Is Uber going to crash into Google? 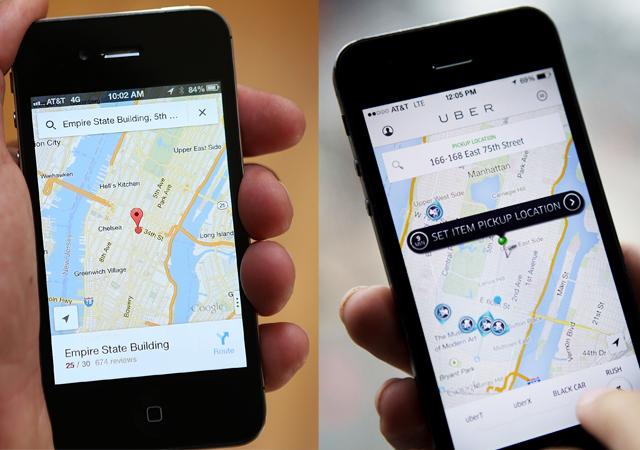 During the Fortune Brainstorm Tech conference last summer, I spent some time chatting with Uber CEO Travis Kalanick about who might make a serious acquisition run at his company. I suggested Hertz (HTZ) , to which he smiled and said something along the lines of “too small” (that proved prescient, as Hertz is currently valued at only $9.75 billion). Then I mentioned Google (GOOG), to which he smiled a bit wider, and said “At least they could afford it.”

Two days later, word came that Google, via its Google Ventures unit, had helped lead a massive investment in Uber at around a $3.5 billion valuation (a subsequent round, led by Fidelity Investments, valued Uber at $18 billion).

The pairing made perfect sense. Google (GOOG) got access to the country’s hottest data-driven consumer startup. Uber got hundreds of millions of dollars, an experienced big-company director and a tacit guarantee that rival Lyft wouldn’t be able to tap the Bank of Mountain View. Plus there’s the whole wildcard of self-driving cars.

But here’s what I’m beginning to wonder: Are the two companies on an eventual collision course? Everyone seems to believe that Uber’s future is on-demand local delivery, with “rides” becoming a founding feature rather than a primary product. It already has built out much of the infrastructure, and has doing trial runs of other products in various markets (i.e., flu shots in Boston last week). Google, of course, also appears to have interest in on-demand delivery, given its recent Express roll-out.

Let’s assume both companies continue moving forward with such plans, and envision a future where “same-day” delivery is about 23 hours too slow. The obvious solution would be for Google ($370b market cap, $60b in cash) to simply buy Uber. Only problem here is I can’t imagine Kalanick selling. Not the sort who wants a boss, even if that boss promises to be hands-off. Nor would any reasonable person want him as a powerful direct report.

So that leads us to the two companies competing, despite the 2013 investment. And this is where it could get a bit ugly, particularly given that Google would still control the dominant search function for many of the goods Uber would be seeking to deliver (a battle Amazon already is fighting).

Again, this is way down the road – and possibly mitigated by Google passing on the opportunity or the two sides forging some commercial deal – but it’s the sort of thing that can happen when a strategic investment works out too well for both sides.