Dodge appeals to muscle car crowd with its Charger 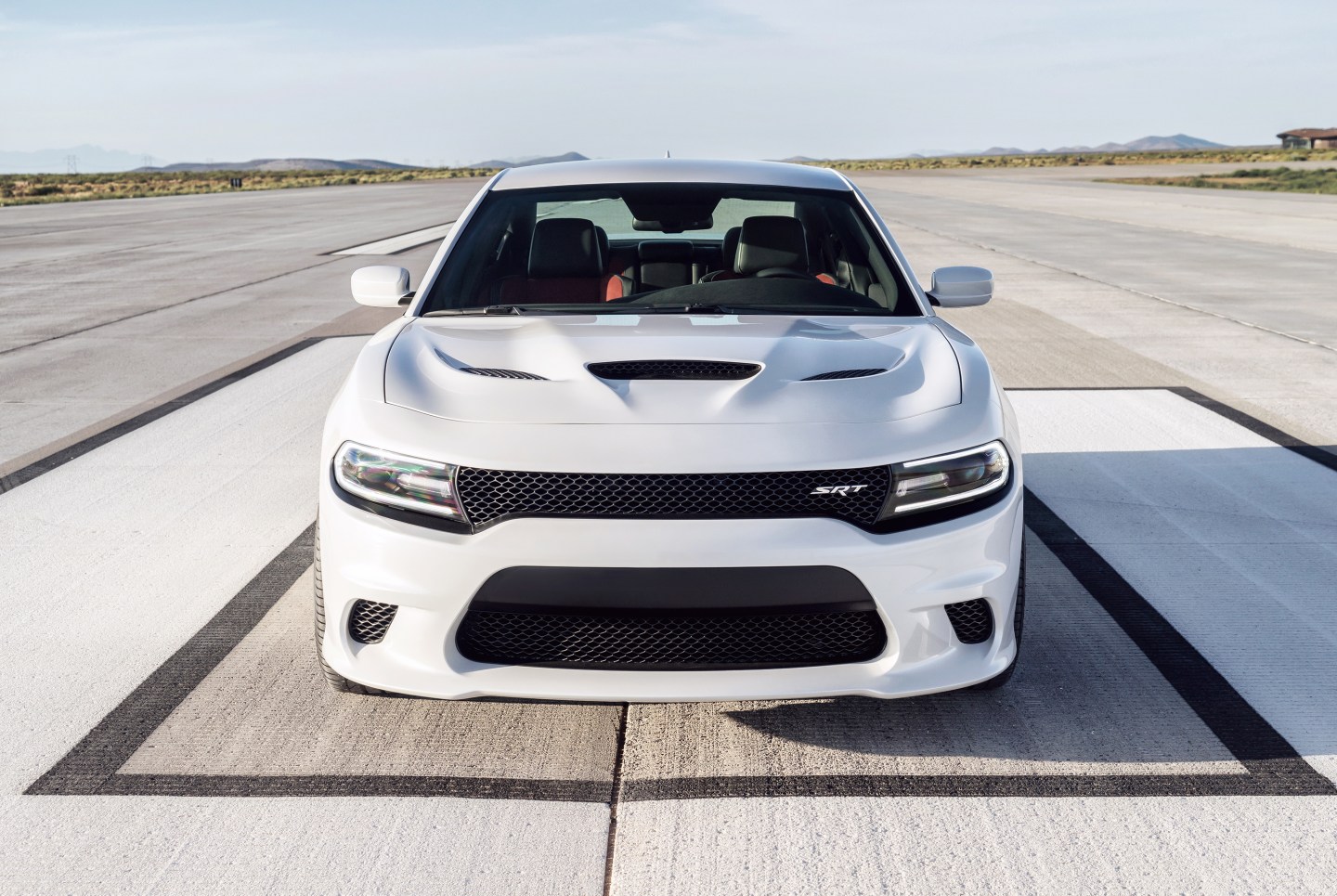 In an automotive marketplace redolent with boasts of fuel efficiency, sustainability and eco-friendliness, Dodge’s new fullsize Charger sedan arrives with a much different and politically incorrect promise: Unapologetic power.

The Fiat Chrysler Automobiles (FCA) brand refuses to relinquish its U.S. audience of muscle-car admirers. Quite the opposite. FCA is promoting Charger with a few highly-powered versions powered by V8 engines, notably the 707-horsepower Hellcat. Built in limited numbers, the fire breathers are mainly meant to stoke demand for a mainstream Charger equipped with a V6 engine.

Strengthening the fullsize sedan is a key element in the makeover of the Dodge brand since 2009, following Chrysler’s bankruptcy and its subsequent merger with Italian automaker Fiat to create a global automaker incorporated in the Netherlands. Ram pickup trucks, once sold as Dodge Ram, has been turned into a separate franchise; while the automaker’s minivan, sold as a Dodge Caravan and a Chrysler Town and Country, soon will be sold exclusively as a Chrysler.

Tim Kuniskis, head of FCA’s Dodge brand, noted that many of today’s sedans “get lost in a parking lot,” since they look the same. Charger’s styling is meant to convey the aggressiveness of speed and power. The vehicle is likely to appeal to fans of NASCAR stock car racing, even though Dodge withdrew from the competition three years ago.

“We wanted to offer something different in a fullsize sedan, some that wasn’t boring,” he said. In addition to the supercharged Hellcat—of which only a few thousand units will be built, at a price of $69,000—Charger also can be purchased with a 485-horsepower V8.

But the Charger that will sell in mass volume is equipped with a 300-horsepower V6. It starts in price at about $28,000 and competes against Chevrolet Impala, Ford Taurus, Toyota Avalon and Nissan Maxima. With a V8, it has become a favorite of police departments and highway patrols.

Increasingly, Chrysler Dodge Jeep and Ram brands are clustered under a single dealership roof. While branding remains separate in advertisements, shoppers might find a Jeep Cherokee, Ram pickup truck and Dodge Charger under the same roof. If that sounds like a dog’s breakfast of brands, it’s also one that seems to be attracting new customers, especially for Charger.

“Our research shows that 40% of Charger buyers have never been in one of our dealerships,” Kuniskis said. “And 60% of those purchases lead to another” among the brands represented by FCA multi-brand dealers.

With energy prices falling, an especially favorable sales environment might be gathering for the new Charger, the third generation of the full-size sedan introduced in 2005. A new Chrysler 300, built on the same architecture as Charger, will be shown in the next few months, adding heft to FCA’s U.S. lineup.

True to its heritage as the automaker that popularized the minivan when others thought it wouldn’t fly, Chrysler has always marched to its own drummer – and not always so successfully. With the new Charger, FCA is sounding a contrapuntal note to the energy saving, diminutive sizing and resource conservation that characterize automaking; it’s a note that could redound to its benefit.