Wait, you can still smoke in an American office? 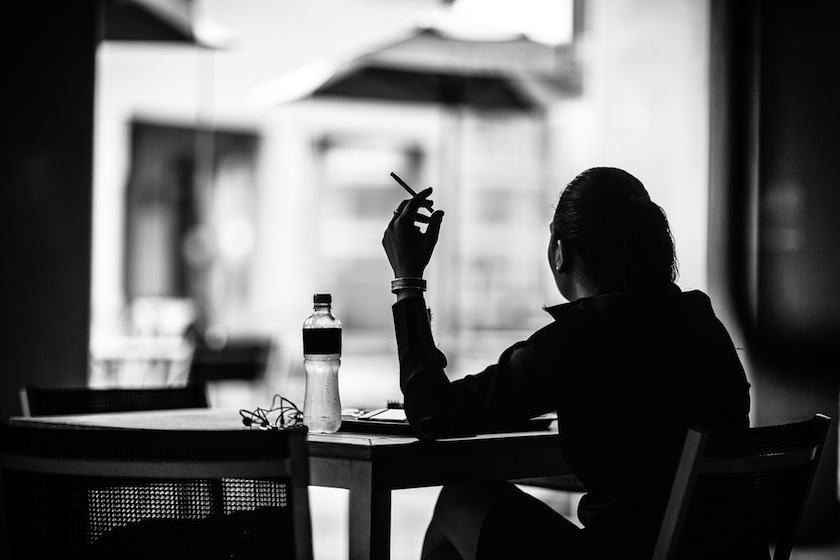 Reynolds American, the maker of Camel and Pall Mall cigarettes, told employees Wednesday that it will ban smoking in its offices and buildings starting next year.

Just as surprising as Reynolds’ (RAI) decision to regulate where its employees light up is the mere fact that, yes, smoking in the workplace is still legal in some parts of the United States.

The only nationwide guidelines on smoking indoors relates to federal buildings and on airplanes. Otherwise, second-hand smoking laws are handled at lower levels of government. “It’s always been legislation that’s bubbled up from the local level to the state level,” says Darryl Konter, health communications specialist at the Centers for Disease Control and Prevention’s Office on Smoking and Health.

In 1990, San Luis Obispo, Calif., a community midway between San Francisco and Los Angeles, adopted the first law in the U.S. that eliminated smoking in bars. In 2002, Delaware became the first state to adopt what the CDC considers a comprehensive anti-smoking law—one that bans smoking in private workplaces, restaurants, and bars. New York followed with a similar law in 2003, as did Massachusetts in 2004, and Rhode Island and Washington State in 2005.

In the 10-year span starting in 2000, “smoke free workplaces, restaurants, and bars went from being relatively rare to being the norm in half the states and Washington, D.C.,” according to a 2011 Morbidity and Mortality Weekly Report by the CDC. That progress, the center said, was “an extraordinary public health achievement.”

Now, 27 states and the District of Columbia have such “comprehensive” laws, with North Dakota as the latest to join the ranks, Konter says. Two states missing from that list, Kentucky and Alaska, are both currently considering state-wide indoor workplace smoking bans.

A surprise no-show on that list is California, a state that’s usually considered a leader in smoke-free initiatives. It allows smoking in some ventilated indoor locations. North Carolina, where Reynolds American is headquartered, prohibits smoking in restaurants and bars, but allows it in workplaces.

The CDC says anti-smoking laws have found success in such a short time span in part because lawmakers and the public consider them worker protection measures that should apply to all employees, even those in restaurants and bars.

The federal Occupational Safety and Health Administration has no regulation that addresses tobacco smoke as a whole. (The agency actually has no indoor air quality standards whatsoever.) OSHA has noted in the past that its rules on air contaminants restrict employee exposure to several of the main chemical components found in tobacco smoke, though in normal smoking situations, exposure to those components would not exceed OSHA’s permissible limits. “As a matter of prosecutorial discretion,” OSHA says, it does not apply its so-called General Duty Clause, which requires employers to provide a workplace free from hazards, to environmental tobacco smoke.

Cathy Callaway, associate director of state and local campaigns at the American Cancer Society Cancer Action Network, told Fortune that the lack of a federal anti-smoking law is by design. There was some talk during the Clinton Administration of instituting a nationwide ban through OSHA, but it was tabled out of fear that a national policy would interfere with the ongoing progress at the state and local levels, Callaway says. Such a federal bill would be ripe for exemptions and could preempt municipalities from passing more stringent laws.

Callaway says it’s easier to have conversations about the risks of second-hand smoke at the local level. Once one city or town institutes a ban and “the sky doesn’t fall down,” she says, the momentum travels from community to community.