JPMorgan exec on investing during unstable times: “Ignore the headlines” 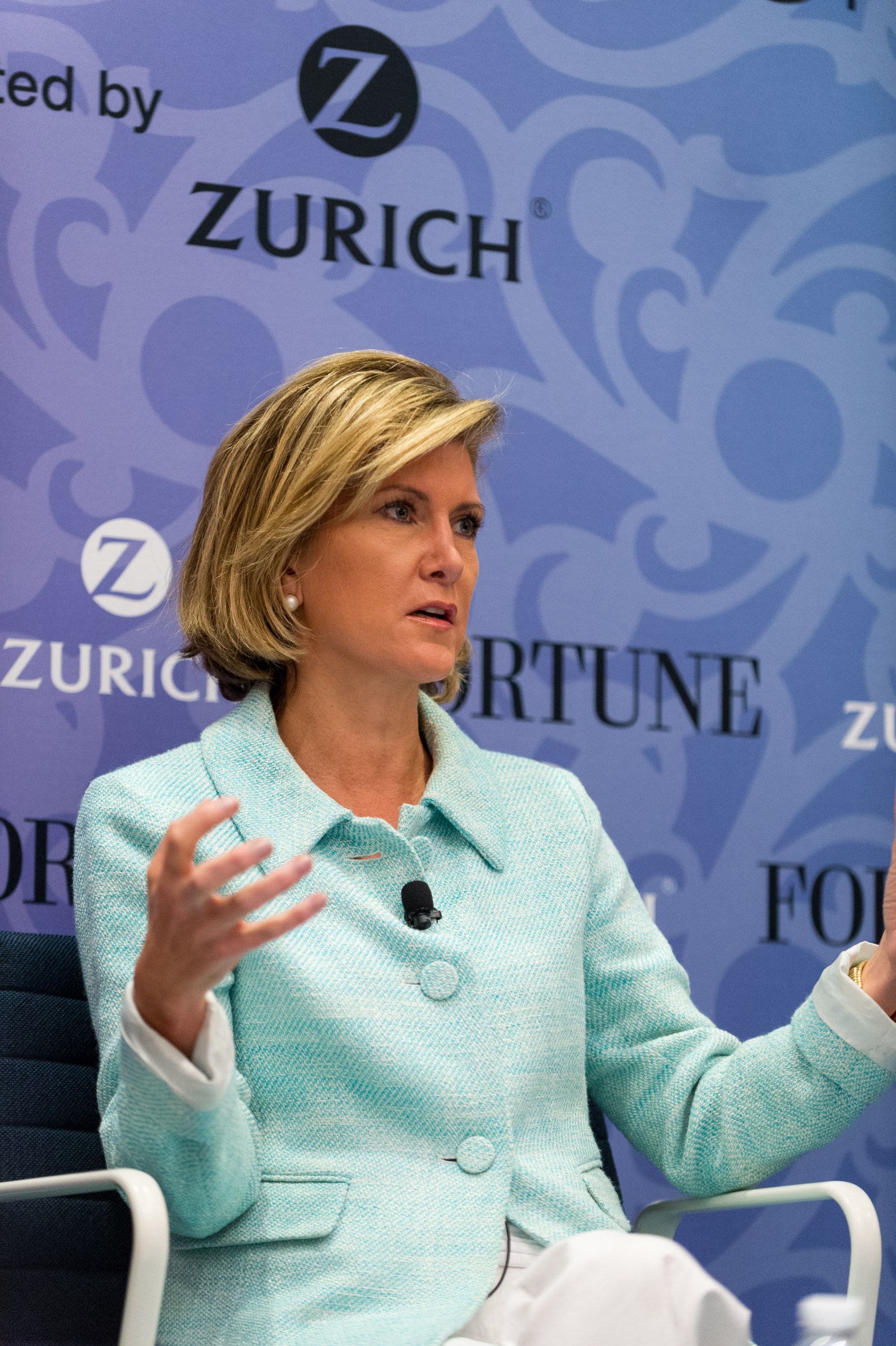 It’s enough to make any investor run for cover. A anarchic state is gaining ground in the Middle East, Russian president Vladimir Putin is flexing his muscles in Ukraine, and a deadly virus has overwhelmed public health infrastructure in parts of West Africa.

But all that chaos doesn’t mean world markets will feel the pain, too.

Despite the headlines, violent conflict actually affects a relatively small portion of the global economy. All of the war-torn areas make up only 3% of the world’s GDP, and only 0.7% of the its stock market capitalization, said JPMorgan (JPM) Asset Management CEO Mary Erdoes at last week’s Fortune Most Powerful Women Summit. Why listen to her? Erdoes’s $2.5-trillion-in-assets business has a record of outsize returns: The exec just announced her division’s twenty-second consecutive quarter of long-term inflows, with record net income for the quarter.

“We have to stay hard and cold about not thinking about those things,” she said. “The world is set up to have a pretty good run here.”

Business should still exercise caution, though. Mona Sutphen, Obama’s former deputy chief of staff and now a partner at Macro Advisory Partners, joined Erdoes on the panel. She said businesses should plan for disruptions wreaked by global tumult, rather than believe they can avoid it altogether. “We spend a lot of time advising companies on how to integrate this thinking into their actual business plan,” she said. Companies should think about the potential for trouble, for example, “How much are we counting on a perfectly seamless supply chain every quarter?”

There are plenty of reasons to worry. Anne-Marie Slaughter, the former director of policy planning for the U.S. State Department had a grim prognosis for the war-torn Middle East, and the American war on terror.

“We’re completely losing the long-term battle,” she said, noting that violence in the region could stretch on for decades. Like Europe’s Thirty Years’ War, current tensions combine religious conflict with territorial claims, she said, “and that is a deadly, deadly combination.”

And there’s the rest of the world, too. Ukraine’s efforts at independence from Russia are further evidence that instead of having a few stabilizing superpowers, the world is careening toward a multipolar political system, said Heidi Crebo-Rediker, the former State Department chief economist and the current CEO of International Capital Strategies. Plus, anemic growth in Europe could result in a “lost decade” for the continent, Crebo-Rediker added.

But ultimately, investors should consider the intrinsic value of the companies and the potential of the countries where they operate — elements that are often unrelated to the jeremiads issued by the world’s media, Erdoes says. “We have to be the ones who stop the short-term noise,” she said. “Should I be in Latin America 10 years from now? Absolutely.”

Get out of cash, and get out of bonds, Erdoes urged. “[You’re better off] closing your eyes and buying stock,” she said. “In 10 years from now, you’ll be much happier.”