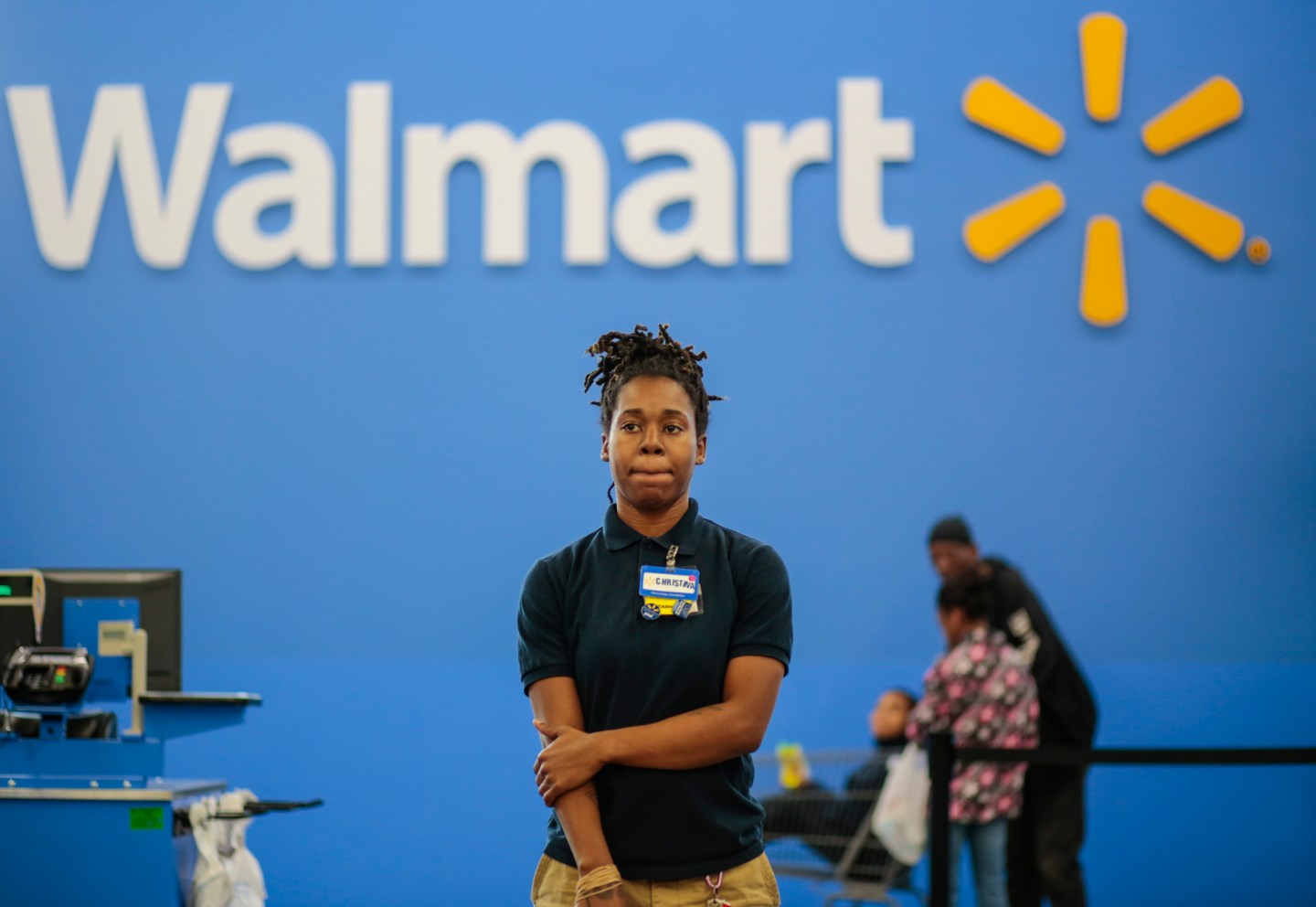 WASHINGTON, DC - DECEMBER, 21: Christina Ford, stands by to help customers at the self checkout registers at a new Wal-Mart in Washington, DC, Saturday December 21, 2013. Ford, who was laid off from her job working at a group home for the elderly and was out of work for more than a year and living in a homeless shelter with her children, was hired by Wal-Mart in October. (Photo by Dayna Smith/For The Washington Post via Getty Images)
Photograph by Dayna Smith — Washington Post/Getty Images

The 2014 Ebola epidemic, already the largest in history, will generate greater stateside attention Wednesday after a second health care worker in Texas has reportedly tested positive for the virus. For those looking for a distraction, Bank of America (BAC) kicked off the day’s earnings reports with a tiny third-quarter profit, while results are expected this afternoon from American Express (AXP) and eBay (EBAY). The energy market will also be closely watched, especially as oil prices slumped Tuesday amid worries of too-high output at a time of weak global demand.

A second health care worker in Texas has tested positive for Ebola, the Associated Press reports, news that further signals the failure of western health systems to completely isolate and stop the virus — which originated in west Africa — from spreading. Health care workers had been treating a Liberian man who had contracted the disease. He lost his battle with the illness last week.

2. All eyes on oil prices

Traders are expected to keep a keen eye on oil prices today after they posted their biggest one-day drop in nearly two years, as a U.S.-led wave of crude output hits the market at a time of weak global demand. U.S. crude oil prices have tumbled 29% since the start of June to $81.84 a barrel on the New York Mercantile Exchange, and The Wall Street Journal reports some analysts predict the price will fall as much as $10 a barrel lower.

Chicago-based pharma group Abbvie said it may reconsider its $54 billion bid for U.K.-based Shire Plc, in part citing the U.S. Department of Treasury’s proposed changes to tax regulations. Pulling out of the deal would cost Abbvie a $1.63 billion break-up fee.

Bank of America reported net income of $168 million for its third quarter, with profitability for the period dented by a litigation charge of $5.6 billion, which was far worse than the $1.1 billion charge the bank reported in the year-ago period. Still, four of BofA’s five businesses reported higher net income than a year ago. On Tuesday, JP Morgan and Citigroup both said they have put aside hundreds of millions of dollars to cover legal costs.

The retailing giant’s top executives, including Chief Executive Doug McMillion, are poised to address investors and media at the company’s 21st annual meeting on Wednesday morning. The presentation comes ahead of the critical holiday season and at a time when the retailer still finds itself pinched by shoppers pulling back on trips to Wal-Mart’s stores, and by cuts to food stamp programs many of its customers rely on.