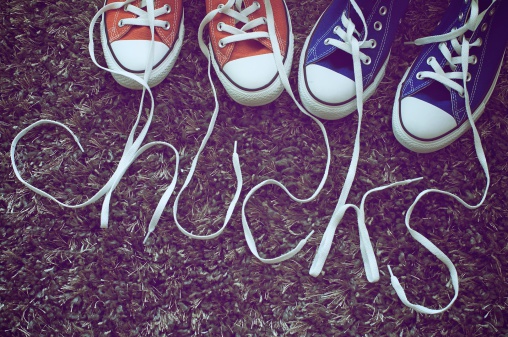 Converse says it is fed up with rival shoe companies selling what the Nike-owned company calls clear copycats of its iconic Chuck Taylor sneakers.

The shoe company said Tuesday that it has filed a trademark infringement lawsuit against 31 different rival shoemakers that Converse says “are mass-producing, distributing or selling sneakers that knock off the look of Converse’s iconic Chuck Taylor.” The lawsuit, which was filed in federal court in New York, names Skechers USA (SKX), Wal-Mart (WMT), FILA, Ed Hardy, K-Mart and Ralph Lauren (RL) as defendants, among others.

The shoes in question – also known as Converse All Stars, Chuck Taylor All Stars or, simply, Chucks – have been manufactured by Converse since 1917, the company said in a press release announcing the lawsuit. Converse is suing over alleged infringement of multiple trademarks for the shoes, including the rubber cover on top of the shoe’s toe and the “diamond pattern” on their bottom soles.

Chuck Taylors, which are made of canvas, are among the most recognizable shoes around. They harken back to the days before high-tech footwear and hundred dollar sneakers. The high top versions are perhaps the best known, but they come in low-tops versions as well. Converse is not claiming any infringement of the shoe’s star logo in the lawsuits.

“Our decision to bring these lawsuits is grounded in the basic principle of fairness, our well-established right and responsibility to protect Converse’s intellectual property, and our commitment to prevent consumer confusion in the marketplace,” Converse CEO Jim Calhoun said in a statement. “For generations, the Chuck Taylor, universally known as the ‘Chuck’, has captured the hearts and minds of millions of consumers, selling over a billion pairs globally during the past century. We welcome fair competition, but we do not believe companies have a right to copy the Chuck’s trademarked look.”

Converse added that cases of what it deems “knockoff Chucks” have really picked up since 2008, with the company claiming that it has served more than 180 cease and desist letters related to its Chucks trademarks in the past six years. The company says the lawsuits filed Tuesday “are a necessary step toward bringing a stop to this infringing activity.”

A Skechers spokeswoman said the company does not comment on pending lawsuits.