Apple’s been-way-too-long event: What to watch for on Thursday 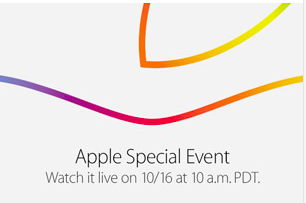 I hear there will be new iPads and new iMacs for sure, maybe a new Apple TV and, according to re/code’s John Paczkowski, absolutely no Retina MacBook Air.

If none of that excites you, you’re not alone. Even tech reporters whose bread is buttered by Apple hardware reviews are having trouble getting up for this one.

But Apple is bringing more than refreshed hardware to the show in Cupertino on Thursday Oct. 16.

This week’s two tent poles, as far as I’m concerned, will be the arrival of OS X Yosemite and the launch of Apple Pay. A possible third, if smaller, tentpole: A software developers kit for Apple TV.

Taking it from the top:

Apple’s Oct. 16 event is scheduled to begin at 1 p.m. ET (10 a.m. PT) in Apple’s Town Hall auditorium. I’ll be monitoring it remotely — or trying to — and you can too. Apple has promised to stream it live, hopefully this time without hiccups or a Chinese sound track. Here’s the link: It’s been way too long.