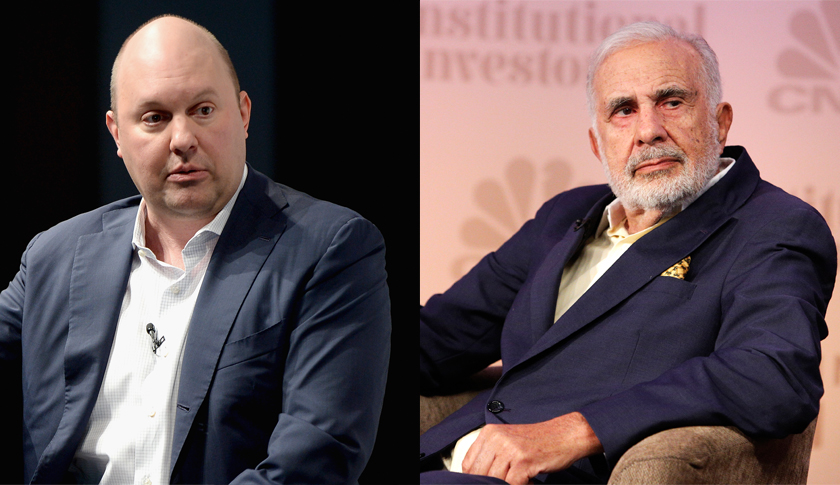 Just last week, Andreessen referred to Icahn as an “evil Captain Kirk” the prior day on CNBC. Sounds like he was still bristling over Icahn’s accusations from earlier this year that he had been self-dealing back in 2009, when his firm participated in a partial buyout of Skype from eBay (EBAY), where Andreessen was (and is) a director. Or maybe over Icahn’s gloating that eBay (and, by extension, Andreessen) recently agreed to spin off PayPal, after more than month of strenuously telling Icahn that such a plan was poorly conceived.

Icahn, of course, took to the airwaves one day later to say: “Andreessen, he’s screwed more people than Casanova… Yet, he goes and he takes this attitude that he’s on the high moral ground and he just is as annoying as hell, to me, that a guy like that is still on this board after what the hell he did at Skype.”

Beneath all of the back-and-forth bluster, however, Icahn and Andreessen actually share a fundamental belief that tech companies are being undervalued by the public markets.

Icahn’s big argument here relates to Apple, in which he’s accumulated around 53 million shares. Late last year he pushed for a massive stock buyback, and backed off after the company launched a much smaller tender. Last week he resumed his buyback agitation, arguing that the company should be trading at $203 per share (i.e., around twice its current price). Not only does Icahn believe the market is undervaluing Apple’s growth prospects, but he can’t understand how it is trading at lower P/E ratio than is the broader S&P 500 (both today and based on Icahn’s fiscal 2015 projections).

This tech P/E ratio drum is something Andreessen has been banging for a while, particularly when fighting back against suggestions that the tech market is in the midst of a valuation bubble. For example, here was what he wrote just a few hours before making his “Captain Kirk” comments:

Or this tweetstorm from back in April:

Moreover, Andreessen colleague Jamie McGurk recently blogged about how forward P/E multiples for the S&P tech index have trailed the S&P industrials index for the past five years, after having vastly outperformed it for the prior five years.

Perhaps the conclusion is as follows: Never let personal animosity get in the way of a good investment thesis.

Sign up for Dan’s email on deals and deal-makers: www.GetTermSheet.com