How Carl Icahn figures Apple is worth $203 per share 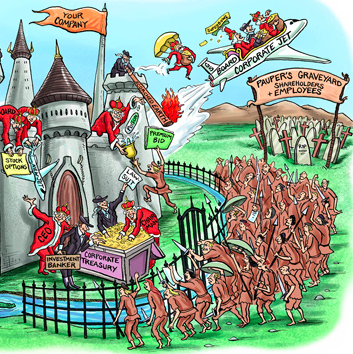 You have to wade through thick paragraphs of wheedling, flattery, product assessment and unabashed self-aggrandizement to get there, but buried in Carl Icahn’s rambling 4,200-word “letter to Tim Cook” is his justification for the highest Apple price target on Wall Street — nearly twice the current consensus.

His argument takes some wild leaps — he likes to compare P/Es in the hand with P/Es in the bush — but the math is there for anyone to see: (I quote)

The literary device of a “letter” to Cook breaks down pretty quickly. Apple’s CEO doesn’t need to be told how great Apple’s products are. Or how “flawed and fragmented” Google’s Android.

What also breaks down is the logic of his pitch to Apple’s board of directors for a massive tender offer to repurchase shares.

According to Icahn, self interest will soon force mutual funds to pour money back into Apple. But if that’s inevitable, why would the company need to enlarge what is already the largest share buyback in the history of capitalism?

No, this isn’t a letter to Tim Cook at all. It’s a letter to investors, telling them to buy Apple before it’s too late.

And taking credit in advance for any gains in Apple’s stock price.