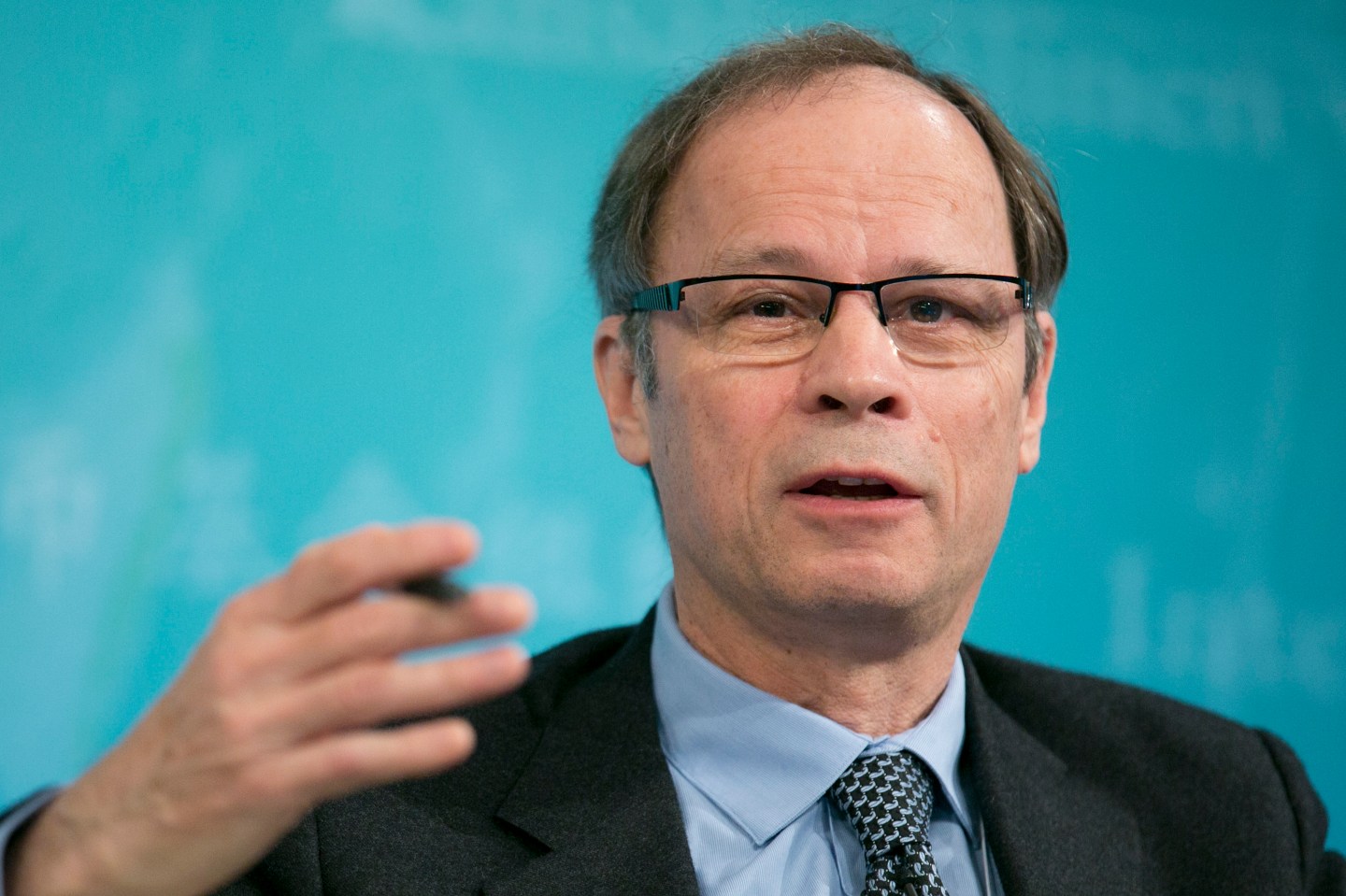 Jean Tirole, professor at Massachusetts Institute of Technology (MIT), speaks at a macro policy discussion during the International Monetary Fund (IMF) and World Bank Group Spring Meetings in Washington, D.C., U.S., on Wednesday, April 17, 2013. As much as 20 percent of non-bank corporate debt in the weakest euro-area economies is unsustainable and may force companies to cut dividends and sell assets, dealing further blows to investor confidence, the IMF said. Photographer: Andrew Harrer/Bloomberg via Getty Images
Photo by Bloomberg — Getty Images

Tirole, a professor of economics at Toulouse University, won for his “analysis of market power and regulation.”

The annual economics prize is awarded by the Royal Swedish Academy of Sciences, and not by the Nobel Institute. It is formally called the Sveriges Riksbank Prize in Economic Sciences in Memory of Alfred Nobel.

“Jean Tirole is one of the most influential economists of our time,” the Royal Swedish Academy of Sciences said in a statement. “He has made important theoretical research contributions in a number of areas, but most of all he has clarified how to understand and regulate industries with a few powerful firms.”