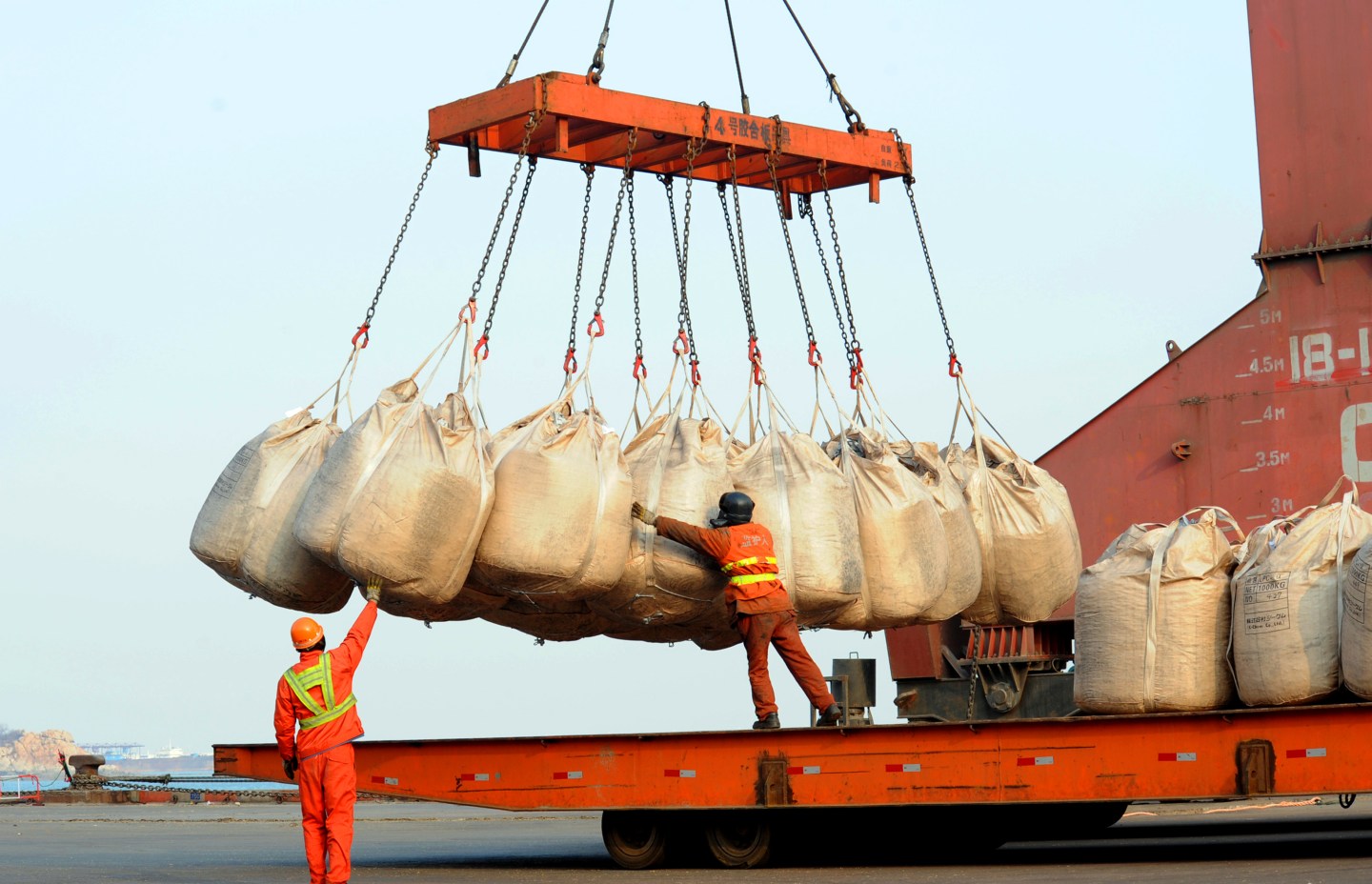 You know things in the markets are bad when they don’t even react well to what appears to be good news.

Fears that the world economy was slowing down too fast threw global stock markets into a funk last week, so it might have been expected that better-than-forecast trade data from China, the world’s second-largest economy, would have injected a bit of optimism into everyone’s Monday morning.

China’s exports rose 15.3% on the year in September, accelerating from a rate of 9.4% in August and comfortably above the 12% expected. Shipments to the U.S. and E.U. both grew by around 15%, a particularly decent clip in the case of Europe, where Germany, France and Italy have all but ground to a halt.

But Asian stock markets continued to sell off Monday, partly because of fears–not for the first time–that there may be something fishy about the numbers. The benchmark Shanghai index fell 0.4%, and the Japanese Nikkei fell 1.2%.

Specifically, exports to Hong Kong leaped 34% on the year in September, having been down 2.1% in August. That suggested to some that much of the improvement in the data might not be down to real exports as such, but rather to disguised bets on the foreign exchange market.

China’s capital account is tightly controlled and only allows foreign exchange to be bought or sold when needed for real underlying trade. As a result, mainland businesses often fake invoices to subsidiaries in Hong Kong to generate phantom exports or imports when they want to take on, or reduce, exposure to swings in currency markets. Analysts at ANZ noted that the rise in exports to Hong Kong were “coincident with the renewed renminbi appreciation in the last few months.”

But there were more encouraging signs from the other side of the trade data. Imports rose 7% on the year, having fallen 2.4% in the year to August, but perhaps not for the reasons either Beijing or western economists would want. Much of the increase was due to more purchases of iron ore (for steel) and crude oil–hardly clear evidence of the kind of rebalancing towards domestic consumption that the authorities are aiming for.

China’s government is trying to sustain a growth rate of around 7.5% this year. The International Monetary Fund, whose gloomy predictions last week were one of the triggers for the market sell-offs, left its forecast for this year and 2015 unchanged at 7.4% and 7.1%, respectively, even while it downgraded it forecasts for most of the rest of the world. Many analysts are concerned that the collapse of a real estate bubble may lead to a sharper slowdown.