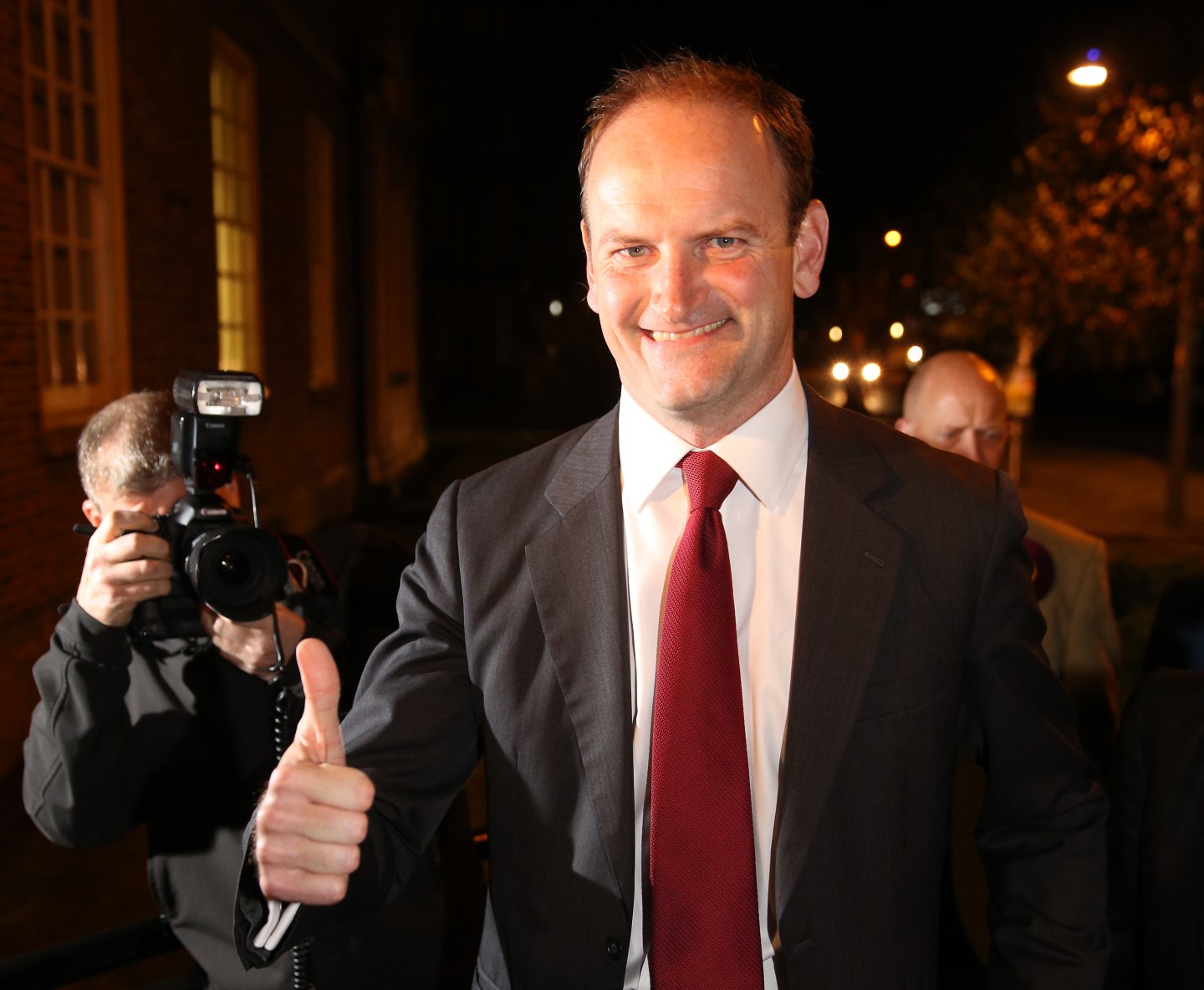 The next big political crisis for Britain is looming large again Friday, less than a month after the last one ended.

In two by-elections, the U.K. Independence Party (UKIP), whose central policies are to take Britain out of the European Union and clamp down hard on immigration, won its first seat with a resounding victory over the ruling Conservative Party in Clacton-on-Sea in south-east England.

It also came within a whisker of an even more shocking victory in the constituency of Heywood and Middleton, a suburb of Manchester that has been a stronghold of the center-left Labour Party for decades.

The results are a big shock for the two parties that have dominated British politics for the last 100 years, and the latest proof of how deeply disillusionment with the country’s traditional political elite runs. In a sense, they are the English echo of the huge, and very nearly successful, protest vote against the status quo in last month’s referendum on Scottish independence.

Yet they are no flash in the pan: long regarded as a fringe party mad up what Prime Minister David Cameron called “fruitcakes, loonies and closet racists”, UKIP beat both the Conservatives and Labour in this year’s European elections in May with 27% of the vote–one of many ‘protest parties’ across the E.U. to make gains at the expense of mainstream ones.

With only seven months to go before the next general elections in the U.K., the likelihood of it winning more seats in the next parliament–even holding the balance of power–has risen sharply.

That’s an alarming prospect for much of U.K. business and for the foreign companies that have invested in the U.K. because of its location in the European Union, still the world’s largest single market area. The loss of automatic access to the E.U. market would have a profound and mainly negative effect on industries from car-making to banking, most analysts say.

The pound fell below $1.60 for the first time in nearly a year against the dollar on the back of the results, as investors factored in the rise in political risk for all U.K. assets. By mid-morning in London, it had recovered slightly to $1.6056.

Under pressure from UKIP, Cameron has already had to promise a referendum on leaving the E.U. if he’s re-elected. That is principally a concession to the many–largely older-generation–Conservative members who have defected to UKIP over the Europe issue. UKIP’s victorious candidate in Clacton, Douglas Carswell, had won the seat as a Conservative in 2010 and the by-election was only forced by his resignation from the party earlier this year.

Cameron’s gamble is that the threat of a U.K. exit will force the E.U. to hand back more powers to national governments–a wish shared by many of the 28 member states’, but one that sits uncomfortably with the Conservatives’ own commitment to a properly-functioning common market that can break down national protectionism.

With support for the pro-E.U. Liberal Democrats (currently the junior partner in the Conservative-led coalition government) collapsing, that