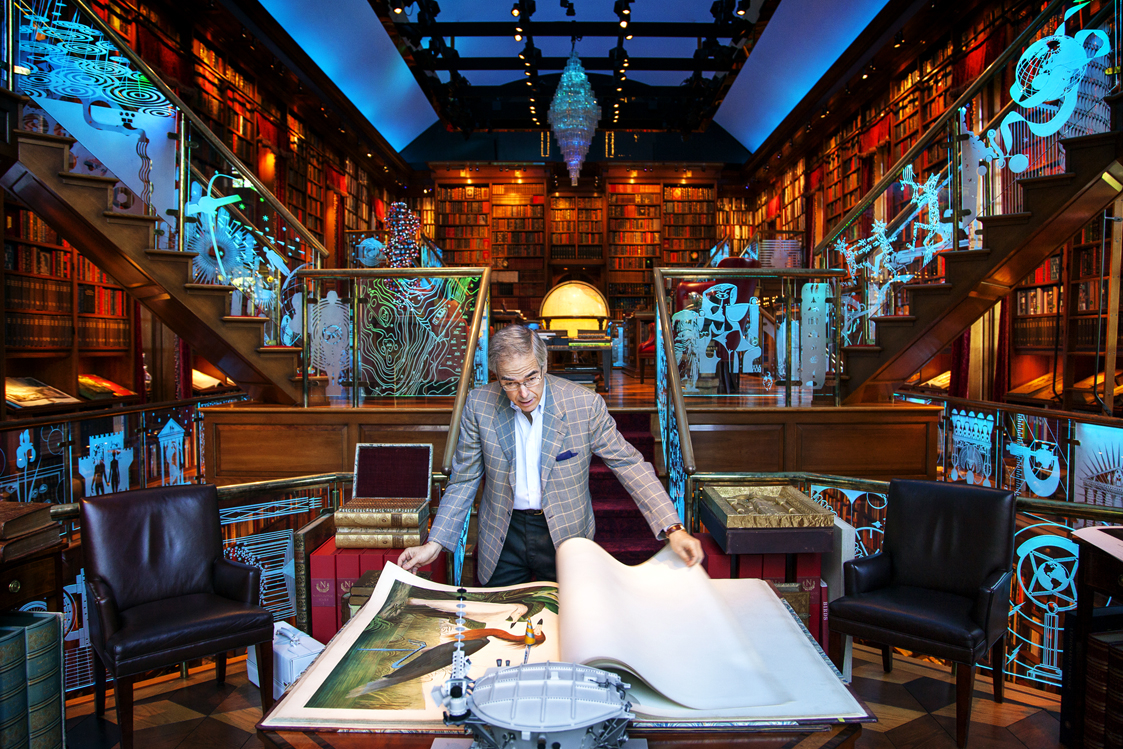 Replete with hidden passageways and mysterious iconography, the room looks as if it belongs on screen next to Harry Potter or Indiana Jones. Its ancient books and relics could have been lifted from the Smithsonian—or the long lost Library of Alexandria. But this sprawling collection is in a private home in Ridgefield, Conn., an hour outside Manhattan, set back from a forested winding road. Walk into a side entrance in what seems a typical exurban manse, past a pile of still-unopened Amazon packages, and you are thrust into a bibliographic time warp—a strange archive with three-story-high bookshelves and hanging artifacts like an original backup to Sputnik. It all belongs to Jay Walker, the founder of Priceline and a serial entrepreneur and inventor.

On an early morning tour, Walker fairly skips across centuries in his library, which aims to span the history of human imagination. By the entrance are a first printing of the Magna Carta and a rare copy of the Declaration of Independence; downstairs, the coronation book of Louis XVI and a motherboard signed by Steve Wozniak. Mixed in this mélange are books and books—most arranged not by subject, but rather “randomly by height.”

There is no catalogue. Walker is the only person alive who knows what his library holds—texts and subtexts alike. With the artist Clyde Lynds, Walker has created his own modern hieroglyphs in the glass panels of the staircases. (Each etching represents a different human invention.) And as for those hidden ­passageways, Walker will reveal only that “whole walls move.” When pressed for details, he says certain books must be pushed but won’t say which. With such a grand athenaeum, you might expect Walker to be nostalgic about what he accepts as the decline of the printed word. Not exactly. “The end of writing isn’t here, the end of reading isn’t here, but the end of limited access is here,” he says. “Everybody has a library like this. It’s called the Internet.”