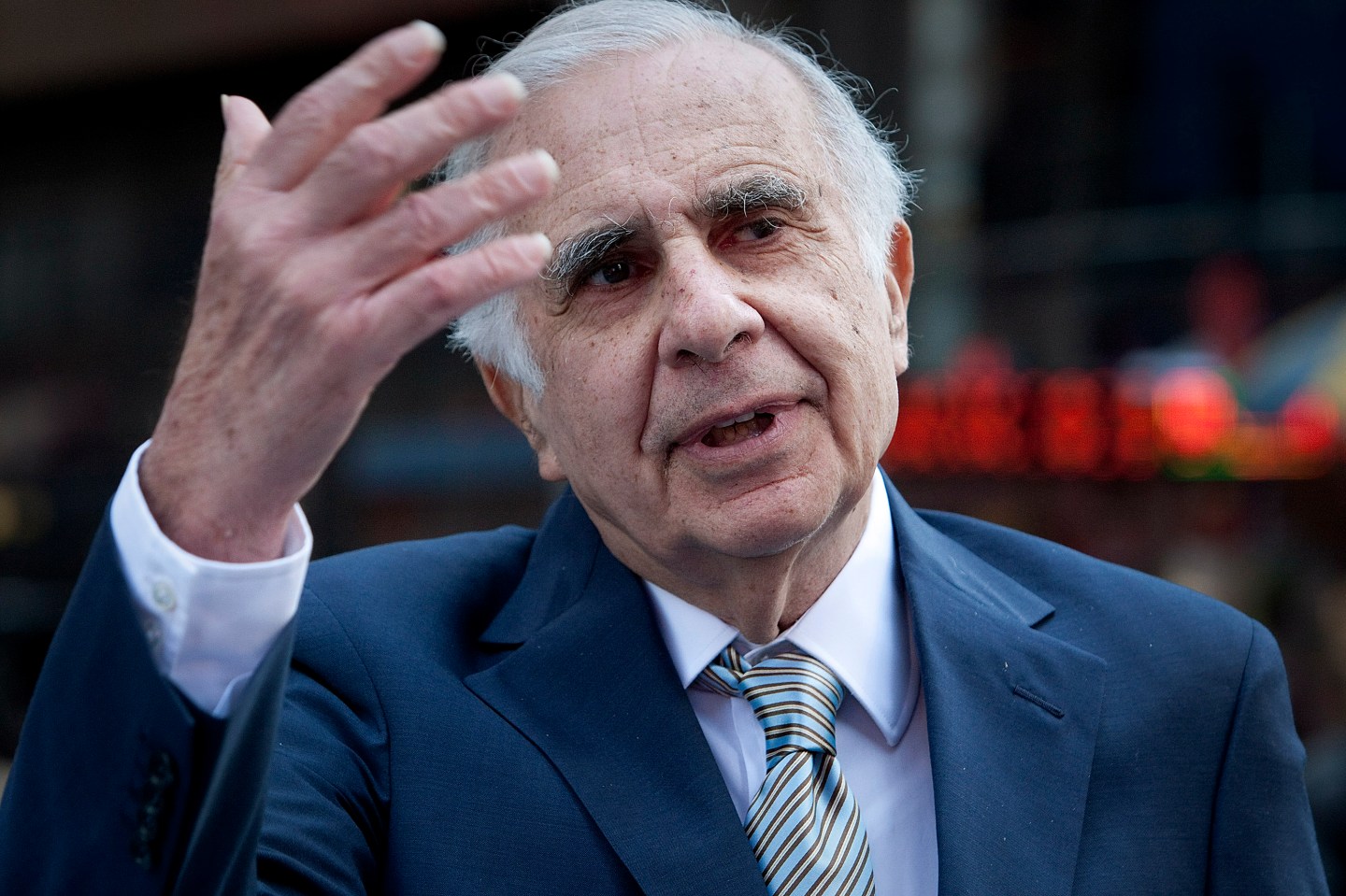 Carl Icahn is looking for nearly $100 billion worth of share buybacks from Apple, he told CNBC Thursday.

The activist investor sent a message Thursday to Apple’s CEO Tim Cook that he believes Apple (AAPL) is too cheap. It’s trading at a price-to-equity multiple of less that half of where it should be for fiscal 2015, he claims. He wants the company to up its buyback program using some of its $133 billion net cash, which would help increase earnings-per-share returns for all shareholders.

When asked how big of a buyback he was looking for, Icahn hedged his bet before naming a price.

“I’d like to go all in, but they’d never do that,” said Icahn. “I’d like them to do a massive tender offer … as much as $100 billion. This would really change the whole paradigm.”

The note to Cook was co-signed by Icahn as well as his son Brett Icahn and director of Icahn Management David Schechter. They believe that Apple’s stock should be worth $203, more than double where it trades today.

“I look at things very simply, and simply, this is the greatest industry in the world right now, the mobile phone and the iPad. You really can’t compete with Apple,” said Carl Icahn. “It’s not a question of taking market share, just a question of how far Apple can go with this because they’ve built this great ecosystem.”

Prior to releasing the note publicly, Carl Icahn spoke directly with Cook, who agrees that the company’s stock is undervalued. Cook remained non-committal when it came to the question of a tender offer, though Carl Icahn remains optimistic that it will happen.

“As an old poker player, I put all my chips in the pot that they will do this buyback,” he said.

Icahn isn’t the only billionaire investor who thinks Apple is undervalued. Omega Advisors founder Leon Cooperman told CNBC that he believes the stock is 20% undervalued.

Cooperman, who holds about 1.3 million Apple shares, isn’t taking the same tack as Icahn, though. He says he will leave it up to the company’s management on any share repurchases.

Icahn recently launched a campaign for online retailer eBay to spinoff its PayPal unit, which came to fruition last week.

He also pushed Apple for more share buybacks late last year, even launching a proxy campaign. He only backed down in February after the company repurchased about $14 billion shares–significantly less than the $136 billion Icahn had wanted.