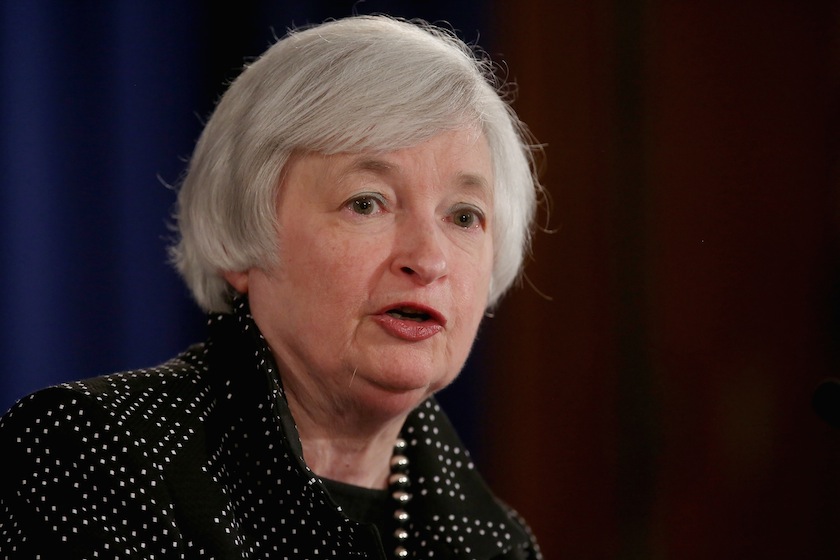 The roller-coaster week on global stock markets continued Thursday as Asia and Europe rebounded, following Wall Street’s gains on Wednesday in response to the publication of the Federal Reserve’s latest thinking over the economic outlook.

Minutes from the Fed board’s September meeting had suggested that the dollar’s sharp rise in the foreign exchange markets in the last three months would cap inflationary pressures and reduce the need for an early rise in interest rates. Shares in China, India and Indonesia all rose strongly in response (although Japan’s Nikkei index lagged with a 0.7% drop as the dollar fell against the yen, hitting Japanese exporters).

But by lunchtime in Europe, momentum was starting to fade, with most continental markets giving up early gains on persistent fears for the strength of the European economy. The U.K., French and Italian markets swung back into the red, while the German market was up only 0.5%

There had been another set of weak figures out of Germany earlier, underlining the freakish impact of the timing of state holidays this year. Exports fell 5.8% in August, their sharpest decline in five years, down according to the statistics office Destatis. They were down 1% from a year earlier.

A closely-watched report from Germany’s leading economic research institutes separately noted that growth has “slowed markedly” , and blamed the government itself for not investing enough. It also said government action to cut the retirement age set a nationwide minimum wage were having a negative effect on business investment and hiring.

Meanwhile the U.K.’s Treasury chief, George Osborne, said growth has probably peaked in the short term, reinforcing the message sent by data on output and house prices earlier in the week.

The prospect of central banks keeping the money taps open for longer continued to keep bonds at giddying heights, however, as investors chase anything offering a halfway decent return. The Irish government, which only four years ago was essentially bankrupt, managed to sell a new 10-year bond Thursday at the unprecedentedly low yield of 1.63%. At the same time, Italy, whose government already owes over 120% of GDP and whose debts are growing faster than the economy, has a 10-year bond yield of 2.28%.

Elsewhere, the price of oil rebounded slightly on the implication that loose central bank policy will support demand. However, the benchmark crude contract on the New York Mercantile Exchange as of 0700 Eastern Time was still only 20 cents off its lowest level since December 2012 at $87.34 a barrel.

The world’s most important commodity is looking weak against a backdrop of rising supply from the U.S., and rebounding output from Libya and Iraq. Saudi Arabia, the world’s biggest exporter, last week announced a sharp cut in selling prices for Asian customers, signalling that wasn’t prepared to cut output to support prices any time soon.

Weak energy prices are normally welcomed by central banks such as the Fed because they reduce inflationary pressure in the system.

Normally, oil traders can count on geopolitical tensions to keep prices high, but even in a week when it has dominated the headlines, the intense fighting between Kurds and Islamic State fighters in northern Syria hasn’t been able to achieve that.

NOTE: This article has been updated to include elements of fall report from the German research institutes.