U.S. to screen passengers from West Africa for Ebola at 5 airports 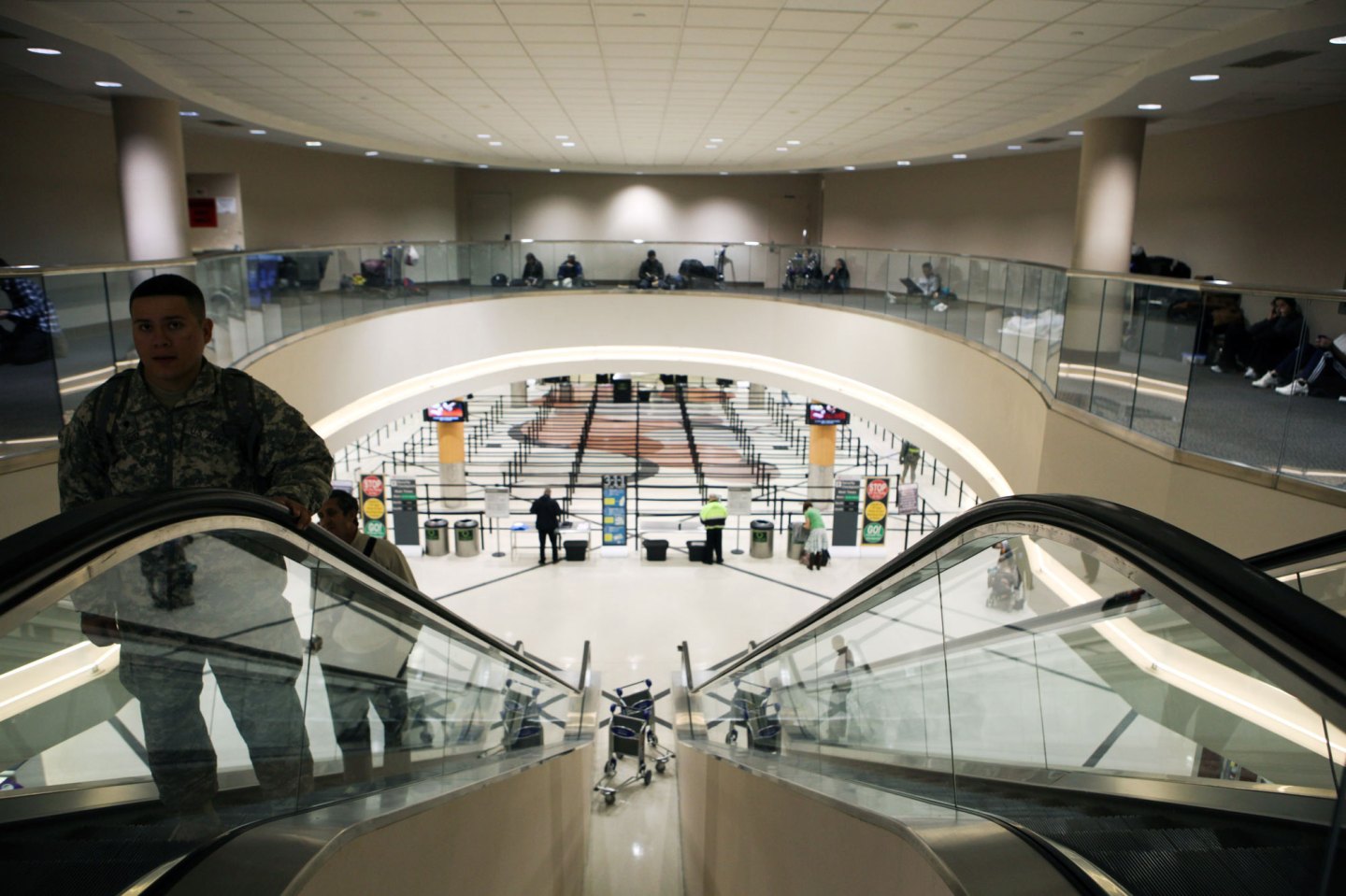 ATLANTA, GA - JANUARY 10: The security lines (background) remain empty as delayed passengers find places to sit around Atlanta Hartsfield-Jackson International Airport after a snow storm on January 10, 2011 in Atlanta, Georgia. Atlanta Mayor Kasim Reed and Georgia Governor Sonny Perdue declared a state of emergency because of snowfall and ice across Atlanta and Georgia. A winter storm stretched across the Southeast as freezing rain and sleet followed on the heels of a heavy snow that blanketed the region. (Photo by Jessica McGowan/Getty Images)
Photo by Jessica McGowan—Getty Images

“We think that the risk of an outbreak here in the United States is incredibly low,” Earnest said, just hours after the first patient to be diagnosed with the deadly disease in the U.S. died.

Earnest said about 150 people fly through those airports from affected West African countries every day, accounting for “94% of individuals who travel to the U.S. from the three countries currently affected by Ebola right now.” Earnest said existing screening procedures on the ground in West Africa had prevented “dozens” of would-be travelers who displayed Ebola-like symptoms.