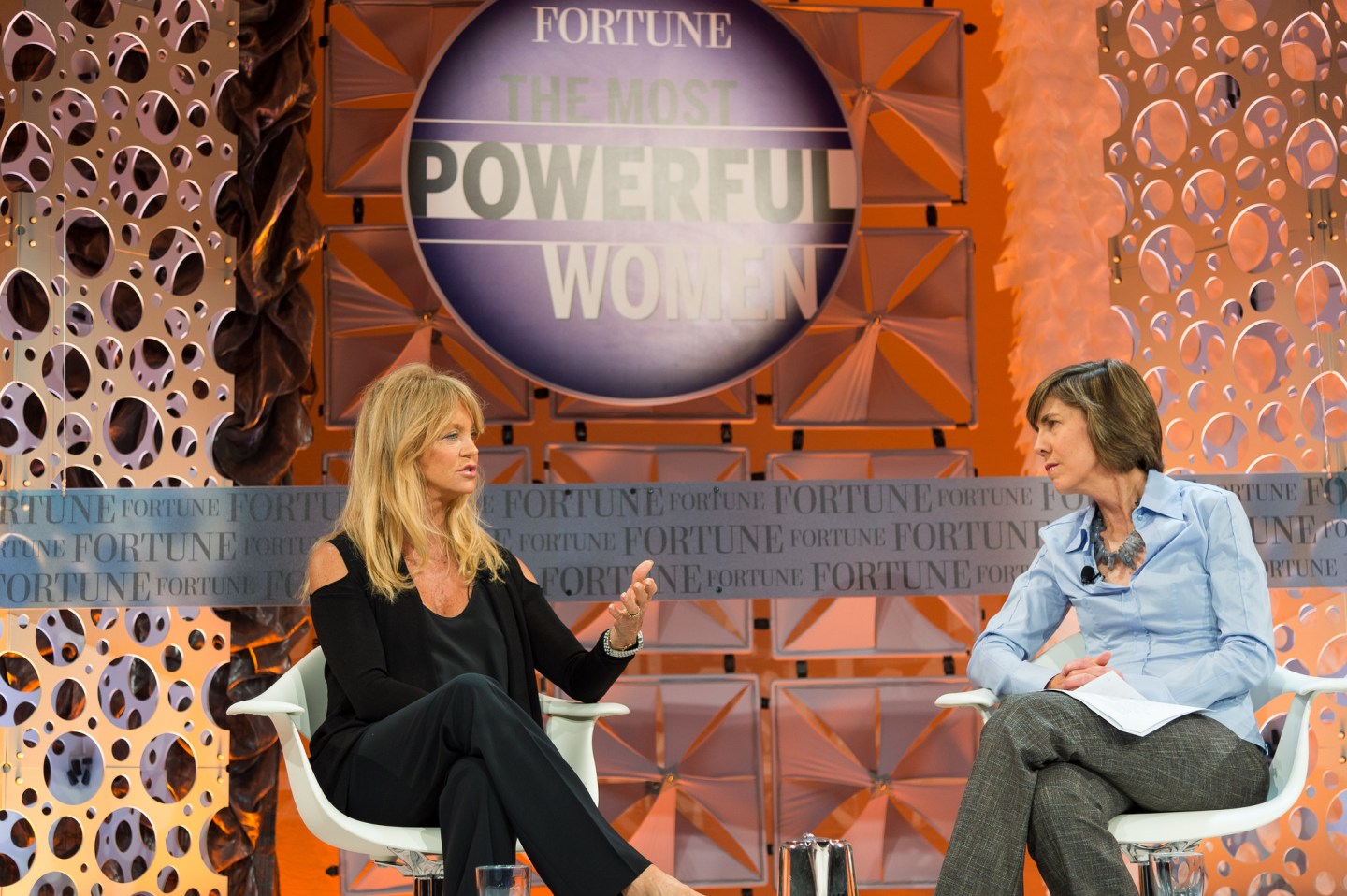 “We are in a mental health crises today with over 13 million children on psychotropic medications because they can’t focus and have anxiety disorders,” she said. “The suicide rate is up, depression is up, and grades are down.”

Hawn, mother of three—including actress Kate Hudson—and grandmother of five, set up the Hawn Foundation in 2002, which she said plays into her endless love of children.

The 68-year-old actress has created a program called MindUP which takes brain science into the classrooms to teach kids how their brain works and to impart to them a better understanding of their neurological connections to their emotions. The aim is to help kids understand their emotional state and equip them with tools to calm themselves down and be able to cope without spinning out of control.

Hawn talked about the urgent need of bringing this awareness into classrooms to reduce the dependency of children on drugs. “Children are not feeling the empathy today,” she said. “There is far too much bullying and hatred and polarization.”

MindUP helps children reconnect with their emotions by teaching social skills that have been stolen from them in the age of mobile devices. The program, which Hawn started in Canada, has expanded to the US, UK, Honk Kong, Australia, Serbia, and South America, impacting 300,000 children globally, including over 1000 kids in schools across the US.

The results have been dramatic: Children who have embraced the program reported being more relaxed, more empathetic, and optimistic. According to the program statistics, over one-third of 3rd graders have shown greater emotional control, bullying is down significantly, and executive function is up among these kids.

Even as Hawn is focused on taking the program viral, digitalizing it and creating mobile apps, she said she is also ready for another stint at acting after a 13-year hiatus.