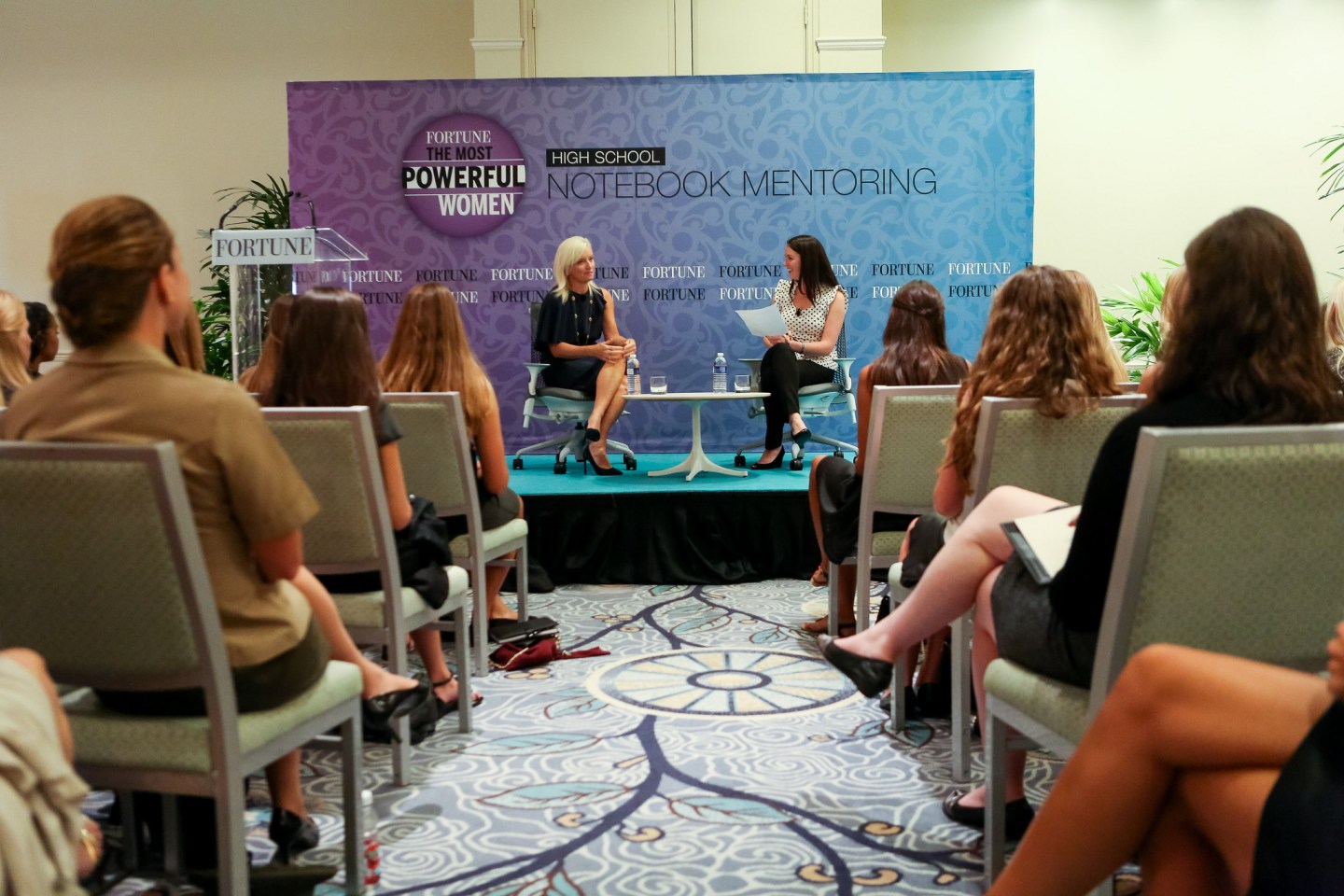 In a Fortune-initiated mentoring program for high school girls, Carolyn Everson, Facebook’s Vice President of Global Marketing Solutions, joined Colleen Leahey, of Fortune’s Most Powerful Women Summit, held at the Ritz-Carlson hotel in Laguna Niguel, California, in a conversation on what it takes to succeed outside the beaten path.

Everson’s message to the 31 mentees—girls with parents in the armed forces stationed at nearby Fort Pendleton—was clear: “Don’t worry about plotting out your entire life because you don’t know what’s going to be around in a few years. Be opportunistic instead, and follow your passion.”

That’s the path Everson choose, open to all possibilities, as she zigzagged from Disney (DIS) to Zagat to MTV, with a short stint at Microsoft (MSFT), before taking on the top advertising job at Facebook (FB). But the 42-year-old mentor revealed a turning point, and a little known fact, early on that path. In 1998, riding the first dot-com wave, she helped get Pets.com off the ground, while studying at Harvard Business School. Three weeks later the CEO of the start-up fired her. Everson was devastated, having lost a lot of money, and it took her a few weeks to get out of bed. But she did, and learnt a life lesson along the way: It’s ok to get fired; it’s ok to fail. “There are going to be bumps in the road, but believe in yourself, and have self-confidence,” she told the group of aspiring girls, mentioning Facebook’s motto: “Fail harder”.

Addressing a growing demand for more women engineers in Silicon Valley, Everson pointed out an urgent need for not just women who specialize in computer science, but also for women in technology who can’t code, yet understand how technology is transforming their lives. “Understanding and appreciating the impact technology has on business—that there are more mobile phones in the world than people or tooth brushes—qualifies you for a tech job,” she said. “Coding skills are an added bonus.”

Joined by a room full of MPW mentors, including Cinnabon CEO Kat Cole, fitness guru Tracy Anderson, and Goldie Blox founder Debra Sterling, Everson echoed a common sentiment: “Career and family, you can have it both. It’s not about work life balance; it’s all about work-life integration.” Quoting NFL player, Michael Strahan, she concluded, “It’s never if, it’s when.”