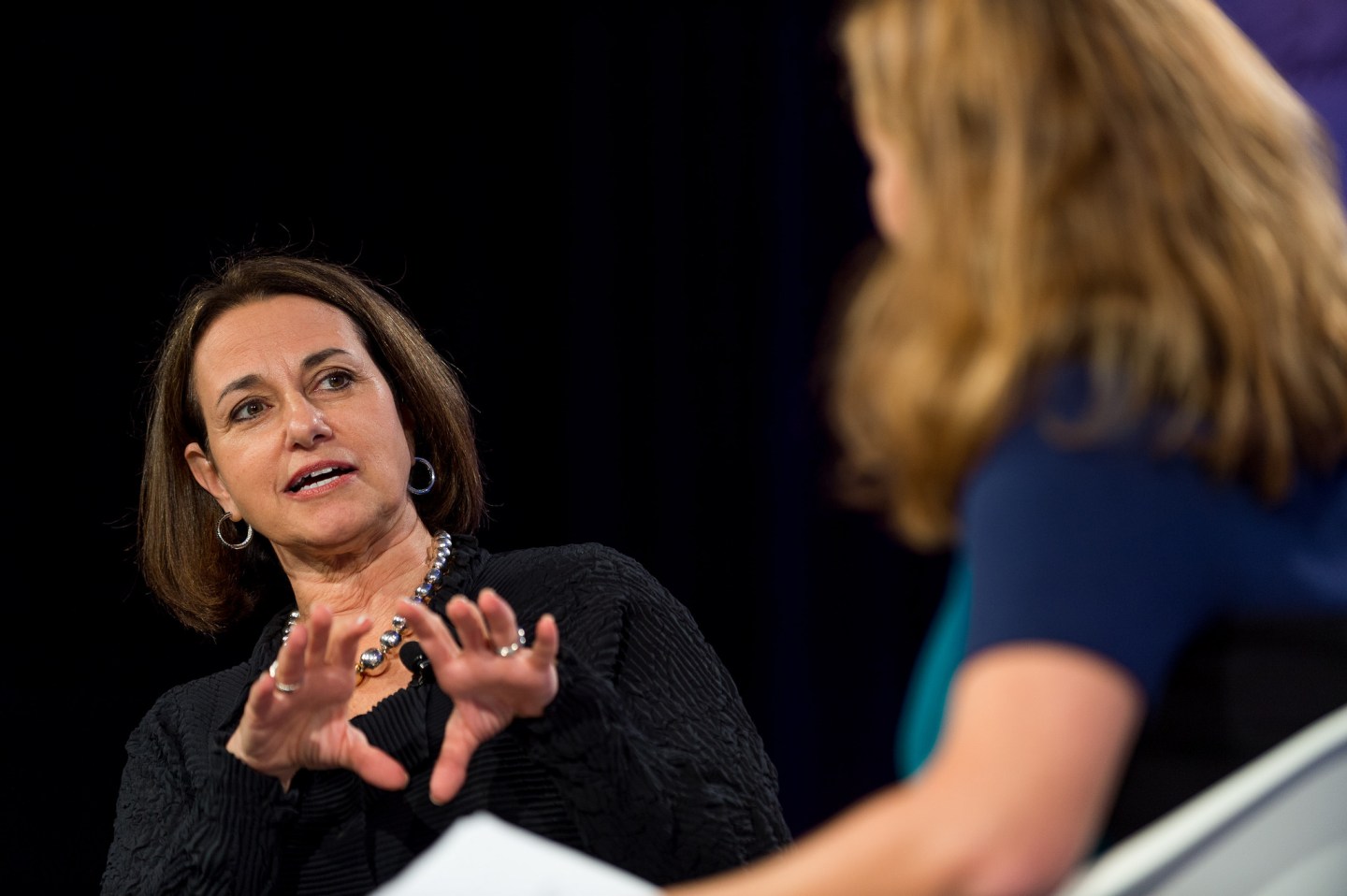 As head of the $90 million agri-giant Archer Daniels Midland, Pat Woertz has seen her share of global volatility. Today, the company has a presence in Ukraine and in sections of West Africa threatened by Ebola, as well as 75 other countries around the world.

One effect of all that exposure to potentially dangerous areas of the world? Greater stability. It sounds a bit unlikely, but Woertz says ADM’s increasingly globalized business has acted as a hedge against problems in any one region. “One of the ways to deal with volatility globally is to be globally diverse,” she says. For example, if there’s bad weather in the northern hemisphere, the company can rely on its operations in the southern hemisphere. “In some ways, we actually dampen the volatility because we’re able to deliver [product] from our customers that aren’t having troubles.”

Woertz spoke on Tuesday at Fortune’s Most Powerful Women Summit in Laguna Niguel. She talked with Fortune’s Senior Editor Jennifer Reingold about how the company navigates treacherous global markets.

One particularly volatile industry for the company: ethanol, which is closely tied to the oft-fluctuating energy markets. When Woertz joined ADM in 2006, some analysts perceived the move as an effort by ADM (ADM) to become “the Exxon Mobil of ethanol.” The company is the world’s largest publicly traded producer of the fuel. However, in the years since she joined the company, critics have speculated that the industry is too reliant on government regulations that require use of the fuel.

If Woertz is worried about ethanol, though, she didn’t show it. The exec sounded a confident note about the business, saying it will prosper regardless of what the U.S. government does.

“Ethanol is the cheapest transportation fuel in the world,” Woertz said, adding that the company also sends the fuel abroad. “It’s actually a big export in the U.S. contributing to the trade surplus.”