Fortune 5: The most powerful economic empires of all time 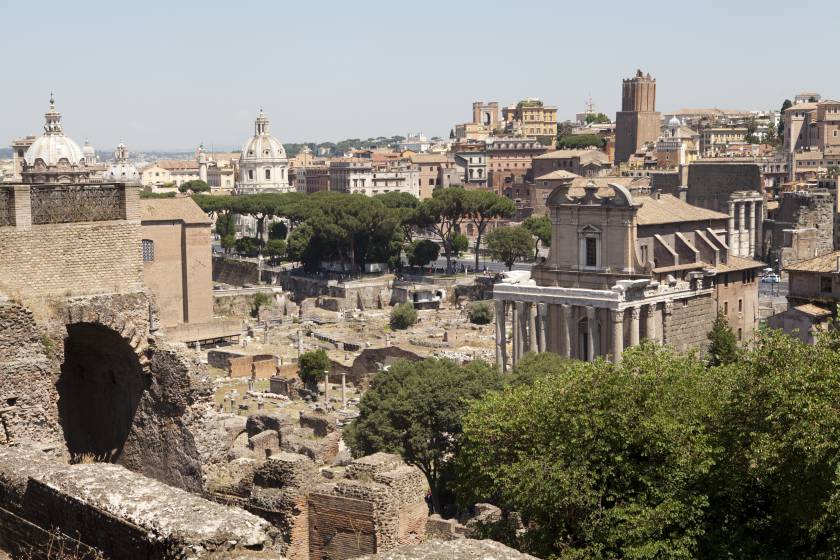 You hear quite a lot these days about America’s decline.

It’s perhaps inevitable that Americans are worried about their place in the world, after suffering through a massive financial crisis, a tepid recovery, two decades of no wage growth, and a constant stream of news coming from rising China, a nation of 1.3 billion people with seemingly limitless potential.

And it’s true that, by any measure, America’s relative power is in decline.

But looking at the American situation in the context of the broad sweep of world history, it’s amazing how dominant America has become, economically speaking. For most of human history, the most powerful economic powers, or those that produced the largest share of global economic output, were simply the countries that housed the most people and controlled the most land. One of the reasons for this is that industrialization is a very recent phenomenon. Up until about 300 years ago, economies across the world were mainly agricultural, with most of the value produced from the land.

Nevertheless, certain civilizations developed huge advantages against their rivals. Economic historian Ian Morris says that for most of human history, a civilization’s economic strength depended largely on when it experienced an agricultural revolution. From there, it would take a nation thousands of years to turn itself into a true economic powerhouse. That is, until the industrial evolution upended everything. Here, in chronological order, are the five most powerful economic empires of all time:

Rome was the distant descendant of the very first agricultural revolution, which took place in modern-day Iraq. Rome rose quickly from a small republic to a dominant global empire in a matter of centuries. It cemented its status as a superpower in a series of wars, known as the Punic Wars, with Ancient Carthage. These conflicts gave Rome complete dominance of the Mediterranean Sea, a body of water that enabled trade to flow easily from the economically vibrant areas of the empire, like the city of Rome and Egypt.

As economists today know, trade is a vital ingredient for economic growth, and the Romans were better at it during their height than anybody else. There is also evidence that the Romans had a sophisticated financial system that made extensive use of bank notes and other forms of credit, which enabled traders to forgo hauling precious metals across long distances.

Agriculture came later to China than it did in the modern-day Middle East. But by the time Chinese civilization made good use of the benefits of agricultural society, around 1200 AD, they had created one of the most magnificent civilizations the world had ever seen. Some scholars, like Ronald A. Edwards, an economic historian of China’s Song Dynasty at Tamkang University, argues that it was China, not England, that experienced the world’s first industrial revolution. He draws on research conducted by Japanese and Chinese scholars that shows that China experienced per capita economic growth at the same time that its population grew, something Europe wouldn’t achieve for hundreds of years.

Indian civilization is one of the oldest in the world, and many empires have risen and fallen on the subcontinent throughout the centuries. But among its most economically vibrant was the Moghul Empire, which dated from the sixteenth century until the establishment of the British Raj in the middle of the 19th. According to the late economic historian Angus Maddison, the per capita output of Mughal-era India was likely about the same as in England or France at the time, but “India had a ruling class whose extravagant lifestyle surpassed that of the European society.” This was achieved, however, “by subjecting the population to a high degree of exploitation.”

Though European traders who visited India during this time were impressed by the Mughal court, which Maddison describes as “one of the most brilliant in the world,” with its walled castles, gardens, fountains, literature, and painting, the Indian people were uninterested in the goods Westerners had to trade, beyond gold. Such a dynamic fueled the plunder of the newly discovered Americas for its wealth of precious metals. This persisted throughout the Mughal era, as European explorers began to insinuate themselves further into Indian society. The Mughal empire slowly decayed amid the rise of the industrialized British Empire, which officially colonized the subcontinent in the middle of the 19th century.

For most of human history, economists have very little evidence to estimate historical GDP. But all that changes once we get to the height of the British Empire, where extensive tax and other records make the job a bit easier. The British are also the first empire on the list that dominated the globe economically without strictly controlling an equally large percentage of the global population. Britain’s advantage came from the huge technological boost of the industrial revolution, as well as its aptitude for profiting from its colonial possessions. At the height of the British Empire, about 6% of its total output came from its colonies, more than any other Western power.

By the end of World War II, the U.S. produced half of the world’s economic output, by some estimates. However, that statistic is a bit misleading. It’s not that America was twice as dominant at its height than other states on this list. After all, America was only briefly this dominant, due mostly to the fact that most of the developed world’s economies had been destroyed by World War II. Yes, America likely became the world’s largest economy in the late 19th century on the strength of its large population, vast natural resources, and entrepreneurial spirit. But its total economic dominance in the middle of the last century was a product of the war.

Since that time, America’s relative power has been on the decline, not because of slow growth at home, but because the rest of the world is catching up. But as you can see, this follows a broad historical pattern: economic revolutions occur in one part of the world, and then spread elsewhere. Kings of the economic hill are difficult to unseat, and are usually only overthrown following massive conflicts, or because of some economic revolution elsewhere. Britain gained its status because of the industrial revolution, which enabled it to smash through the growth ceiling that agricultural economies faced. “We may face a similar ceiling for fossil fuel societies,” says Ian Morris, “and if the same historical rhythms keep playing out, then the only way to get through that will be that we also have to revolutionize the way we do things.”