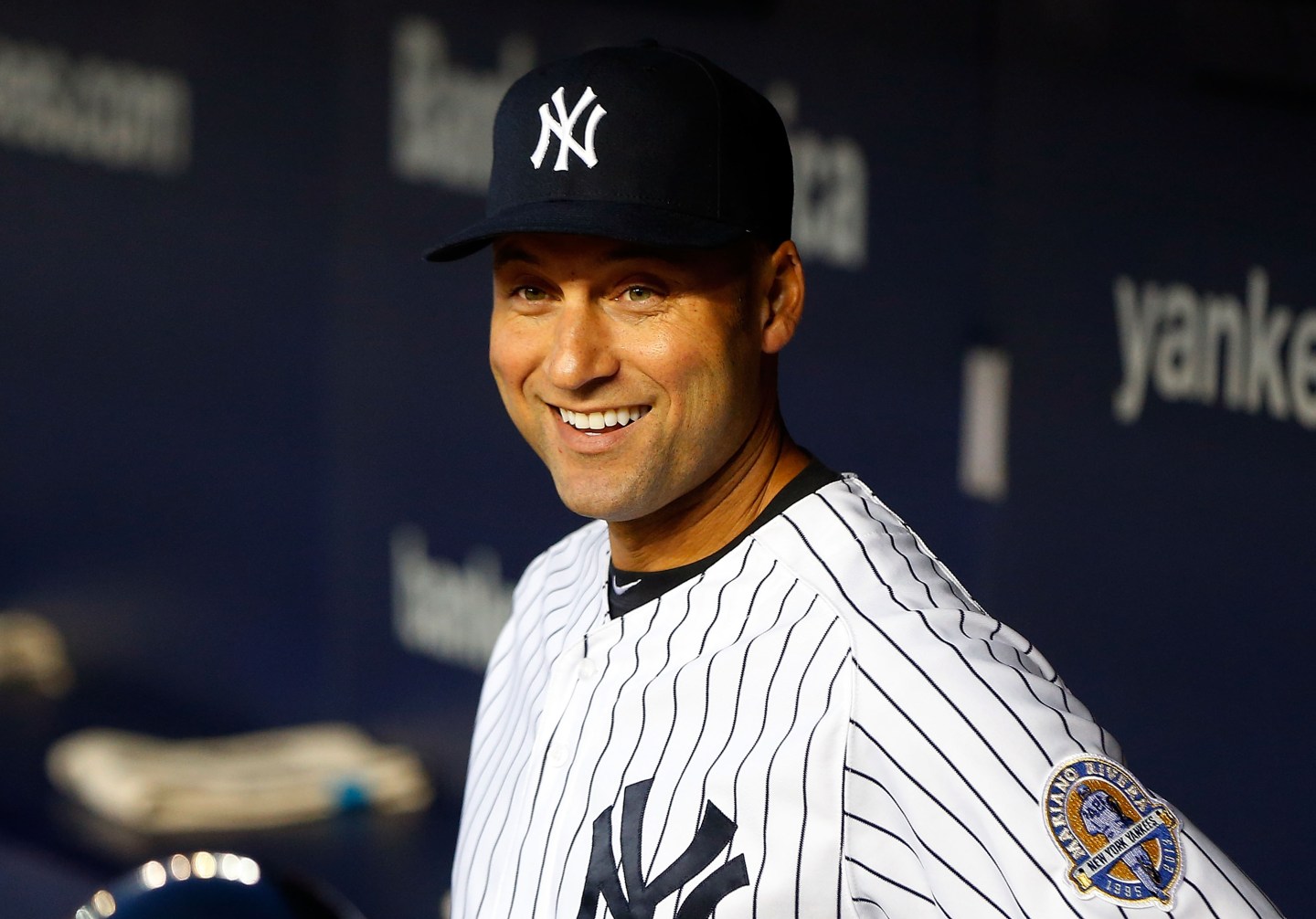 NEW YORK, NY - SEPTEMBER 25: (NEW YORK DAILIES OUT) Derek Jeter #2 of the New York Yankees looks on before a game against the Tampa Bay Rays at Yankee Stadium on September 25, 2013 in the Bronx borough of New York City. The Rays defeated the Yankees 8-3. (Photo by Jim McIsaac/Getty Images)
Photo by Jim McIsaac—Getty Images

Derek Jeter played his last game on Sunday, ending a baseball career with the New York Yankees that spanned 20 seasons. During that timeframe, he won 13 awards from the MLB, plus World Series MVP, and American League Rookie of the Year, and helped the Yankees claim five World Series Championships. The New Jersey-native also took home more than $200 million in salary over the years and millions more in endorsements.

But a key to his financial success runs deeper than his 3,465 career hits. Sports marketing experts told Fortune that Jeter may have also had one of the most positive brands in sports history. Partially because of his prowess managing his brand, the shortstop was No. 11 on Fortune’s World’s 50 Greatest Leaders for 2014. “In a steroid-tainted, reality-TV era, Jeter, the son of two Army veterans, continues to stand out because of his old-school approach: Never offer excuses or give less than maximum effort,” his entry states.

How has Jeter managed to make his brand thrive over the years? Here are five lessons you can learn from The Captain.

Jeter was a consummate professional both on the field and off of it, according to David Carter, the executive director of USC's Marshall Sports Business Institute. A brand, he said, is a "promise to your consumers and it's a promise to your fans." According to Carter, Jeter "never broke that promise to his teammates or to the team itself."

Especially in a time of increased bad behavior from athletes (look at the recent cases of Ray Rice and Adrian Peterson of the NFL, for instance), Jeter never tarnished his reputation with off-field issues or lost endorsements as a result, according to Carter. "I think all of us let our guard down periodically," he said. "You just got the sense that over the years, he was able to avoid that or augment that or not have any indiscretions." By defying the odds with an unwavering, clean record and an undying penchant for professionalism, the sport paid him back in dividends.

Jeter debuted for the Yankees on May 29, 1995. He played his final game on Sept. 28, 2014. Over that span of time, he represented the Yankees - and only the Yankees. Jeter served as captain from 2003 to 2014 and through that position, he became a mentor to many of the other players, according to Carter.

"In an era of free agency he remained with one team," said Carter. "That added to his brand allure."

"He was the captain," said Joe Favorito, a sports marketing consultant and professor at Columbia University . "Whatever was said privately in the lockeroom stayed in the lockeroom. That spoke volumes to the quiet leadership he's had over the years." By not selling out his teammates or making private matters public, Jeter kept his composure and never tarnished his brand.

3. Be discerning with your endorsements

OAKLAND, CA - JULY 19: Derek Jeter #2 of the New York Yankees wearing Nike/Jumpman batting gloves holds onto his bat standing in the on-deck circle in the first inning against the Oakland Athletics at O.co Coliseum on July 19, 2012 in Oakland, California. The Athletics won the game 4-3. (Photo by Thearon W. Henderson/Getty Images)

Jeter was also successful with his portfolio of endorsements, according to Favorito. Over his 20-year career, he retained big-name sponsors like Nike, Gatorade and Ford. Jeter remained committed to his brands like he remained loyal to his team. "When you look at the people who managed his business over the years, he never strayed out of his comfort zone," said Favorito. "He tackled those core brands and did them very well. You didn't see him tweeting about 17 products and he didn't start a restaurant or open a bar."

4. Be a good listener

Derek Jeter of the New York Yankees gives an interview to ESPN after the Yankees beat the Detroit Tigers at Comerica Park on August 27, 2014 in Detroit, Michigan.

As part of the "quiet leadership" style that typified his loyalty to the Yankees, Jeter also proved to be a contemplative leader who thought before acting. "He's a very, very good listener. He listens before he speaks," said Favorito. "Today, everybody wants to blurt something out."

He added, "If you look back to the steroid era, Derek Jeter didn't say anything that was controversial." In January, for example, Jeter said, "As a teammate, you're saddened by the whole thing. The whole thing's been kind of messy. Other than that, it is what it is."

5. Be true to yourself

Jeter also stayed strong with his convictions, according to the experts who spoke to Fortune about his legacy. Although many pro athletes are trained to dole out canned responses at press conferences on a whim, Jeter never came across as fake when speaking with the media. "His genuine nature over an extended period of time disallows it from being phony," said Carter.

Favorito, meanwhile, said that he's changed little since beginning his time with the Yankees. "His core values really played out from the day he put on his uniform to the day he retired," he said. "

"Here's a young man starting, putting on an iconic uniform. What would you want him to stand for? Everything he stands for today," added Favorito. "Not just in sports, but in life."