How Karen Kaplan went from receptionist to CEO 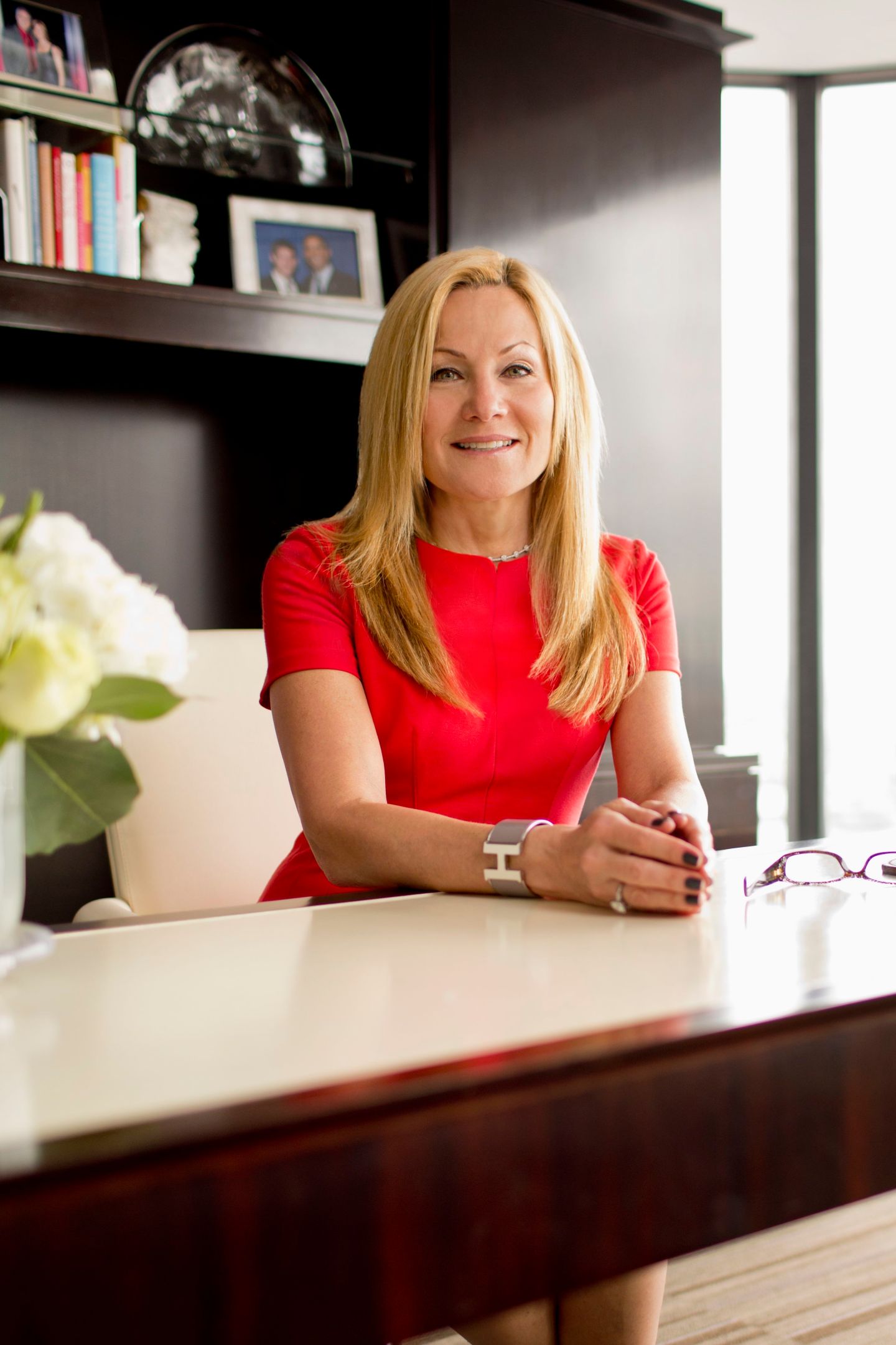 Karen Kaplan didn’t even want to work in advertising when she applied for her first job at the Boston-based ad firm Hill Holliday. At the age of 22, Kaplan walked into the company’s office for an interview to be a receptionist. She was looking for a low-commitment job that would help pay the bills while she saved money for law school and studied for the LSAT. Some 32 years later, Kaplan hasn’t left Hill Holliday. Now, after having 16 different jobs at the firm, she’s the company’s chief executive.

The receptionist turned CEO talked to Fortune about her unpredictable career path, what it was like to work in advertising in the 1980s, and the best advice she ever had.

(Edited for length and clarity)

Fortune: When did you realize that you might want to work in advertising?

Karen Kaplan: When I got off the elevator for my first interview at Hill Holliday, I really liked the vibe and the energy. I was previously told by the recruiter that the then-CEO that I was interviewing with had already rejected 40 candidates. I wasn’t all in, but I wanted to see if I could get it. The 20 minutes that I sat in reception waiting for that interview became really really important to the rest of my career. It was a vibe and an energy that was magnetic and then when I got into his office for the interview, I really wanted the job.

Did you take your receptionist job seriously?

One of the things the then-CEO said to me changed my life and my career ambitions. When I got the job, he looked at me and said, “Congratulations, you are now the face and the voice of Hill Holliday.” The face and the voice of the company should be the CEO, so I remember thinking in that moment that I was going to be the CEO of the reception desk. I was going to be the best damned receptionist in history and that’s how I approached the job. I took it really seriously. I didn’t just bide my time out there. I took it very seriously and I paid attention. It was the perfect perch to study people and get to know everybody and figure things out.

What was it like working in advertising in the 1980s?

The world in the 1980s for working women, particularly in advertising, was not far evolved from what you see in Mad Men, which was set in the 1960s. I always say we made a lot more progress in the last 20 or 30 years. When my kids were babies in the 1990s, women in the workplace kind of hid their kids. If you had kids, people would assume you couldn’t travel, without having any idea what your partner situation was. A woman with kids could be considered an excuse for not being given a job, promotion or assignment. Now, there is this transparency and celebration of women that I’ve never seen before. Women are in the social consciousness and are front and center now.

What is one example of working in the Mad Men-era of advertising?

One of our executive creative directors didn’t just have a bar in his office. His office was a bar. It was a U-Shaped bar, beautiful mahogany, and he would sit behind the bar on the bar stool and write his copy. After I worked as a receptionist, I was a project manager, and I had an old-school Rolodex with the numbers of all the bartenders at all the bars around us because I would have to go find the writers to get their copy.

Were you surprised when you became CEO?

It wasn’t like I started in 1982 as a receptionist and decided I was going to be CEO of this company some day. I never planned on spending my entire career here. I went to four different undergraduate schools in four years. I was the last person to spend her entire career at one company. If you ask my mother or my husband, they always said I would be running the company some day. They meant it.

What type of leader are you?

Great leaders are more impressed with what they don’t know than what they know. I think a lot of leaders are know-it-alls. The moment you think you know everything, you are dead. I am very curious. I can always do better and get better and I embrace change and I feel like everyone brings a different perspective and everyone sees the world differently. If you are not open to that, you might as well call it a day. Because I basically had every job at Hill Holliday, I respect that great ideas can come from everywhere and anyone.

What do you look for when hiring new employees?

What is the worse advice you ever had?

The worst career advice I ever had was to conform and not celebrate my differences. For me, I always wanted to highlight what makes me different and accentuate my personal differences. Being a woman, I never wanted to dress like a man or blend in. Today, in 2014, I am often the only woman in a meeting with lots of men. Personal differences should be accentuated.

What is the best?

My sister and I would always run home with some accomplishment like a good report card or some sport award and my father would say, “You know Karen, a pat on the back is just six inches from a kick in the but.” I didn’t understand what he was trying to tell me. At the end of the day, that was the reminder that you should never become too impressed with yourself or get too accustomed to success. For me it is about humility and not taking yourself so seriously.