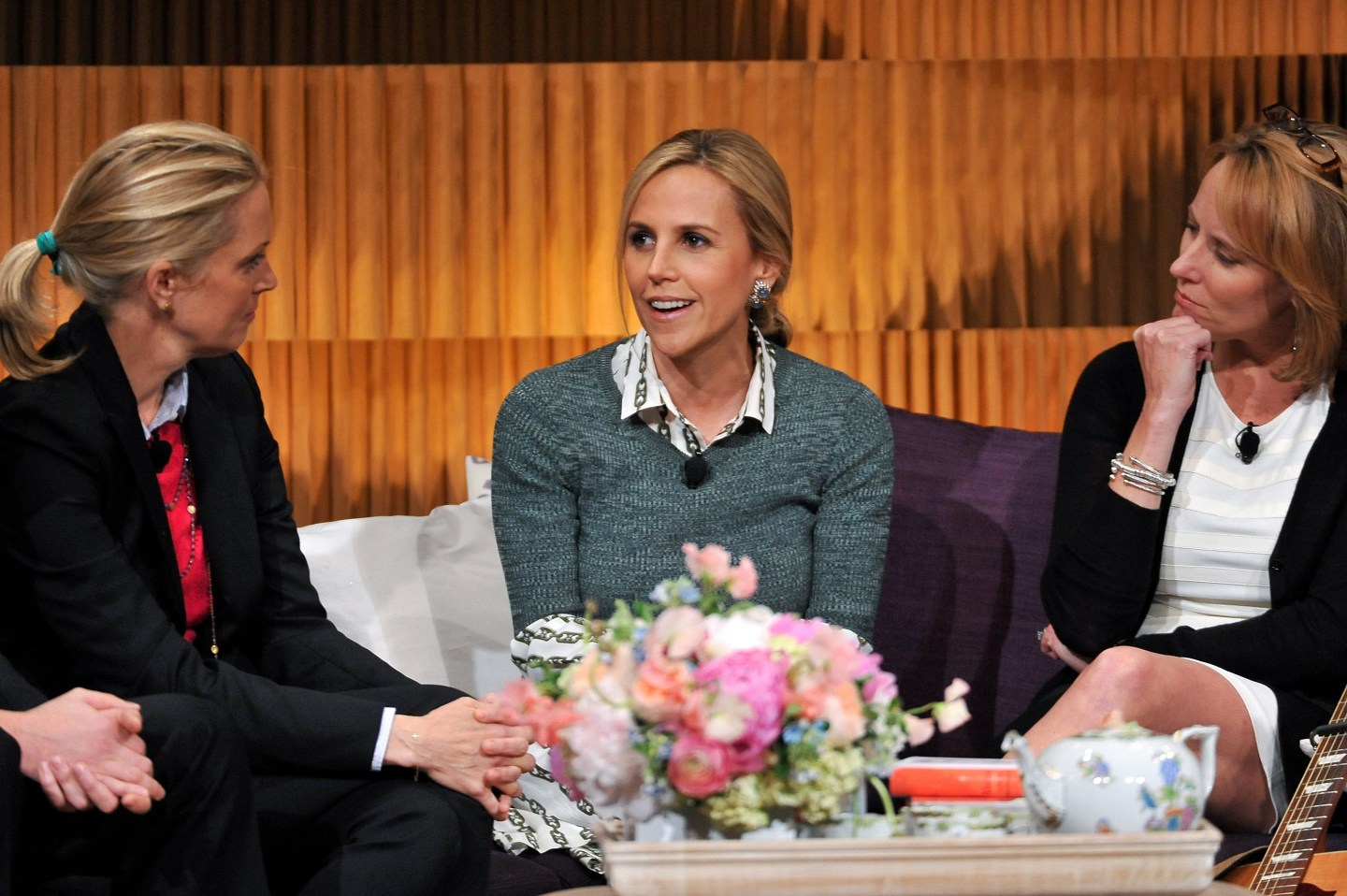 Tory Burch is giving up some of her hold on her fashion company as she tries to turn it into a global powerhouse.

Her namesake company on Thursday said it had hired Roger Farah, a retail legend who helped build Ralph Lauren’s (RL) accessible luxury empire, as co-CEO, citing his experience in making that company a big international brand. He will share top duties with Burch, the company’s founder and top shareholder, who until now had been sole CEO.

“We have grown significantly over the last 10 years and Roger is uniquely qualified to help us continue to build and scale the business,” said Tory Burch.

Farah was Ralph Lauren’s operations chief for 14 years and on his watch, that company’s revenues nearly quadrupled to $7.5 billion, growth for which he was largely credited in the retail industry. He left Ralph Lauren in May. Earlier in his career, he had been Chief Operating Officer at Macy’s (M)

While Tory Burch is a household name thanks in part to the ubiquitous gold-medialloned flats bearing her double-inverted “T” logo, her company is seeking to capitalize on the red-hot growth of other up-and-coming affordable luxury brands that have had wildly successful IPOs in last few years such as Michael Kors (KORS) and Vince (VINCE). (Another fast growing rival, Kate Spade, (KATE) was carved out of Fifth & Pacific Cos last year.)

The hiring of Farah will likely re-ignite speculation Burch wants to take her company public. But the 48-year-old entrepreneur told the Wall Street Journal that was not in the cards at this point, given her preference to build the company and not “have to answer to the public at this point.”

For years, Burch was impeded in building her company by a nasty fight with her now ex-husband Christopher Burch, who helped her launch the company in 2004 with a store in Manhattan’s Nolita neighborhood. Last year, investment firms BDT Capital Partners LLC and General Atlantic LLC bought out most of Christopher’s 28% stake.

The Tory Burch brand generated more than $1 billion in sales last year and is growing by percentages in the high-teens, the Wall Street Journal reported. Tory Burch products are sold in 136 Tory Burch boutiques and at 3,000 department and specialty stores world-wide. In contrast, Michael Kors, operates more than 400 stores and sells his items at 3,700 department and specialty stores globally. Net sales at Michael Kors topped $3.2 billion in the fiscal year ended March 29, rising nearly seven-fold in just four years.

That is exactly the kind of growth Tory Burch is aiming for now.

An earlier version of this story said that Farah was hired as CEO. It has been updated.