Two Apple screw-up stories in one day: Bendgate and Updategate 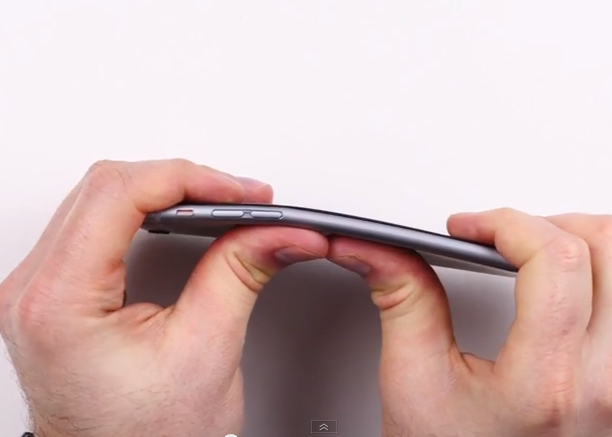 “I cannot believe that this ‘bent iPhone 6 Plus’ thing is becoming a thing,” wrote Daring Fireball‘s John Gruber, a veteran Apple watcher who can usually be counted on to come to the company’s defense.

“And if you put your phone in your back pocket and sit on it,” he added, “I’m not sure what to tell you.”

Even as he wrote this, the story some reporters were calling “Bendgate” was being overtaken by an actual Apple misstep: The release and, within a few hours, withdrawal of the first update of iOS 8, numbered 8.0.1.

The new version was supposed to fix, among other problems in the initial release, bugs in HealthKit, Keyboards and the Photo Library.

But it apparently had a few bugs of its own. Early updaters reported that their cellular connections had been disrupted and Apple’s TouchID fingerprint system disabled.

“We have received reports of an issue with the iOS 8.0.1 update,” an Apple spokesperson told Fortune. “We are actively investigating these reports and will provide information as quickly as we can. In the meantime we have pulled back the iOS 8.0.1 update.”

Below: The most popular (8 million page views) of the Will It Bend videos.

In a similar stress test, the plastic Samsung Note 3 held up better than the aluminum iPhone 6 Plus.

THURSDAY UPDATE from Apple: “We have a workaround for iPhone 6 and iPhone 6 Plus users who lost cellular service and Touch ID functionality today after updating to iOS 8.0.1. Affected users can reinstall iOS 8 through iTunes, for more information visit http://support.apple.com/kb/HT6487. We apologize for the great inconvenience experienced by users, and are working around the clock to prepare iOS 8.0.2 with a fix for the issue, and will release it as soon as it is ready in the next few days.”