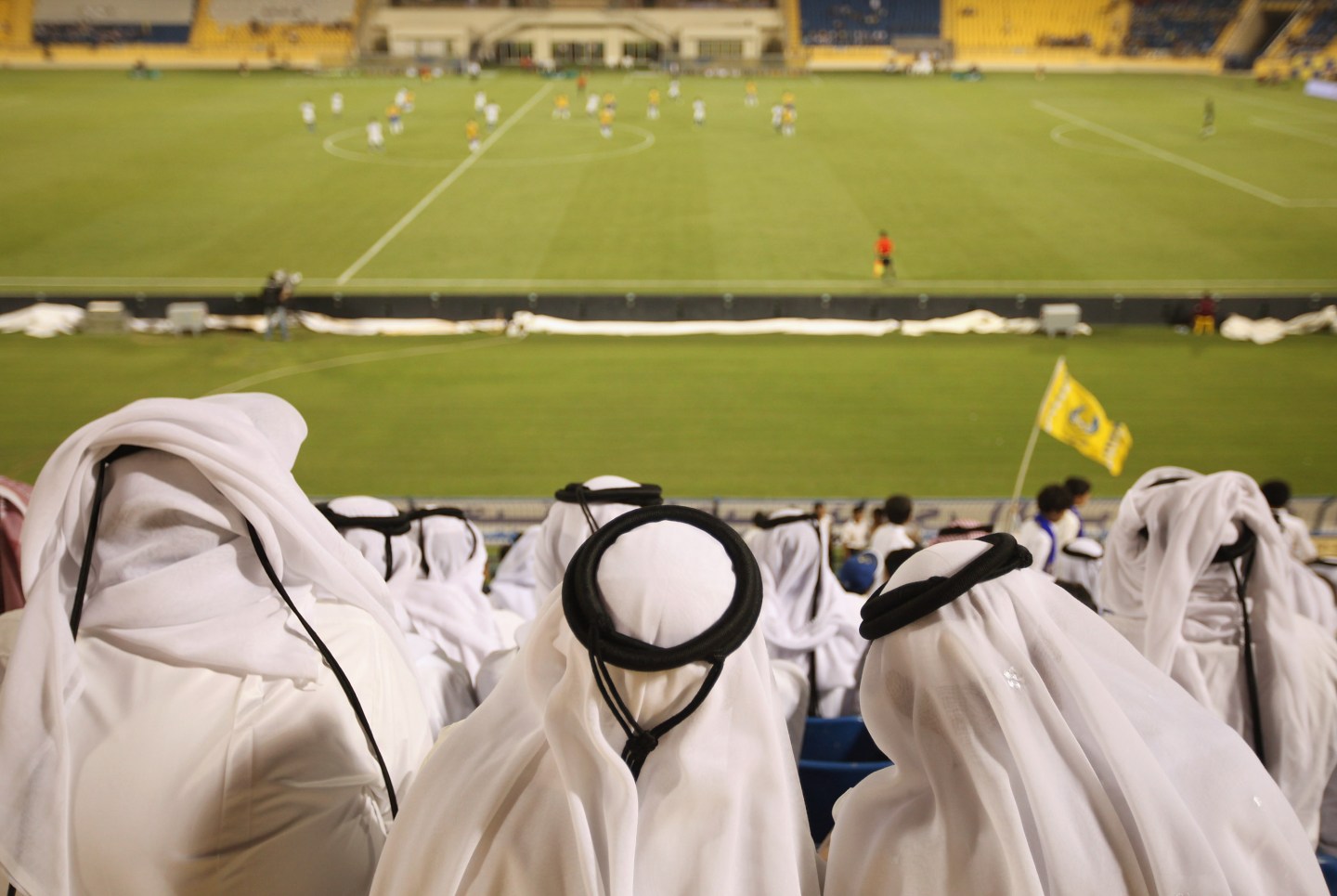 After months of bad press around allegations of corruption, Qatar may lose its position as host of the 2022 World Cup — not because of corruption; because of the weather.

In an interview with German outlet Sport Bild posted this morning, Dr. Theo Zwanziger, a member of FIFA’s executive committee (the Exco, as many call it), said that he expects Qatar to lose its place as host. “I personally think that in the end the 2022 World Cup will not take place in Qatar,” he said. As that news rocketed around Twitter and led many outlets to prematurely report that Qatar had lost the World Cup, Zwanziger is likely regretting making the comment. FIFA has not issued an official statement on what Zwanziger said, but told Reuters, “he is expressing a personal opinion and he explicitly says so.” Translation: Zwanziger went rogue and mouthed off; do not take his opinion as the official judgment of the FIFA Exco.

Qatar itself has responded as well. The Qatar 2022 committee sent this statement to Fortune, from Nasser Al Khater, executive director of the Qatar 2022 effort:

“Qatar will host the FIFA World Cup in 2022, despite comments of FIFA Executive Committee member Dr. Zwanziger, which reflect his personal opinion and not that of FIFA. The only question now is WHEN, not IF. Summer or winter, we will be ready. We have proven that a FIFA World Cup in Qatar in the summer is possible with state-of-the-art cooling technology. We have demonstrated that our cooling works in outdoor areas beyond stadiums. This summer we welcomed fans in Doha to an open-air Brazil 2014 Fan Zone with temperatures cooled to a comfortable 22 degrees Celsius. The evolution of environmentally-friendly cooling technologies is an important legacy for our nation, region and for countries with similar climates – promising to expand the reach of hosting major sporting events to countries where it was never thought possible before.”

The heat in Qatar is not news to anyone — the average mid-July high is 106 degrees — and has been a concern since the small Middle Eastern nation first won its bid in 2010. In response to those fears, Qatari officials told many news outlets that the stadium will be bearable thank to open-air cooling technology. Zwanziger inherently responded to that claim in the Sport Bild interview: “They may be able to cool the stadiums but a World Cup does not take place only there,” he said. “Fans from around the world will be coming and traveling in this heat and the first life-threatening case will trigger an investigation by a state prosecutor. That is not something that FIFA Exco members want to answer for.” (He certainly sounds, by the way, as though he is indeed attempting to speak for the Exco.)

“Too hot for the fans” wouldn’t exactly be the reason people would expect Qatar to lose the World Cup, though it was the element that made everyone surprised Qatar won. More troubling to many have been the rumors of corruption in the press since The Sunday Times, in a June 1 article entitled, “Plot to buy the World Cup,” first reported that Qatari politician and former FIFA Exco member Mohamed bin Hammam paid some $5 million (in fees and gifts) to people with influence, including former FIFA president Jack Warner, in exchange for World Cup votes. (In 2011 former FBI director Louis Freeh was hired to investigate alleged bribery by bin Hammam, and Freeh’s report, which did find evidence of bribery, led to a lifetime ban—bin Hammam appealed that to the Court of Arbitration for Sport, which overturned the ban in July 2012, claiming Freeh’s findings were inconclusive, but FIFA quick banned bin Hammam again in December 2012 on new grounds after further investigation.)

Rather than acknowledge the reason is corruption, perhaps FIFA, if it does strip Qatar’s Cup, could shirk that metaphorical “heat” by blaming the literal heat. It could also pacify the lingering anxieties of sponsors. Back in June, after the Sunday Times story came out, World Cup sponsors began voicing their concern about the corruption allegations. In many ways, in fact, the current backlash against the NFL mirrors what happened then: a number of big brands that spend big money to sponsor the NFL, like Anheuser-Busch InBev ($1.2 billion), PepsiCo, and Nike ($1.1 billion), have issued stern statements or, in Nike’s case, cut ties with the individual players (Ray Rice, Adrian Peterson) under fire, but they have not ended their league-wide sponsorship deals. In FIFA’s case, sponsors like Sony, Adidas and Visa issued statements expressing concern, but stuck around. FIFA typically receives somewhere in the neighborhood of $4-5 billion in broadcast fees and sponsorships from the World Cup.

Then again, FIFA president Sepp Blatter, who acknowledged back in May that giving Qatar the Cup was a “mistake” because of the heat, has attempted to address the error by changing the date to coincide with the European winter. The very beginning of 2022 (January, February) or the very end (November, December), rather than June/July, are being examined as possible times. But such a shift is unprecedented and, even as international soccer executives have met to discuss this idea, there has been some opposition. (Then again, some said a cold-weather Super Bowl in an open-air venue would never happen, and it did, last February, at MetLife Stadium in New Jersey.)

So, unlikely though it may be, if FIFA does strip Qatar of the Cup, which country will luck out?

The likeliest may be the United States, which came in a distant second to Qatar. (The large gap by which Qatar won is what made many suspicious of the process.) It has the infrastructure in place, and, following this past summer’s World Cup, more of a soccer fan base than ever before.

During the process for 2022, Indonesia and Mexico had to withdraw their bids. But another possibility aside from the U.S. would be one of the bidders that was not passed up due to lack of resources. Japan and South Korea both made bids that were widely believed to fail only because the two had just co-hosted in 2002 and FIFA wanted to spread the wealth, so to speak. Australia made a bid, but its biggest venues are all used by rugby teams whose seasons overlap with the World Cup schedule; three of the country’s rugby leagues issued an official agreement that, if Australia won the Cup, it would not interfere with those seasons, and in the end, Australia only got one vote in the bidding process. German football star and coach Franz Beckenbauer, at the time, said he was “astonished” by Australia’s losing bid. (He was also, once Qatar was chosen, one of the figures who suggested holding the Cup in January instead of July.)

With these options, it is unclear whether FIFA would completely re-vote or come to a new choice some other way; there is no precedent for such a process. (No country has ever been stripped of the World Cup, though Colombia relinquished it voluntarily in 1986.) If FIFA were to re-open the bid process entirely, there has been a push to allow all members to vote—not just those on the Exco.

Meanwhile, by winning the right to host the Cup, Qatar also earned an automatic berth for its team—a team that has never been in the World Cup before (and is currently 96th in the world rankings). Thus, even as rumors swirl and the press debates what FIFA might do, trust that Qatar is continuing to seek out promising teens from all over the world to train a Cup-worthy squad.