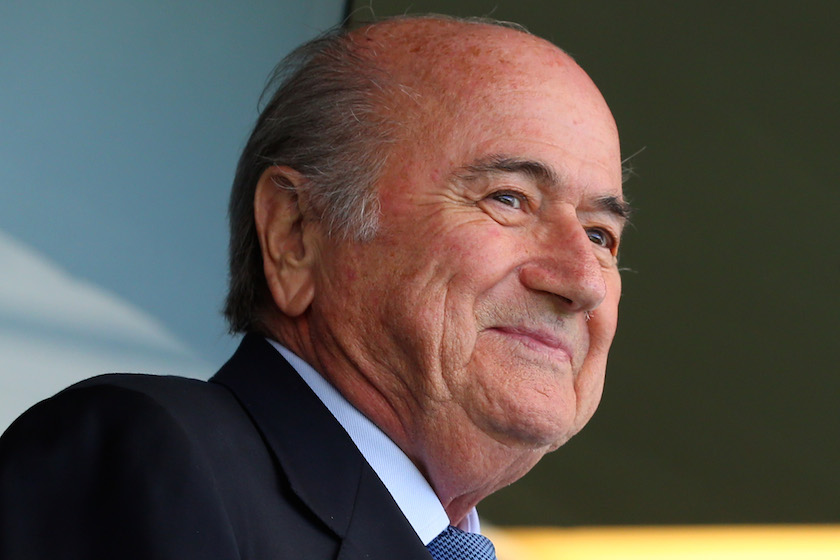 The governing body for world soccer may scrap its controversial plans to hold the 2022 World Cup in the Gulf state of Qatar, a senior official said Monday.

“I personally think that in the end the 2022 World Cup will not take place in Qatar,” Fifa executive committee (Exco) member Theo Zwanziger said in an interview with German magazine Sport Bild (paywall-protected) Monday.

First things first: this has nothing to do with the revelation last week that Fifa won’t publish a report into allegations over corruption into the award of the tournament to Qatar in the first place–against the wishes of special investigator Michael Garcia.

No, no, perish the thought. It’s just that, five years after receiving the application from the Qatari soccer federation, Fifa has discovered–to its evident consternation–that it can get pretty hot in the Persian Gulf in June and July (the average temperature in July is over 105 degrees). They’re shocked down in Zurich. Shocked, I tell you.

The trouble is, Fifa has already brushed off concerns about the heat by pointing out that new cooling technology will allow the games to be played without the entertainment being spoiled by too many fatalities among the players. But Zwanziger pointed out Monday that:

“They may be able to cool the stadiums but a World Cup does not take place only there. Fans from around the world will be coming and traveling in this heat and the first life-threatening case will trigger an investigation by a state prosecutor. That is not something that Fifa Exco members want to answer for.”

This is an extraordinary statement, not least because Fifa has been quite happy to accept literally hundreds of deaths among the migrant construction workers from India and Nepal who are building the stadiums and other infrastructure for the tournament, working 12-hour days in a modern form of indentured labor.

The U.K.’s The Guardian reported that 185 Nepalese workers had died in 2013 alone, while over 700 Indians have died since Qatar was awarded the tournament in 2010. (The tournament accounts for a large part, but not all, of the construction work in Qatar.)

So, how to interpret this new-found sentimentalism among Fifa’s top brass? Well, Zwanziger is a former head of the German Soccer Federation (DFB), which, like almost all the other European federations, was aghast at the original decision. So he could be just opening up a new line of attack against Fifa’s embattled Swiss president, Sepp Blatter.

A Fifa spokesman told Fortune the organization had no comment on Zwanziger’s remarks and added that he had spoken only in a personal capacity.

A more intriguing–if also more speculative–explanation could be that he is preparing a way out of an impossible situation for Blatter, against the backdrop of the corruption investigation.

The Sunday Times reported at the weekend that Garcia–who once led prosecutions against former New York Governor Eliot Spitzer–has now filed his 350-page report to Fifa HQ, but that the organization won’t publish it or the 200,000 pages of evidence behind it.

Instead, the body’s ethics committee will only publish the names of those found to have broken the rules, and the sanctions imposed on them. It will publish an interim opinion in October, according to Hans-Joachim Eckert (another German), who chairs the ethics committee.

At a conference on Friday, Garcia had urged for his report to be published saying that “the goal has to be instilling confidence” and warning that “there could be little support from a public that was so little informed.”

“The more that is public and the more people can see what was done and disagree with what was done, then those issues can be resolved and the organisation can move on,” the Sunday Times reported Garcia as saying.