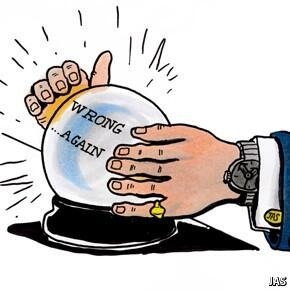 On Sunday, nearly two weeks after Apple’s September media event, he posted on his Tech.pinions site an alphabetical collection of Apple Watch quotes interspersed with gems from his own personal Bartelby’s — a compendium of 17,000 quotations ranging from cowboy wisdom (“Never miss a good chance to shut up.“) to Robert Benchley (“The surest way to make a monkey of a man is to quote him.”)

A sample from Apple Watch Claim Chowder under N for “Niche”:

The iconic Apple iPhone will either not exist or occupy a very small niche satisfying the needs of committed Mac fans around five years from now. ~ Eugene Kaspersky, Kaspersky Lab, 27 April 2010

The tablet market has only succeeded as a niche market over the years and it was hoped Apple would dream up some new paradigm to change all that. From what I’ve seen and heard, this won’t be it. ~ John C. Dvorak, MarketWatch, 29 January 2010

For all the hype about an Apple tablet , it is at best a niche product. ~ Joe Wilcox, Betanews, 2 January 2010

Kirk punctuates the “niche” section of his post with a few pertinent stats, including this one:

In Q2, Apple’s iPhone sales alone were larger than the revenues at 474 of the companies in the S&P 500 stock index.

Sunday’s post is the last (he promises!) in an exhaustive series Kirk began posting three weeks ago. See also: