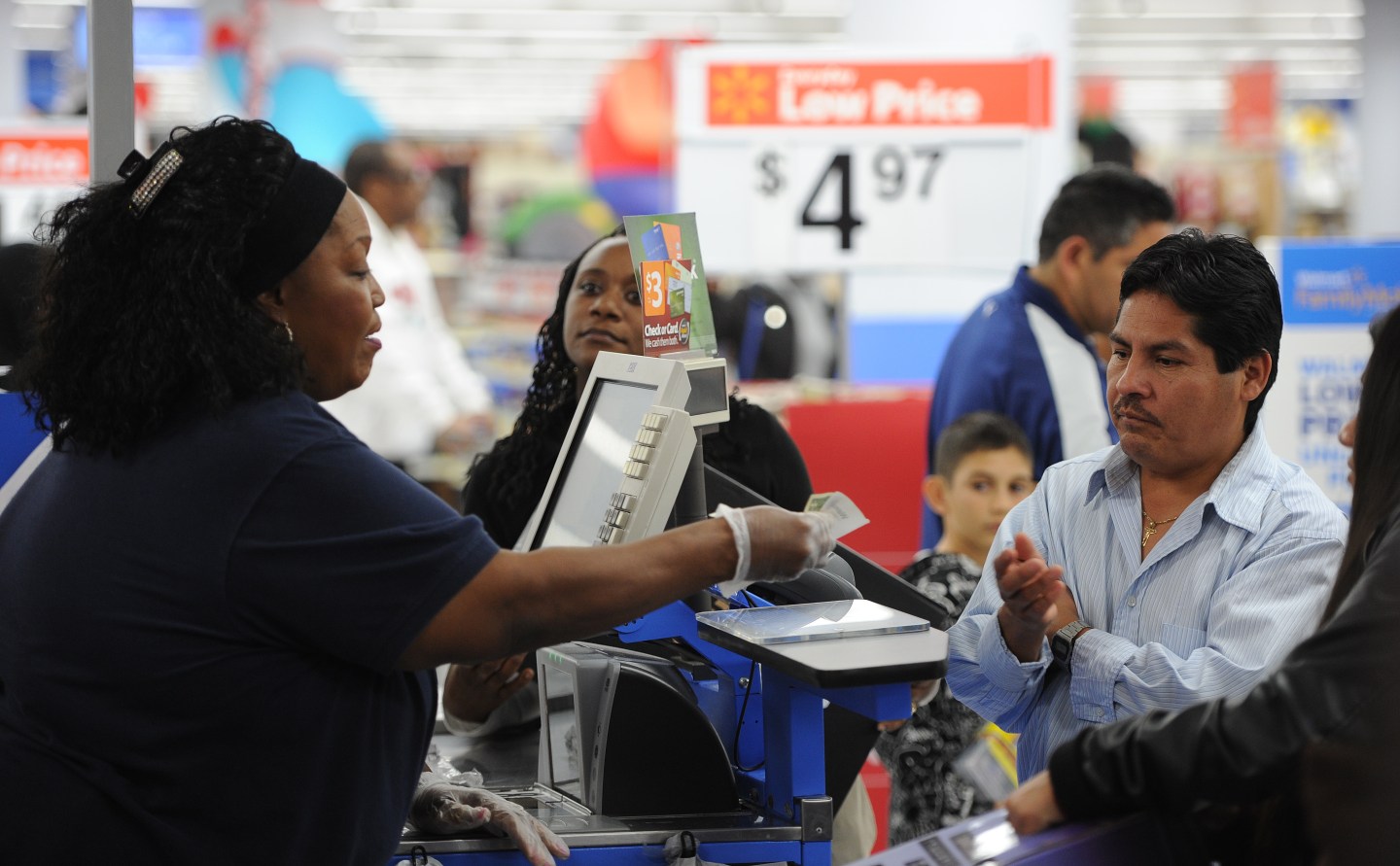 Wal-Mart Stores (WMT) will staff more cash registers than ever this holiday season in a bid to address a big, chronic customer complaint: long waits in checkout lines.

The world’s largest retailer will also hire 60,000 more season workers, or 10% more, for the Thanksgiving-Christmas period, becoming the latest company to ramp up hiring ahead of what will surely be another bruisingly competitive holiday season.

“We are committed to making sure our customers can find the products they want for Christmas at low prices and can get through the checkout lanes quickly,” said Gisel Ruiz, COO of Walmart US.

Wal-Mart’s move comes as the retailer has gone through seven straight quarters of declining customer visits to its U.S. stores and not seen an increase in comparable sales for any fiscal quarter since 2012.

Duncan Mac Naughton, Wal-Mart’s chief merchandising officer, told the Wall Street Journal last month that “taking the possibility of waiting in long lines off the table will attract more people into stores.” The Journal reported that Wal-Mart supercenters typically have about 30 traditional checkout lanes — giving it more than 100,000 across the U.S.

Retailers are projected to hire more than 800,000 seasonal workers for the upcoming holiday season, the most the industry has hired since 1999, as retailers gear up for their busiest season that could benefit from continued employment gains and increased consumer spending, according to a rosy report by outplacement firm Challenger, Gray & Christmas Inc.

Target (TGT) is set to hire about 70,000 season workers this holiday season, on par with last year. But Kohl’s (KSS) is hiring 34% more seasonal workers this year, while United Parcel Service (UPS) is hiring nearly twice as many and FedEx (FDX) is also planning to hire more.