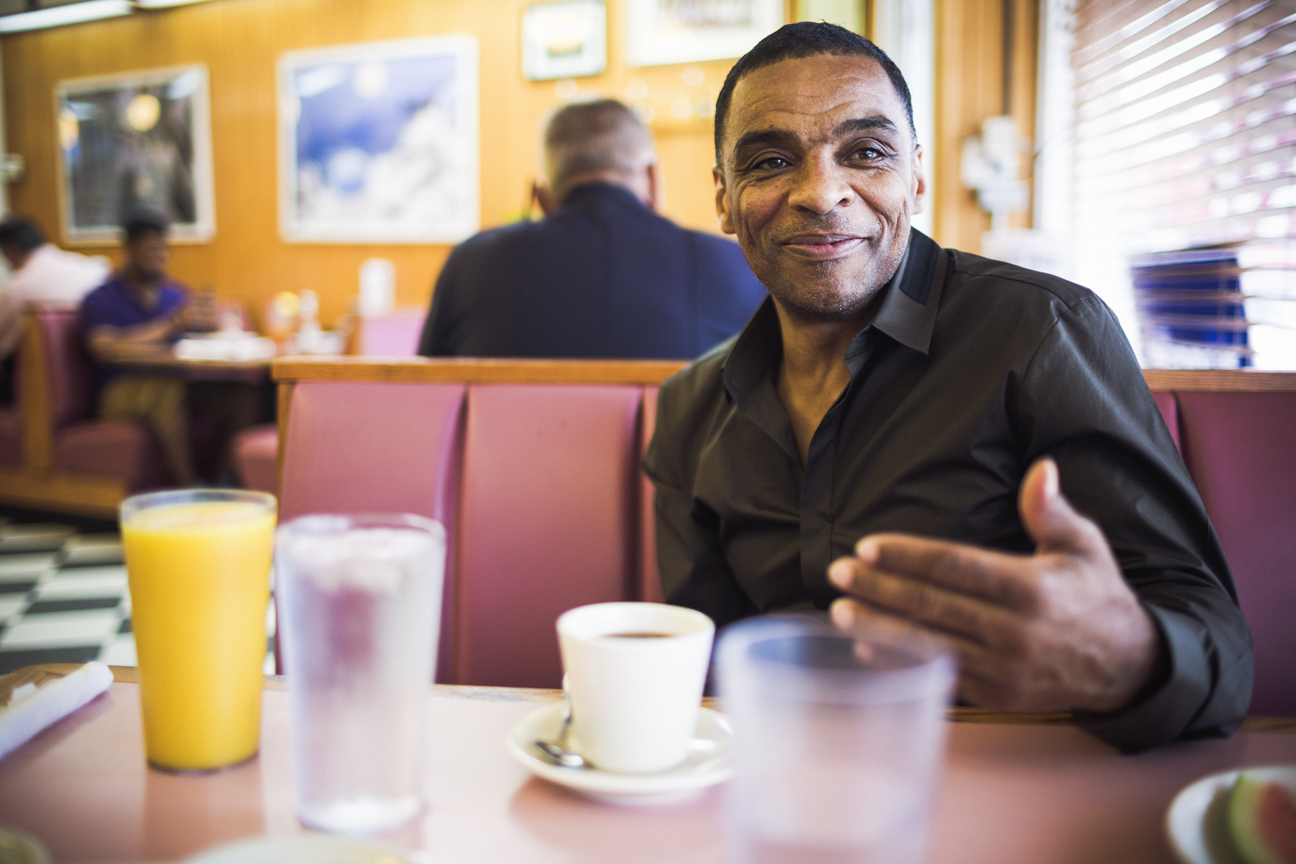 Virtually every kid who could play a little street ball in Inglewood, Calif., had the same notion in his head: Tear up the floor in high school, get a free ride to some Pac-10 or maybe Big East college, become a larger-than-life star in the NBA. Basketball was a way into the good life. But more important, it was also a way out.

“Where I lived—they called it the Bottoms,” says Leland “Pookey” Wigington Jr., who is now a successful producer. “It is the lowest point on the economic totem pole in Southern California. Everybody was gangbanging in my neighborhood, but the really good athletes were protected.” Pookey was good. At Morningside High in the early ’80s he was a scrappy defender with a knack for running the fast break. In 1986 at Ventura Junior College, the young point guard averaged 11 points a game, with 8.3 assists and 5.4 steals, and drew attention from Division I programs.

A year later came a scholarship and a chance to play for P.J. Carlesimo at Seton Hall. College basketball in the 1987–88 season had some towering figures: 6-foot-8 Sean Elliott at Arizona, 6-foot-9 J.R. Reid at North Carolina, 6-foot-10 Danny Manning at Kansas. Seton Hall’s newest team member was just 5-foot-3—making him the smallest player ever in the storied Big East.

The following season Carlesimo’s Pirates went all the way to the NCAA title game, the first in the team’s history—losing by a point to Michigan in overtime. But by then Wigington was spending a lot of time on the bench. The problem wasn’t so much his height—NBA stars like Muggsy Bogues (five-three) and Spud Webb (five-seven) had already proved that being low to the ground could be a huge advantage for a point guard in a land of giants. Wigington had discovered the same when he was playing high school ball at Morningside: “I would take advantage of kids being off-balance, not knowing their center of gravity,” he says.

The pointguard, in his Seton Hall daysCourtesy of Seton Hall

No, the problem was his right knee. It was shot. After three surgeries, he had little cartilage left.
If there was one saving grace to Wigington’s circumstances, it was where he was: in college, after all. And unlike many student athletes, Wigington did some serious coursework—including in accounting. (As he puts it, he picked that line of study “so I could figure out how to count my money when I got to the NBA.”)

Wigington discovered that he had a flair for business. He invested in a dry cleaner and a few other ventures. But where he seemed to have a genuine soft touch was in entertainment and promotion. He launched a sports-marketing company, taking on a few big NBA names like Alonzo Mourning, a former Big East player like Wigington. And he created other promotional and charitable events related to basketball too, working with an expanding circle of famous names. That brought him into the world of comedy—a place where Wigington felt right at home.

He launched a comedy showcase on Hollywood’s Sunset Strip called Chocolate Sundaes, astutely letting young comedians into the performances free. With Chocolate Sundaes he “built a brand, vs. building a show,” he says, so that if talent left, he could replace it and keep rolling. (Wigington has since repackaged the standup act into a Showtime series.) Whenever he made money himself, the former athlete reinvested it, often in real estate. Hot young comics—DeRay Davis, Aries Spears, Katt Williams, and Chris Spencer—came in droves to the club.

Wigington does not assist his comedians with material, though he has two writers who sometimes help them punch it up. (“That’s not my lane,” he says.) His talent is not creating comedy but identifying it and selling it.

But with some of his comics he took on the role of financial adviser. “No matter how funny you are,” says Wigington, “you have to pay your taxes. You have to set up your business, your brand, and business structure properly. You have to do all the things it takes to run a business, even though you’re the talent.”

Wigington seemed to have a gift for identifying comedic stars right out of the gate. He could look at a comic and see his cadence onstage and tell you whether that kid had written it or if he was stealing somebody’s standup. When he first saw Kevin Hart perform, Wigington knew he was the real deal. “He wasn’t experienced in the world, so it was very limited,” says Wigington, “but he understood who he was and became able to be self-deprecating in a way that the material was relevant to everyone.”

In 2009 he helped the rising star set up a company, Hartbeat Productions, and became a managing partner. The aim, says Wigington, was “to get him to a place where he can do his work freely and not worry about what his financial situation looked like.”

In comedy, of course, timing is everything—and it would seem to be true in Wigington’s business enterprises as well. He shared executive-producer credit with the comedian on the latter’s 2013 standup movie, Kevin Hart:
Let Me Explain, which grossed $32 million—as well as on his 2011 Laugh at My Pain. Both movies are in Box Office Mojo’s list of the top-10-grossing standup-comedy concerts.

The bad knee aside, life is good these days for the former Seton Hall player, who finds time to coach his four sons, Leland III, Lathan, Landon, and Lofton—who go by (in order) Snookey, Tookey, Wookey, and Zookey—in the game he knew and loved so well.

For a kid who grew up in the Bottoms, it turned out to be not that far to the top.