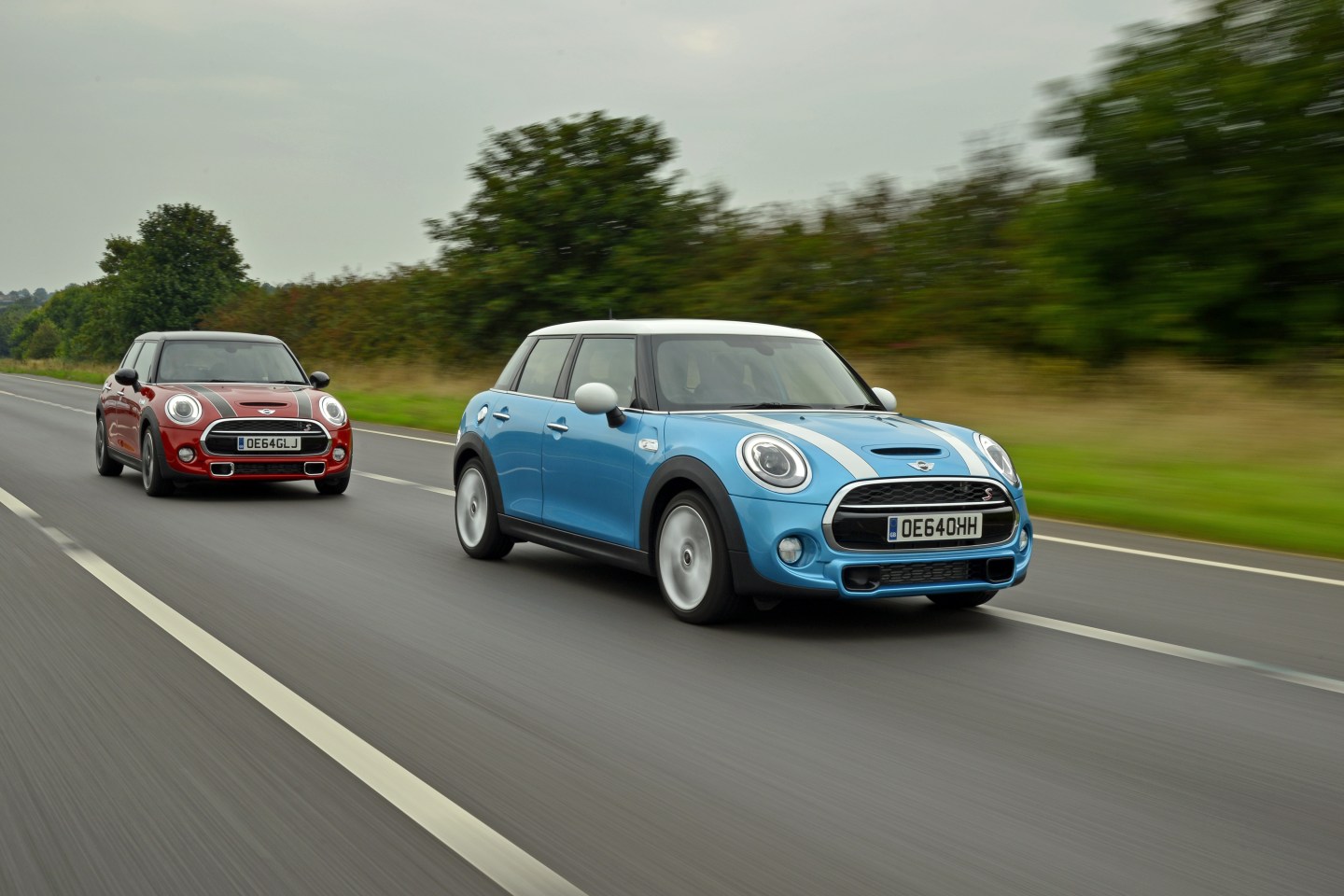 More than a few skeptical voices were raised in 1994 when BMW bought the failed assets of British Motor Corporation. BMW left the Brits mostly alone until 2000, disposing of Rover and Land Rover when that strategy failed.

BMW decided to hang on to MINI and fix it.

Since 2000, BMW has infused a healthy dose of engineering and manufacturing in the brand, creating vehicles with the taut feel and performance that made Bimmers famous. The trick was doing so while preserving MINI’s distinctive English personality – no mean feat given the car’s deep connection to BMW labs and studios in Germany.

In early September, BMW celebrated its three-millionth MINI at the main factory in Oxford, U.K., and introduced its latest variant, a four-door hardtop (which it calls a “five door”) with a roomier rear seat. Given the sales numbers so far, BMW has increased its recognition for the ability to manage multiple brands efficiently and profitably.

Of the three million, two million have been exported from England. Many Britons view with relief the decision finally to sell to BMW, following years of bailouts and subsidies for British automakers that weren’t competitive. MINI exports have been a major boost to the economy and a source of pride for the country.

“The MINI is a British icon and is a major part of a thriving automotive industry spearheading the growing British economy,” said Baroness Susan Kramer, Minister of Transport. “This government is working to create the right environment for car manufacturers like BMW to continue innovating and developing British-made cars with worldwide appeal.”

Harald Kruger, board member for manufacturing, said BMW has invested £1.75 billion pounds ($2.9 billion) in its British operations since 2000 and another £750 million from 2012 through 2015. The German automaker also owns Rolls-Royce and assembles the luxury automobile in a plant located in Goodwood, England, most of the heavy and mechanical parts shipped there from the continent.

With worldwide MINI sales running at about 300,000 annually, the 175,000-unit capacity at Oxford has been supplemented by contract manufacturing in Austria by MSF Graz and in the Netherlands by VDL Nedcar.

Reviewers have been positive on the newest variant, giving the car credit for peppy acceleration and taut handling from its front-wheel-drive configuration. The back seat, while not overly spacious, is a vast improvement over the much smaller space in previous, two-door models.

Reviewers also noted that MINI costs considerably more than like-size competitors from Honda and Ford, starting at $22,300 for the basic version and rising in price to nearly $40,000 with all possible options and enhancements.

Writing for Car and Driver, Csaba Csere gave the new model high marks for “visual creativity,” noting that “this MINI is essentially a BMW under its skin.”

In other words, a MINI buyer gets a lot of BMW technology and engineering without paying as much as a BMW costs. This multi-pronged approach to the automotive market has paid off handsomely, helping to deliver superior financial results. BMW’s shares have outpaced major industrial averages, not to mention competitive automakers.