Janet Yellen vs. the Inflation Zombies 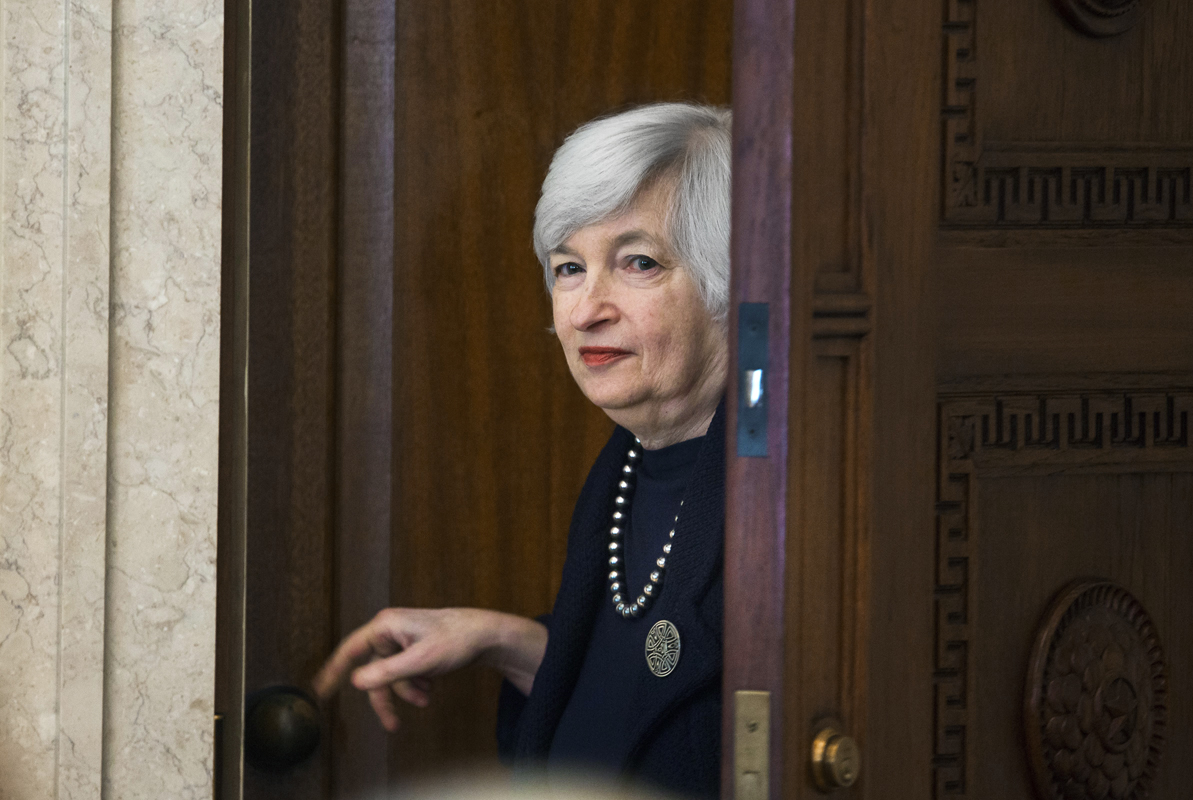 Janet Yellen isn’t the corporate type: She has spent practically all her adult life in academia and public service. But as she prepares to finish up her first year as Ben Bernanke’s replacement, the 68-year-old Fed chair is surely the woman—make that the person, female or male—with the most power to influence American business during the coming 12 months. (Our ranking of Most Powerful Women is limited to those at for-profit companies, so Yellen isn’t on the list.) Resting on her decisions about interest rates are the fates of an economic recovery that finally appears to be picking up steam and a bull run on Wall Street that has seen the stock market almost triple since the depths of March 2009.

Although she stumbled early on, perhaps, in talking about the timing of possible interest rate increases, her actual decisions—gradually winding down the Fed’s program of quantitative easing and putting off an interest rate hike—have been the right ones, particularly in light of the aftereffects of the Great Recession, which are still being felt. So far, though, perhaps the most notable thing about her tenure is how old-fashioned it feels. At times, one is left with the sense that some of the most dramatic events of the past 15 years—the tech bubble, the housing bubble, and the financial crisis—never happened. Instead of remaking monetary policy for a 21st-century economy in which financial developments drive the cycle and most American workers are powerless to demand raises, Yellen finds herself confronting the hoary issue of rising inflation.

According to the latest CPI figures, prices are rising at the rate of 1.8% a year, slightly lower than the rate a year ago. But that hasn’t stopped a number of Yellen’s colleagues and a legion of Fed watchers from arguing that the Fed needs to act now, or soon, to head off the inflation terror. In August, when Yellen spoke at the annual Fed conference in Jackson Hole, Wyo., analysts and journalists dissected her speech for indications that she, too, was concerned about rising prices and might therefore be prompted to begin raising interest rates faster than Wall Street is expecting.

Some claimed to have seen signs of Yellen’s hawkish tendencies emerging: At one point she cited a research paper that implied wage inflation might start to pick up from here. Other analysts stressed her dovish statements, such as when she pointed to a new composite index constructed by Fed researchers that suggests the recent decline in the unemployment rate overstates the improvement in the labor market.

With all this talk of hawks and doves, it’s just like old times. A few years back a revolution in monetary policy seemed like a possibility. Bernanke and his colleagues (who included Yellen) were on the defensive, their reputation in tatters. For the second time in a decade they had largely missed the formation of an asset price bubble, which eventually burst and dragged down the economy. Surely something would now change, I recall saying to a senior central banker. Rather than obsessing over inflation (which they’d been doing for decades), the Fed and other central banks would focus on more pressing problems, such as preventing bubbles and raising living standards. “I think we’ll end up giving inflation targeting one more go,” the official said, disagreeing with my assessment. “If it fails again, then you might see a big change.”

That prediction proved to be on the money. Apart from talking up something called “macro-prudential regulation,” which is meant to reduce the risk of financial instability, the Fed has made virtually no changes to its policy for setting interest rates. Indeed, it has doubled down on the old framework, converting its 2% objective for inflation, which used to be an internal guide, into an official target. That was Bernanke’s last big contribution, and Yellen supported its introduction. As a result, she finds herself trapped between the inflation vigilantes and her own laudable goals to boost job creation and income growth.

The latest employment report, which showed that the economy created just 145,000 jobs in August, gave the Fed boss a bit of room to maneuver. But if the payroll figures rebound in September and October, which seems likely, the inflation drumbeat will start up again.

With economic indicators sending diverging messages about how fast the economy is strengthening, it’s not surprising that Yellen is speaking out of both sides of her mouth. She’s made clear all along that her main goal is to repair the damage done by the recession, and nothing that she’s said recently contradicts that. At Jackson Hole she started out by stating bluntly, “The labor market has yet to fully recover.” But with at least one of her colleagues on the Federal Open Market Committee already dissenting from her policies, she evidently felt it was necessary to maintain the Fed’s inflation-fighting credibility. That explains why she raised the possibility of early and rapid rate hikes should the labor market continue to improve more quickly than she and her colleagues had anticipated, or should inflation pick up unexpectedly.

But, really, where is the inflation threat? Thanks to Moore’s law, the flood of cheap imports from China and elsewhere, and the decline of trade unions, it has largely disappeared. The last time the U.S. economy experienced a damaging wage-price spiral was the late 1970s. That’s two generations ago. Since 2010 the Fed’s favored measure of inflation—the PCE deflator—has risen at an annual rate of 1.7%. This time last year some analysts were fretting about deflation. (In Europe and Japan they still are.)

AN OLD MONSTER, TAMED The last scary spike in consumer prices was in the 1970s. Even after the oil price shock in the early 1990s, inflation barely rose above 6%.Graphic Source: Federal Reserve Bank of St. Louis; Bloomberg

Median incomes have stagnated for decades, so we could actually do with a bit more wage inflation. Despite the recent pickup in hiring, wages are still rising more slowly than productivity is rising. Unit labor costs are declining, and corporate profits are surging. But that means firms could afford to pay higher wages without passing along all the increase in costs to consumers. We might get a bit more price inflation, but it would be worth it. There is nothing in economic theory to suggest that a period of, say, 3% inflation is harmful to an economy.

As a first-rate economist, Yellen knows all that, of course. In her speeches she has frequently talked about stagnant wages and the threats they pose to the economy, soaring inequality among them. Back in February, when she testified on Capitol Hill for the first time as head of the Fed, she referred to the rising share of income that is going to owners of capital, noting of workers, “even though they are being more productive, their living standards aren’t keeping up with that.” And in May she told Congress, “We have seen a trend toward rising inequality in income and also in wealth. And I personally view this as a very disturbing trend that policymakers should be looking at and considering what is the appropriate response.”

Evidently, however, Yellen doesn’t believe that the Fed should respond to the challenges of a changed world by ditching—or making any big modifications to—an inflation-targeting framework that was designed to deal with the problems of the 1970s and 1980s. And perhaps that isn’t too surprising. Throughout much of her academic career, the issue of how to deal with inflation—and inflation expectations—dominated macroeconomic theorizing. Generations of students (and even Alan Greenspan) recall how adept Yellen is at explaining this research and how it underpins the practice of inflation targeting.

But the 1980s were a long time ago. Since then, we’ve been through two entire economic cycles, during which there was no sign of rampaging prices. Now we are part of the way through a third cycle in which inflation has remained tame. How far would the unemployment rate have to fall for that to change? Nobody knows. Estimates of the so-called non-accelerating inflation rate of unemployment (NAIRU) vary greatly. Indeed, the concept is so difficult to pin down empirically that its practical use is limited. And yet the inflation boogeyman won’t go away.

Encouragingly, Yellen’s public statements suggest that she intends to face down this boogeyman—holding off on rate hikes until escalating prices are a reality, not merely a possibility. Given the pressure she will come under from inflation hawks inside the Fed, on Capitol Hill, and on Wall Street, this won’t be an easy path to follow. But she should stick to it. No general, after all, wants to be remembered for fighting the last war.