Motorola, in search of its salad days 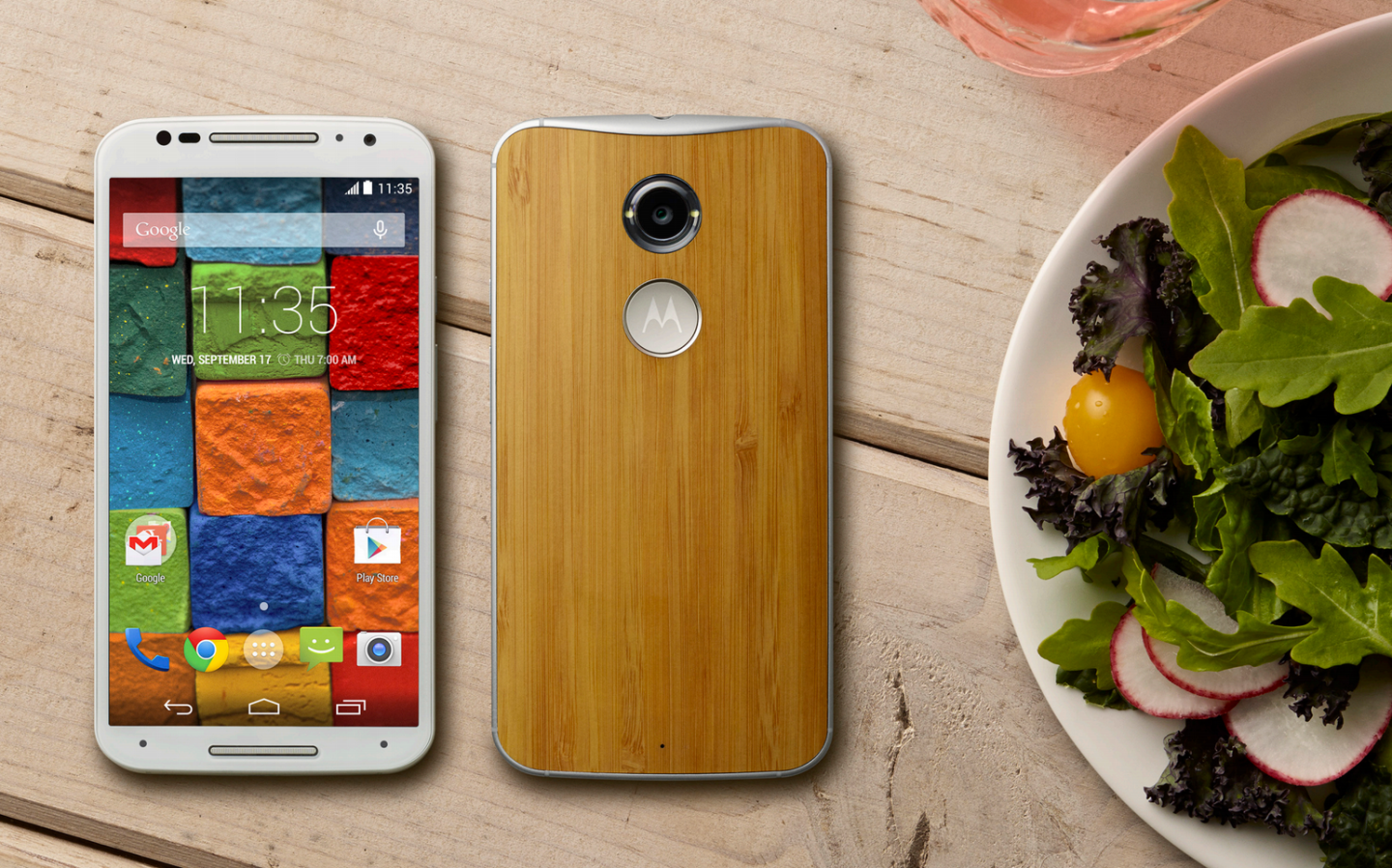 A few weeks ago I found myself on the eighteenth floor of the historic Merchandise Mart building in downtown Chicago, surrounded by dozens of anxious journalists awaiting a press conference for Motorola’s new phone. We were in a room splashed with vivid hues and packed with chairs of varying shapes and sizes, arranged in a semi-circle pattern. A nearby wall had a graffiti-like mural that read, somewhat perplexingly, “We want more” and “Thank you.” At the front of the room was a makeshift stage flanked by two televisions. A giant Ma Batwings “M” was plastered on each display.

Welcome to the new, soon-to-be Lenovo-owned Motorola—it’s surprisingly like the old one.

As I waited for the proceedings to begin, I reflected on how much Motorola, long a stalwart of the U.S. electronics industry, had impacted my life. Sure, most people associate the name with the pioneering radio giant it once was. But, owing to the nature of cellular technology and mobile phones, Motorola has played an integral part in many people’s daily lives. For example, in high school I had a job selling cell phones, and I recall Motorola’s StarTAC being a tough sell. (It had a steep price tag.) Still, I was able to move inventory, a sign of things to come. Years later, I worked for Verizon Wireless, where I found myself bewildered at how well the Motorola Razr still sold well a full two years—eons in technology—after it arrived on the market. For much of my life, Motorola was a giant in technology. That’s not quite the case today.

But back to the event at hand. Rick Osterloh, the newly-appointed president of Motorola Mobility, took the stage wearing a smart watch on his left wrist. “Choose to have the freedom to choose,” he declared. It would turn out to be the day’s theme. Osterloh and company went on to introduce two new phones, the Moto X and Moto G, that could be customized front to back. They introduced a highly-anticipated Google Android-based watch, the Moto 360, which came in different colors and with various bands. Finally, they showed off the Moto Hint, a futuristic Bluetooth headset, available in an assortment of colors and materials.

The new Moto X, in particular, was notable because it was the company’s second shot at introducing a market-moving device. The first model of the phone, the company’s flagship model, launched in late 2013. It was Motorola’s attempt to lay claim to a new supremacy—the handset was competitive, customizable, affordable, and assembled in the United States. Despite always-on voice commands and an all-day battery, the phone never gained traction, and always seemed to be on sale. When his presentation was over, I pressed Osterloh on why the phone’s price seemed to be in a constant flux. “We learned a lot about what it took to succeed in the premium smartphone business when we launched the Moto X,” he told me. “For us, we found the sweet spot was about one- to two-hundred dollars below Samsung and Apple.” As such, the new Moto X retails at $499 without contract, about $150 lower than comparable Apple or Samsung devices.

Another theme that echoed during the presentation was that of “Pure Android.” Awash in a sea of customized versions of Google’s Android mobile operating system, Motorola has chosen to take the foundation of code Google releases to its partners and leave it mostly untouched. The company sees it as a point of differentiation. It touts it as a “Vanilla Android” experience, perhaps the first time in the history of blinking, buzzing consumer electronics in which “plain” was equated with “preferred.” The result, it says, is a faster, leaner device that’s capable of receiving major software updates sooner than the more customized phones on offer by every other manufacturer.

Steve Horowitz, Motorola’s senior vice president of software, was insistent that the company’s restrained tweaks to Android could not be matched by any competitor. “One of things that I like, frankly, are features that people don’t even know are features,” he told me. He’s referring to a new feature in which you merely wave your hand over the phone’s display to silence an alarm or incoming call, rather than press, tap, or swipe as on other phones. “It’s almost like a natural gesture—’Oh, stop it,’ and it just works,” he said. It’s a neat parlor trick.

Whether such subtleties are enough to send the masses back to the store and pay a premium for a Motorola device remains to be seen. The company continues to be in transition, and that narrative has hijacked most everything related to the products it makes. Its new and highly touted Texas assembly plant is expected to close as final assembly moves to China, Lenovo’s home. The Midwestern company is still recovering from its whirlwind marriage to (and divorce from) that beacon of Silicon Valley, Google. And the Lenovo deal isn’t even expected to close until 2015, leaving it in limbo for the rest of the year. If its executive team can put all the corporate drama behind it and focus once again on making compelling devices—Droid, anyone?—they could very well take advantage of a lot of latent goodwill for the company, at least in the U.S.

Motorola has the freedom to choose. Now it just needs to do it.