iPhone 6 sales: Too soon to call a record 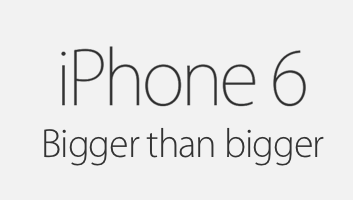 The press release called it a first, but the “record” 4 million pre-orders Apple received Friday in 24 hours is not quite the same thing as the record set last year by the iPhone 5c and 5S: Sales of 9 million units in the first three days.

The iPhone 6 and 6 Plus could beat that number, but it’s not going to be easy.

As Piper Jaffray’s Gene Munster pointed out in a Sept. 1 note, “significant channel fill” — i.e. shelf-stocking — was built into those 9 million iPhones. Perhaps as much as 3 million units.

Munster cautioned his clients to expect investor “noise” after next weekend’s opening sales numbers come out, given the likelihood that they won’t beat 9 million. His current estimate for first weekend sales: 6.5 million.

WATCH: The evolution of the iPhone