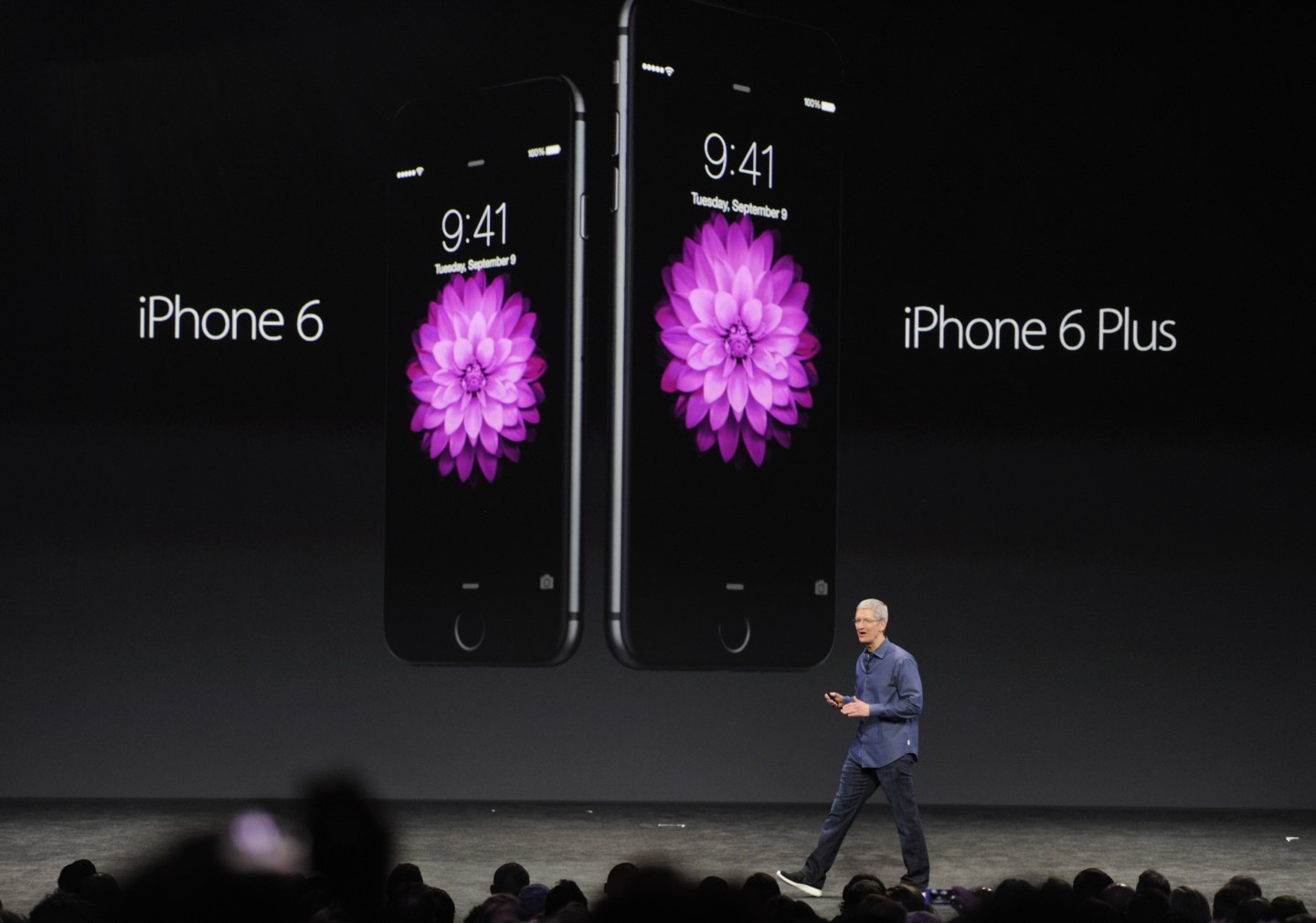 Tim Cook, chief executive officer of Apple Inc., unveils the iPhone 6 and iPhone 6 Plus during a product announcement at Flint Center in Cupertino, California, U.S., on Tuesday, Sept. 9, 2014. Apple Inc. unveiled redesigned iPhones with bigger screens, overhauling its top-selling product in an event that gives the clearest sign yet of the company's product direction under Cook. Photographer: David Paul Morris/Bloomberg via Getty Images
Bloomberg Bloomberg via Getty Images

In case it wasn’t already obvious, people really like their iPhones. Apple announced this morning that it received a record 4 million orders for the new iPhone 6 and iPhone 6 Plus in the first 24 hours the smartphones were available online.

This is the most pre-orders ever received for an iPhone, according to Apple.

The number of iPhones ordered exceeds the amount that will be initially available, meaning that while many customers will receive their phones on the release day this Friday, some won’t be delivered until October. Phones will be available for walk-in customers at Apple (AAPL) retail outlets starting at 8 a.m. ET on Friday.

The new iPhone models were announced at a mega-event in Cupertino, Calif., last week. The iPhone 6 is 4.7 inches diagonally, while the iPhone 6 Plus measures 5.5 inches. Both have storage sizes running from 16 GM to 128 GB, and are described by Apple’s CEO Tim Cook as “the biggest advancement in the history of iPhone”