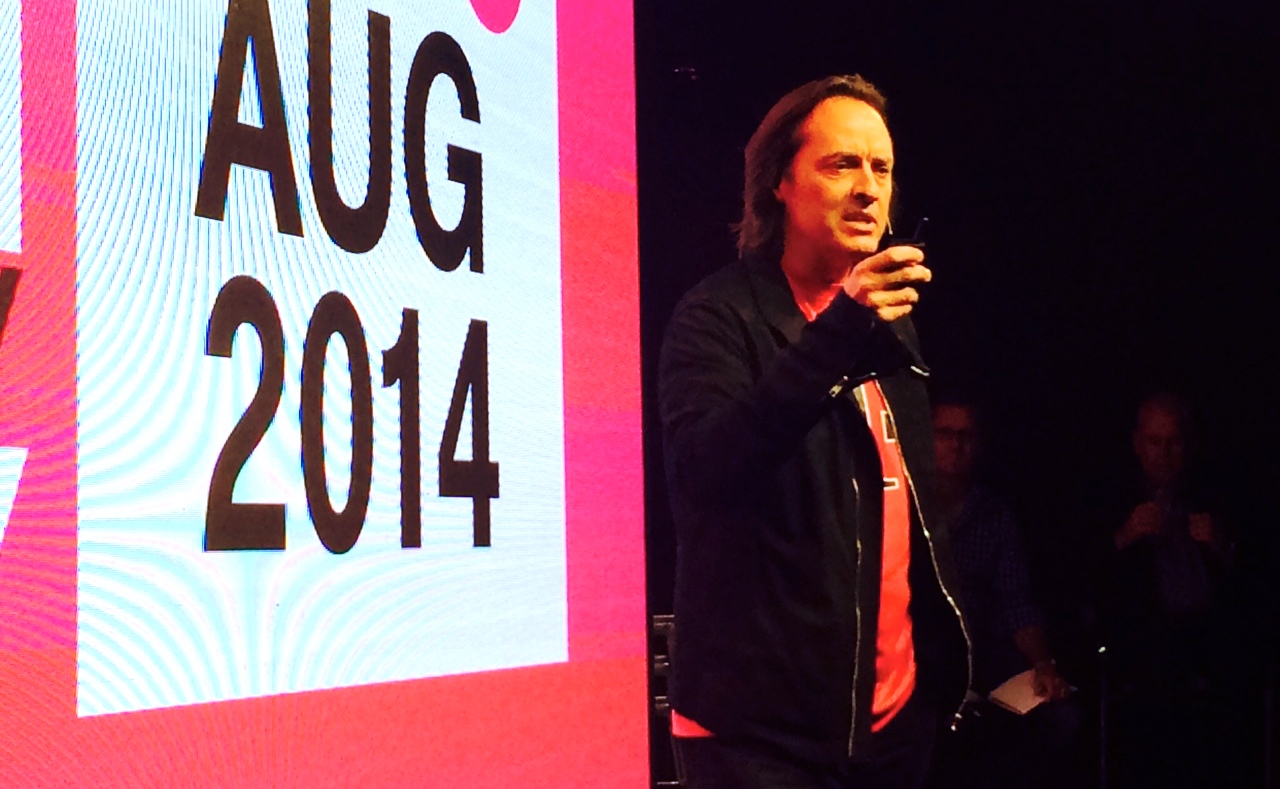 T-Mobile has introduced plans to expand its mobile phone coverage to areas where reception is either spotty or nonexistent by using wireless Internet connections.

The nation’s fourth-largest carrier said on Wednesday that it would offer subscribers a free Wi-Fi router to boost cell phone reception within their homes. Meanwhile, a new partnership with Gogo’s in-flight Internet service, lets subscribers send texts and photos aboard flights that offer it.

The news is T-Mobile’s (TMUS) latest effort to lure away wireless subscribers from competitors like Verizon Wireless (VZ), AT&T (T) and Sprint (S). Over the last year-and-a-half, T-Mobile has upended the wireless carrier industry by nixing its traditional two-year subscriber contracts in lieu of monthly installment plans to pay for smartphones, lowering the cost to upgrade devices, and letting subscribers stream digital music for free.

So far, the strategy is working. At Wednesday’s event, Legere proudly announced that August was T-Mobile’s biggest month ever by adding 2.75 million new subscribers, many of whom defected from rival companies. “AT&T is usually my favorite,” Legere said. “They’re the company that keeps on giving.”

For T-Mobile, the next six months will prove particularly important. In two months, the carrier is expected to compete in an auction by the FCC for $10.5 billion of unused airwaves, which could be used to beef up the company’s coverage area. It lags behind AT&T and Verizon.

Earlier this year, T-Mobile had been in talks to sell its U.S. operations to Sprint — a merger that would have provided T-Mobile the extra cash needed to compete in the FCC’s auction. But the negotiations fell apart and, instead, Legere said T-Mobile raised $3 billion in debt financing earlier this month.

The failed Sprint merger may have left a bad impression on Legere, who earlier this year projected his company would pass Sprint as America’s third-largest carrier by the end of the year. Legere touched on the topic Wednesday: “My update? Put a fork in it. It’s happening. … Next on our list is AT&T.”

T-Mobile’s Wi-Fi router will be available to subscribers for a $25 deposit starting Sept. 17. It is intended as an alternative for people with spotty cellular signals at home. Subscribers can also send texts and photos in-flight via Gogo wireless Internet starting Sept. 17. Currently, 75% of all domestic flights — or 800 flights traveling daily — make the service available.