How a hacker is remaking the tights business and, perhaps one day, global clothing production 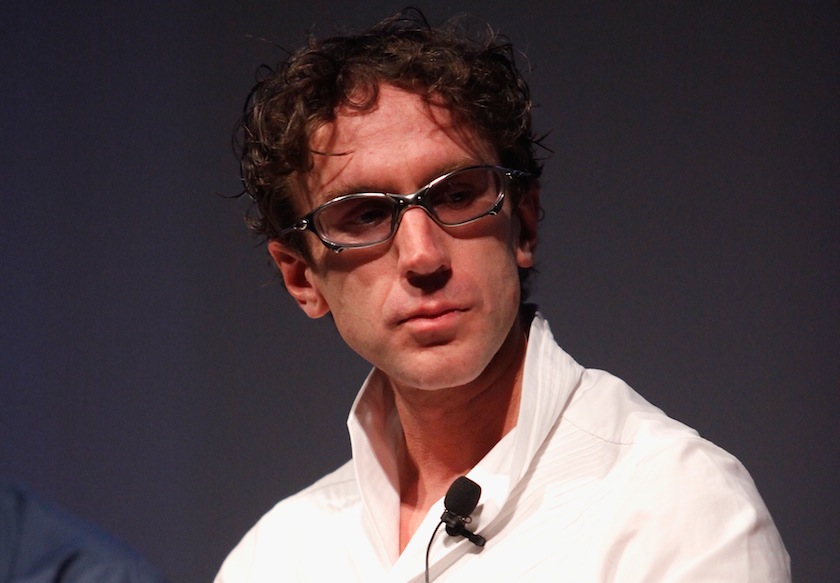 Holman is a well-known hacker who earned a weird kind of fame by doing magic shows where he stole audience member’s passwords and broke into their phones on stage. And he has a day job as an inventor at former Microsoft CTO Nathan Myhrvold’s invention shop/patent licensing firm Intellectual Ventures, which is working on, among other things, a fission reactor powered by nuclear waste and a device to shoot mosquitoes out of the sky with lasers to help eradicate malaria.

But there he was, selling tights from a building around the corner from Seattle’s KeyArena. Not only that, he was claiming that it was a big step into the future.

As Holman tells it, he came into leggings through salsa. An avid dancer, he noticed that a lot of female salsa dancers were wearing highly graphic leggings. The weird thing was that they all came from a small Australian company called Black Milk.

Like a good entrepreneur, he saw a problem that needed a fix—namely, a lack of suppliers of cool legging designs. And so, he thought, why not take new micro-production manufacturing technology (he knew about this, having been an adviser for MakerBot Industries, the maker of desktop 3D printers) and combine it with an Internet platform that allows artists to upload graphic designs for leggings.

Then, leggings wearers would have a variety of prints to choose from, each could be customized to their size and shape, nothing would be made until it was ordered, and the artists would get a royalty to boot. The base price: $69 plus artist royalties.

When orders come in, the fabric is machine printed on Italian fabric, and then cut and sewn by the company’s four seamstresses (an automated cutting machine is coming soon); the product is usually dropped in the mail the next day. To further customize the leggings, Holman says Bombsheller will soon let customers select custom lengths (instead of S/M/L) and the company is working on an iPhone application that will generate a customer’s comprehensive measurements from two “selfies.”

“We’re imagining this future where you could imagine something and robots make it for you. And it’s custom for you in your color and size and at the right time. That’s radically different than how things are manufactured right now,” says Holman, 43. “As a way of getting my hands dirty, I wanted a company that worked like that, that made products on demand.”

Bombsheller is not so much a tights e-commerce site as it is a dry run for the clothing industry’s holy grail: a future in which people order custom-fitted and custom-printed clothing made by robots on demand. In that future, all clothing fits perfectly and looks just the way you want it, and there’s no landfill waste because your clothier is not mistakenly making 10,000 cranberry V-necks that no one wants.

In that sense, Bombsheller has the same goal as most clothing companies. Big apparel companies like Benetton and Zara have automated parts of the manufacturing process for years, though they don’t make an individual client’s products on-demand. A bunch of companies, like ShirtsMyWay, allow customers to upload their measurements and then make custom-fit shirts only when they’re ordered, but they are limited to existing fabrics and humans play a big part in the production. And places like Zazzle custom-print clothing and other products on demand, though their base products are standard.

To be sure, Bombsheller is not going to put “fast fashion” giants like Zara or H&M out of business anytime soon. Holman says he invested less than $500,000 in the company, which has all of 20 employees and, since it launched a month ago, negligible revenues.

But while modest, Bombsheller’s combination of automation and on-demand services is a meaningful step toward the ultimate goal of automated custom clothing.

“[Bombsheller’s] make and print on-demand is beyond where the established firms are at, and when they automate all of it, that will be a sweet place to be,” says Derek Elley, founder of Ponoko, one of the pioneers of make-on-demand 3D printing. “The key to their success will be [the fact that] they are starting with one garment [leggings]. This is good thinking.”

To Holman, it’s not so odd for a hacker to be making tights, especially when the goal is to remake the clothing business.

“By definition, you can’t do something new by reading the directions,” he says. “The mind of a hacker is really important for figuring out what’s possible for new technology.”