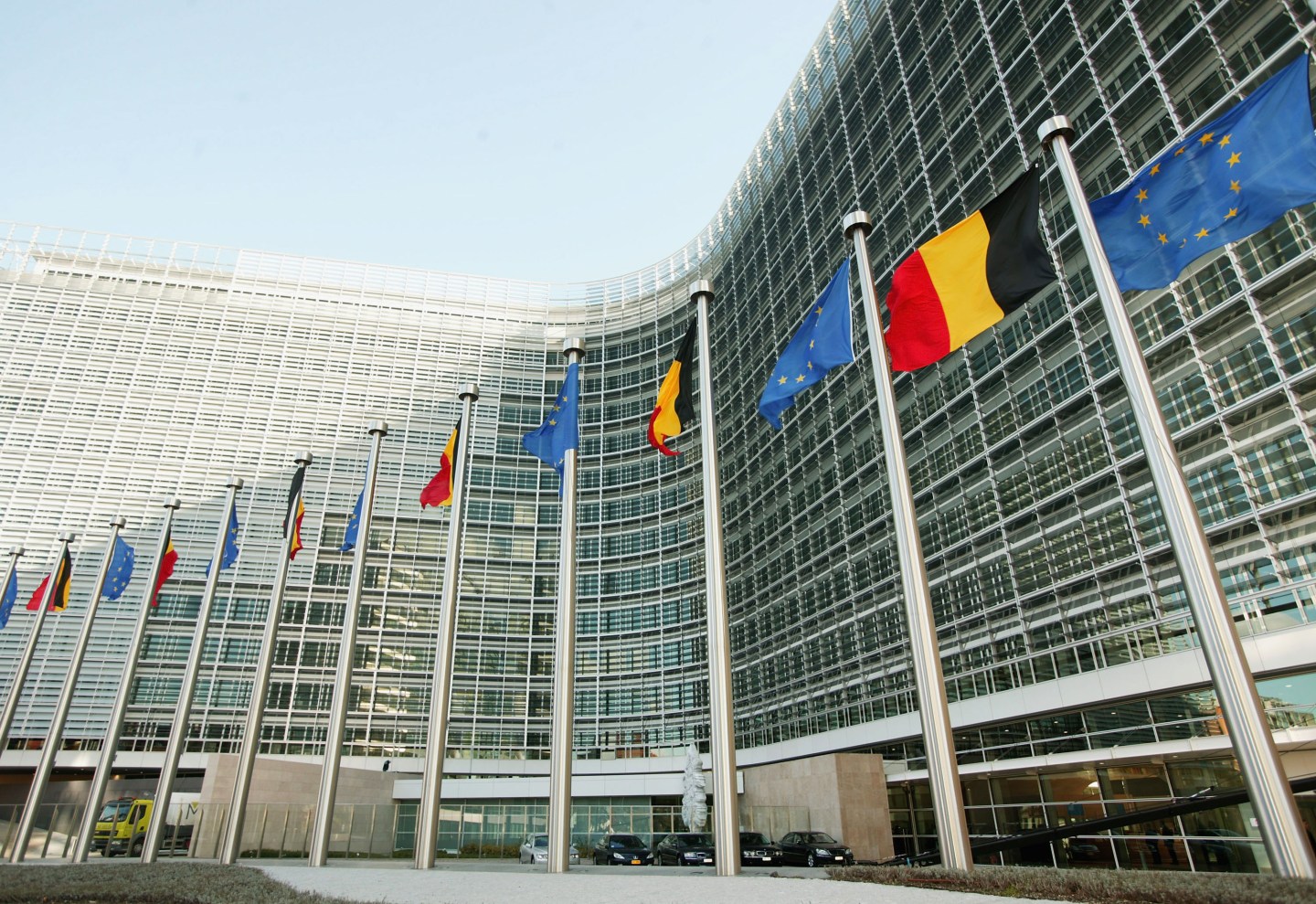 BRUSSELS, BELGIUM - OCTOBER 21: The Berlaymont building, the headquarters for the European Commission, is unveiled October 21, 2004 in Brussels, Belgium. Berlaymont, originally built in 1967 but abandoned in 1991 after asbestos was discovered throughout the structure, was finally unveiled after a long delayed 13 year redevelopment. The building is expected to re-welcome the EU commission on November 1. (Photo by Mark Renders/Getty Images)
Mark Renders Getty Images

A high-stakes game of musical chairs in Brussels has ended with the U.K. getting a key concession that may help to stop it leaving the 28-country bloc.

It has also given the key job of negotiating the E.U.’s trade relations with the rest of the world–including, most importantly, the Transatlantic Trade and Investment Partnership with the U.S.–to an economically liberal Swede, instead of a German conservative, as earlier intended.

And in a move that will raise eyebrows in Germany on the day that France again said it would again fail to cut its deficit as promised, a Frenchman will take charge of enforcing the Eurozone’s budget rules.

The full details of the new E.U. Commission, 28 bureaucrats who head the Brussels-based bureaucracy responsible for drafting and enforcing European law, were published Wednesday by its president, Jean-Claude Juncker.

The divvying up of top jobs in the Commission is always a matter of intense political lobbying, as each member state tries to grab control of the agenda on the issues that matter most to it–usually in the teeth of opposition from others afraid that such manipulation will harm their interests.

As such, Juncker has made a powerful statement in giving the U.K.’s Lord Hill, a Conservative ally of Prime Minister David Cameron, responsibility for financial regulation and the proper functioning of the E.U.’s capital markets.

The U.K. has clashed increasingly bitterly with the rest of the E.U. over financial services in the last five years, as it has found itself outnumbered on key issues by a Eurozone that is more and more often voting as an 18-country bloc.

The failure to defend the interests of a key part of the U.K. economy–London is by far the biggest financial marketplace in Europe–has made it hard for politicians to argue that the benefits of E.U. membership still outweigh its unpopular aspects, such as large-scale immigration from eastern Europe and often heavy-handed bureaucracy.

Against that background, Cameron has promised a referendum on leaving the E.U. if he is re-elected next year. That raises the risk of a U.K. exit, which would signal the reversal of a seemingly unstoppable long-term trend of European integration since the Second World War, and create huge uncertainties for both the U.K. and the rest of the bloc.

But Hill’s appointment will also enrage many on the Continent, who still feel that the U.K.’s complacent attitude to financial regulation was among the biggest causes of the financial crisis and the grinding recession that has followed it.

Sven Giegold, a German who is co-head of the Greens in the E.U. Parliament, called the appointment “an unacceptable provocation.”

Juncker’s calculation is that Hill’s influence will be counter-balanced by putting former French finance minister Pierre Moscovici in charge of economic and financial affairs, and by the work of the E.U. parliament, which will, as before, be dominated by members from Eurozone countries.

The other big news in the line-up of the new Commission is that Germany’s Guenter Oettinger will not, as previously thought, assume responsibility for trade, although his portfolio of “Digital Economy & Society” will still allow German concerns about large U.S. internet companies to be felt indirectly in the TTIP negotiations.

The trade portfolio itself goes to Cecilia Malmström, a Swedish liberal whose previous job in the Commission–Home Affairs–had also given her exposure to the internet- and privacy-related issues that look set to be the E.U.’s biggest concerns in the TTIP negotiations.