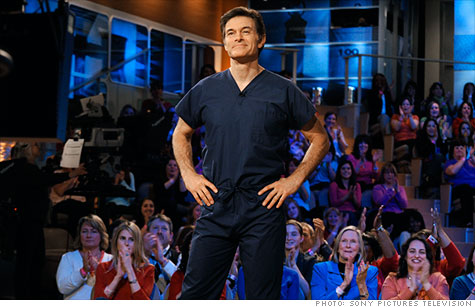 Dr. Mehmet Oz, known to television viewers simply as Dr. Oz, once touted a natural extract to viewers as helpful in losing weight.

On Monday, the company behind the miracle ingredient agreed to pay $3.5 million to settle accusations by the Federal Trade Commission that it used phony science to back up its claims.

Applied Food Sciences had pushed green coffee extract in its advertising as a diet aid. But federal regulators said there was no scientific basis for its marketing.

“Applied Food Sciences knew or should have known that this botched study didn’t prove anything,” said Jessica Rich, director of the FTC’s Bureau of Consumer Protection, in a statement. “In publicizing the results, it helped fuel the green coffee phenomenon.”

In June, a group of U.S. lawmakers criticized Dr. Oz for his endorsement of the product, calling it careless and disappointing. Sen. Claire McCaskill, D-Mo., the chairwoman of the subcommittee on Consumer Protection, Product Safety, and Insurance, lashed out at a hearing, saying: “I don’t get why you need to say this stuff when you know it’s not true. When you have this amazing megaphone, and this amazing ability to community, why would you cheapen your show by saying things like that?”

Oz, a graduate of Harvard University and University of Pennsylvania’s Wharton Business School, said at the time that he’d use a more critical lens before hawking products on his show. “In addition to exercising an abundance of caution in discussing promising research and products in the future, I look forward to working with all those present today in finding a way to deal with the problems of weight loss scams,” said Oz in a statement.

“My job is to be a cheerleader for the audience, when they don’t think they have hope,” he told lawmakers, according to The Hill.