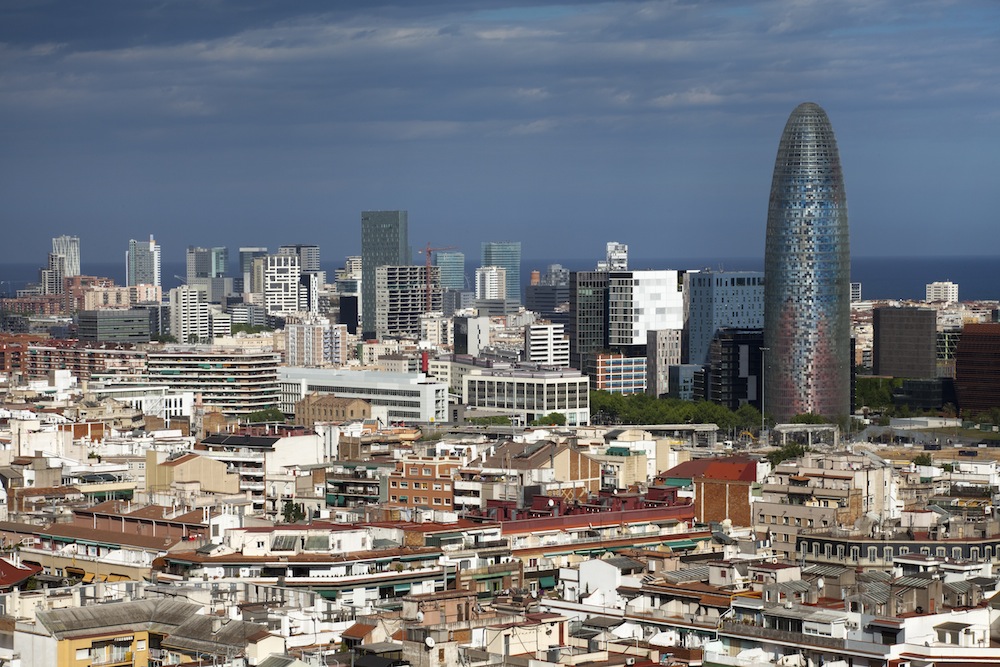 “I do not think there is a boom in the hotel industry in Spain. I just think the trend is changing,” says Jordi Badia Llorens, whose Barcelona real estate fund Emin Capital just paid 150 million euros for Barcelona’s iconic Torre Agbar building, in which it plans to invest another 50-60 million euros to refurbish it for use as a Grand Hyatt hotel.

One could be excused for disagreeing.

Like Badia’s purchase of the Torre Agbar, many of the investments have been large.

The appeal of the Spanish hotel industry is obvious: tourism. The industry has been the driver of Spain’s nascent economic recovery. During the first seven months of 2014, 36.3 million foreign tourists visited the country and spent 35 billion euros, both record highs.

But there are other, less obvious reasons for the boom in hotel investment in Spain. For one, Spain’s trip to the brink and back has made investments in its hotel market much more profitable than the frothy real estate markets in other countries.

“For the last six years, international investors didn’t trust the euro zone. So they decided to invest in any market outside of the Euro, like the U.K., Switzerland, and the Nordic countries. Because investment was so concentrated in those countries, they created a large bubble,” says Patricio Palomar Murillo, director of research and investment strategy at CBRE Spain. “Now, they are looking to diversify geographically. And now that’s there’s not so much worry that Spain will leave the euro, it’s becoming one of the most interesting countries to invest in.”

There is also the issue of profitability. Spain’s residential property market has seen huge price drops—over 50% in some areas—but disparate property portfolios and overbuilding have made investing a difficult proposition. Shopping centers are an option, but mostly for experienced mall operators. And profitability for prime office space is down.

Prime office investment yields, which bottomed at 4.25% during Spain’s real estate bubble in 2007, surged after the price crash to 6.5% in 2009. But the combination of falling rents, which bottomed in 2013, and a rise in office building prices inspired by international investors, has sent yields back to 5.5%, according to CBRE Spain.

“These days, hotels are profitable sources of income, which can’t be said for offices,” says Badia.

So, what will this investment surge mean in the coming years? Investors like Badia are betting that Spain’s tourism boom—and its evolution—will translate into large profits for those who invest now.

“Since the 90s, tourism in Spain has been a recurring and stable source of revenue,” Badia says. “What we have seen is that the type of tourism to Spain has changed, and with it, the kind of hotels, especially in urban areas. A few years ago, in Barcelona, ​​there were few international luxury brands, while today everyone is looking to have the best hotel in town.”

Not everyone is so sanguine. Pau Guardans, founder and owner of Único Hotels, says that much of the hotel investment boom can be traced to the poor profitability of other real estate investments in Spain, as well as revised laws for SOCIMIs (Spain’s version of REITs), which have attracted several billion euros into Spanish real estate.

“That there is investor pressure [in hotels] doesn’t mean that hotels are great investments. But they are better than the rest,” says Guardans.

Guardans expects the investment surge to lead to a glut of hotel space in the coming years, which would cut the profitability of investments being made today.

“There will be more supply than demand in hotels in Spain when all these are built in two or three years,” he says. “Barcelona is a clear case. Madrid or the coast too.”

Still, Guardans says he is looking at space in Madrid, which has seen less hotel investment than Barcelona. And investors like Badia expect demand to meet the supply.

“Over the decades, Spain has shown that it is able to absorb the hotel supply. Even in the crisis years, tourists have continued to visit Spain,” Badia says.