Can the NFL’s Roger Goodell manage his own survival? 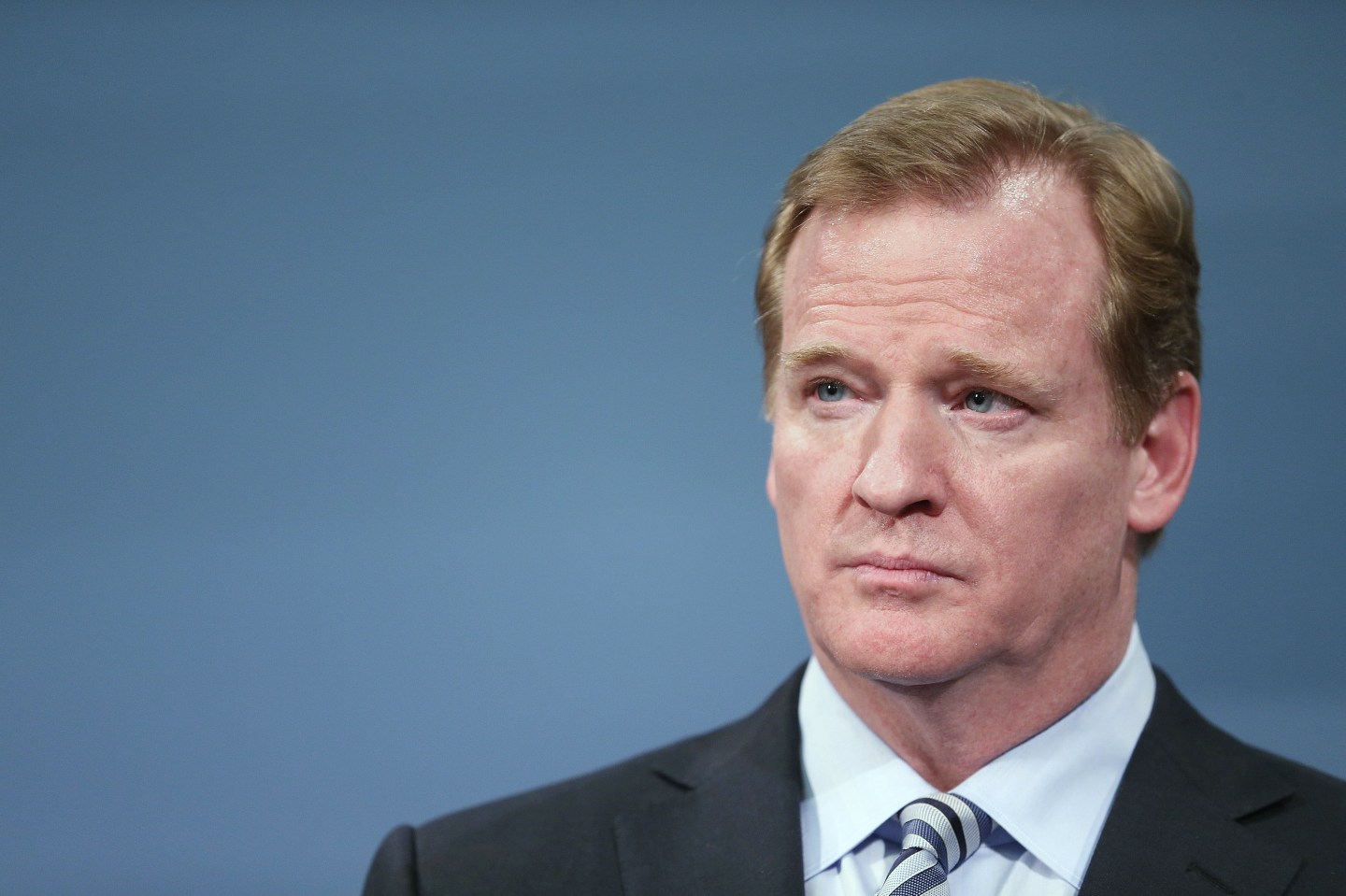 The NFL is a cash cow that continues to generate more than $9 billion of revenue each year—but the man at the top can’t seem to save it from crises.

The past two seasons alone have seen a slew of various behaviors or violations by players and non-players that, critics say, have not been sufficiently handled by the league and its commissioner Roger Goodell.

Last June, New England Patriots tight end Aaron Hernandez was arrested and charged with first-degree murder. On the same day, Cleveland Browns rookie linebacker Ausar Walcott was arrested and charged with attempted murder. In November, former Cowboys receiver Sam Hurd was sentenced to 15 years in prison for drug-trafficking. In January, New York Jets tight end Kellen Winslow was found to be in possession of synthetic marijuana, after already having served a four-game suspension for performance-enhancing drugs. In March, Indianapolis Colts owner Jim Irsay was arrested for drunk-driving. In May, Arizona Cardinals linebacker Daryl Washington, who had been arrested on two counts of assault a year earlier, was suspended for this season for violating the league’s drug policy. In July, Cleveland Browns star wide receiver Josh Gordon, already at the time facing a potential year-long suspension for violating the league’s drug policy, was arrested for driving while impaired. Former Minnesota Vikings punter Chris Kluwe spent the spring and summer embroiled in a lawsuit with his former team, stemming from a January tell-all post at Deadspin in which he wrote that Vikings coaches had repeatedly used gay slurs. And the ongoing public campaign to have the Washington Redskins change their team name, which many deem offensive, has never had more steam than right now, with prominent politicians, former athletes, and news outlets demanding the name be changed, but owner Dan Snyder steadfastly refusing.

Into all of this comes a new video that surfaced today in which Baltimore Ravens running back Ray Rice quite forcefully punches his then-fiancee in the face in an elevator, knocking her out cold. Previously, only footage of Rice dragging her unconscious body from an elevator had been released, and based on that footage, the NFL suspended Rice for two games. To many, that suspension, at the time, looked lenient; now it looks inexcusable. The slap on the wrist was so criticized that Goodell had to issue a new league policy on domestic abuse: six-game suspension for a first offense, indefinite ban for the next one.

Roger Goodell became commissioner of the NFL in 2006, succeeding Paul Tagliabue. He takes home over $44 million a year, is extremely image-conscious, and, sources at the league have told Fortune, constantly instructs colleagues to “protect the shield,” the NFL’s logo. But he has been criticized time and again for management decisions, even as the organization he leads has emerged as America’s true pastime and most profitable game. In the Rice situation and in other recent crises, he has been accused of not acting quickly enough, or not being severe enough. But he has also, at times, gone the other way. In 2012, after Goodell issued a slew of suspensions to New Orleans Saints players for participating in a “bounty” system that paid them bonuses for injuring opponents, Goodell appointed his former boss, Tagliabue, to be the arbiter when the Saints appealed. Tagliabue’s findings reflected fault in Goodell’s handling of the situation; Tagliabue’s report suggested that players were following the orders of their coach Gregg Williams and implied that Goodell’s original actions were rushed and unjust.

Now he faces yet another PR nightmare in Rice. On Monday afternoon the Ravens promptly cut Rice from the roster; Goodell, minutes later, indefinitely suspended him from the league (Rice otherwise would have been able to sign with another team come Friday). But make no mistake: this action will not swiftly put this disaster to rest. The more pressing question here, and one not being ignored by the media or by fans, is whether the league, and Goodell specifically, had already seen the footage of the punch. On Monday morning, the NFL said officially that no one at the league had seen that part of the footage when Goodell made his two-game suspension decision. Its full statement, e-mailed to Fortune:

“We requested from law enforcement any and all information about the incident, including the video from inside the elevator. That video was not made available to us and no one in our office has seen it until today.”

But in late July, NFL writer Peter King wrote, in Fortune‘s Time Inc. sister publication Sports Illustrated, that NFL officials, and the Ravens, too, had indeed seen, “the other videotape… from the security camera inside the elevator at the time of the physical altercation between Rice and his fiancée.” Today, King backtracked and apologized for not checking with the NFL for a comment at the time of that story. But the definitive truth remains unclear. Is the NFL being honest in its timeline of events?

The Ravens organization, meanwhile, is also under fire now. On May 23, the team’s official Twitter account tweeted that Rice’s wife, “deeply regrets the role that she played the night of the incident,” a tweet that now looks particularly tone-deaf and that it took down today. The franchise has been criticized already for its lionizing of former Ravens linebacker Ray Lewis, who narrowly avoided conviction after being charged with murder in 2000 (the next year, he was Super Bowl MVP). Lewis was also in the news a year ago for his use of controversial deer-antler spray pills. This summer the Ravens erected a statue of Lewis outside of M&T Bank Stadium in Baltimore.

If it comes out that Goodell had indeed seen the footage released today, and still chosen a mere two-game suspension, it could very well cost him the commissioner job.

Ray Rice is only one player, but he represents the much larger problem the league faces with criminal conduct by too many of its men. This situation is not at all fully resolved by Rice being cut from the Ravens and suspended from the league. And there are many more still-unresolved entries on the laundry list of PR nightmares Goodell has dealt with in his tenure. Depending on how this newest situation plays out, it may not be Goodell who resolves them.