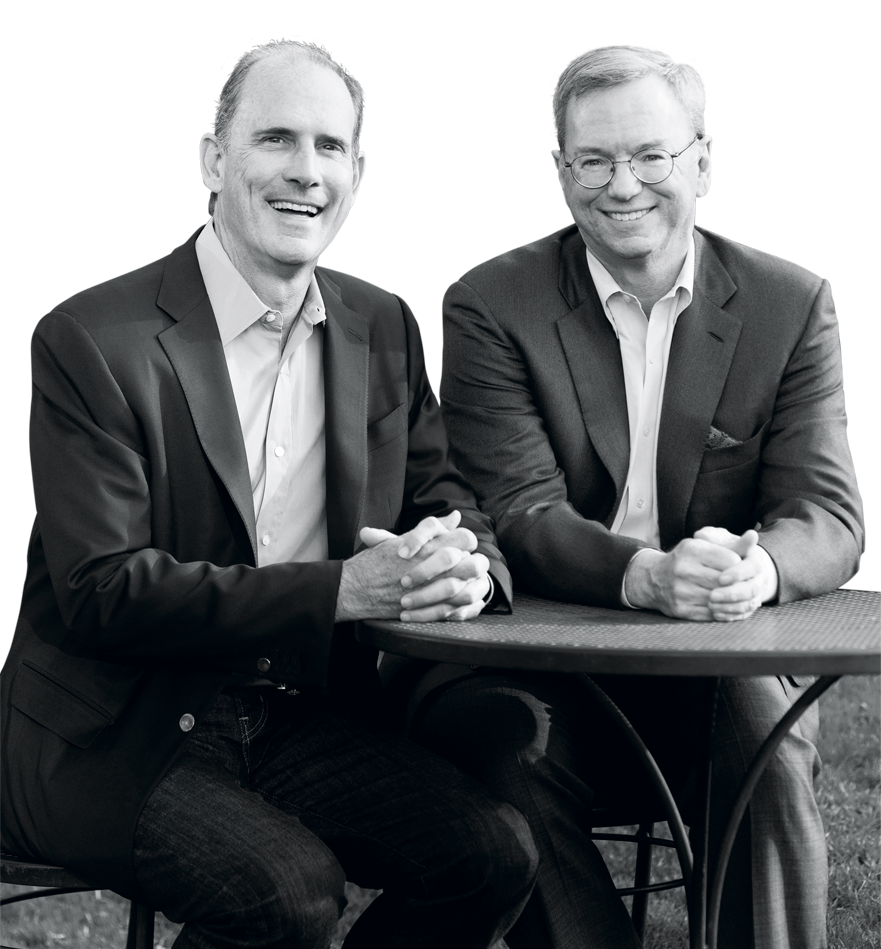 Even 10 years after going public, Google remains the most sought-after workplace in the world—period. It sits atop Fortune’s list of the 100 Best Companies to Work For and fields more than 2 million job applications every year.

In How Google Works, a new book to be published later this month, chairman Eric Schmidt and exec adviser Jonathan Rosenberg pull back the curtain to reveal how the company created its unique culture of workplace innovation. They recently spoke to Fortune about hiring practices, talent, and Googleyness. Here are some highlights from that conversation.

How has Google been able to sustain its culture even while growing apace?
Schmidt: I think one way to understand Google is to understand that we built it to systematize innovation. If you have a way in which new stuff keeps happening, then the culture evolves with that. You don’t say “we’re going to preserve our culture.” Instead you build an innovation culture that will take care of itself.

Rosenberg: We talk a lot in the book about setting the principles of culture from the outset. And I think we’ve continued to maintain those as cultural guideposts with all of the people we’ve hired since the IPO.

What specifically has changed in 10 years?
Rosenberg: The implementation of the principles are much harder when you get bigger. But we’re still espousing and living the same principles. You just have to repeat the prayer more times and in more places.

What’s the worst job interview you’ve ever been on?
Rosenberg: I certainly remember when the Procter & Gamble people came to recruit at the University of Chicago. They were looking for people who were very quantitative and had strong statistics backgrounds and they were trying to hire me as a product manager. The guy’s pitch was that driving forward at P&G was like looking through your rear view mirror. So the idea that P&G was not really empowering the product managers to think forward, but simply to look backwards at data and try to figure out what to do with the pricing and the couponing of the services. That was my worst one.

How do you identify great talent?
Rosenberg : The No. 1 thing that you look for is passion. You want the kind of person who is constantly learning. Ask them to reveal the surprises that they saw in the things that they worked on because it shows you their thinking.

Schmidt: Most companies hire for the position, not the person. So they look for a match on LinkedIn for all of the criteria: They have to have five years of this, and 10 years of that—and that’s precisely the wrong way to go about hiring. The right way is to hire the smartest people that you can, because the business is changing. So what you care about is their critical thinking. You want leaders who will keep fighting and keep changing the strategy, changing their tactics so they’ll eventually win.

What happens when a Googler starts losing the passion?
Schmidt: Hopefully it starts with a conversation initiated by the employee or by you. In that conversation you basically ask them, “Where do you see yourself in five years? What excites you?” It’s a specific kind of person who wants to work in an environment that is always changing.

Rosenberg: If somebody has actually lost the passion for attacking big problems and changing the world, there’s not much I can do as a manager to fix that. What we have always done pretty aggressively is rotate our passionate people across the company into different organizations. We talk about that in the book—pass the M&M’s and not the raisins.

So where do you see yourself in five years?
Rosenberg: Wow. I think at this point I don’t expect to be a in full-time operational role, so the ideal job for me over the course of the next several years is to try to help small teams at Google learn and understand the principles that we espouse in this book.

Schmidt: For me, I made a decision that Google is my home. I was CEO for a decade. My plan is to be chairman for a long time. You want to do multiple jobs in life. I’ve been working on innovation and technology policy—in a long tradition of scientists helping government to do the right thing. So that’s where I’ve ended up, and I’m quite happy with that. And I think that’s where I’ll be for a long time.

Any advice for job seekers?
Schmidt: The primary thing you should do as a potential employee is figure out which is the most fun fast-growing company and go work there, because something is going to happen. Either you’ll get promoted three times. That’s what happened to me when I was at Sun [Microsystems]. I had no confidence, but I was promoted every year. (laughs) They needed someone to do this stuff and I was there.

You say you look for candidates who exhibit Googleyness. What is that?
Rosenberg: I would go back to passion, funny, attention to detail, and the type of person who passed what Eric would call “the airport test,” somebody who if you were stuck somewhere, you would learn something from just by virtue of spending more time with them.

Read the exclusive digital excerpt from the Talent chapter of How Google Works here.

A shorter version of this Q&A appeared in the September 22, 2014 issue.