Share a taxi with a stranger? Idea is catching in big cities 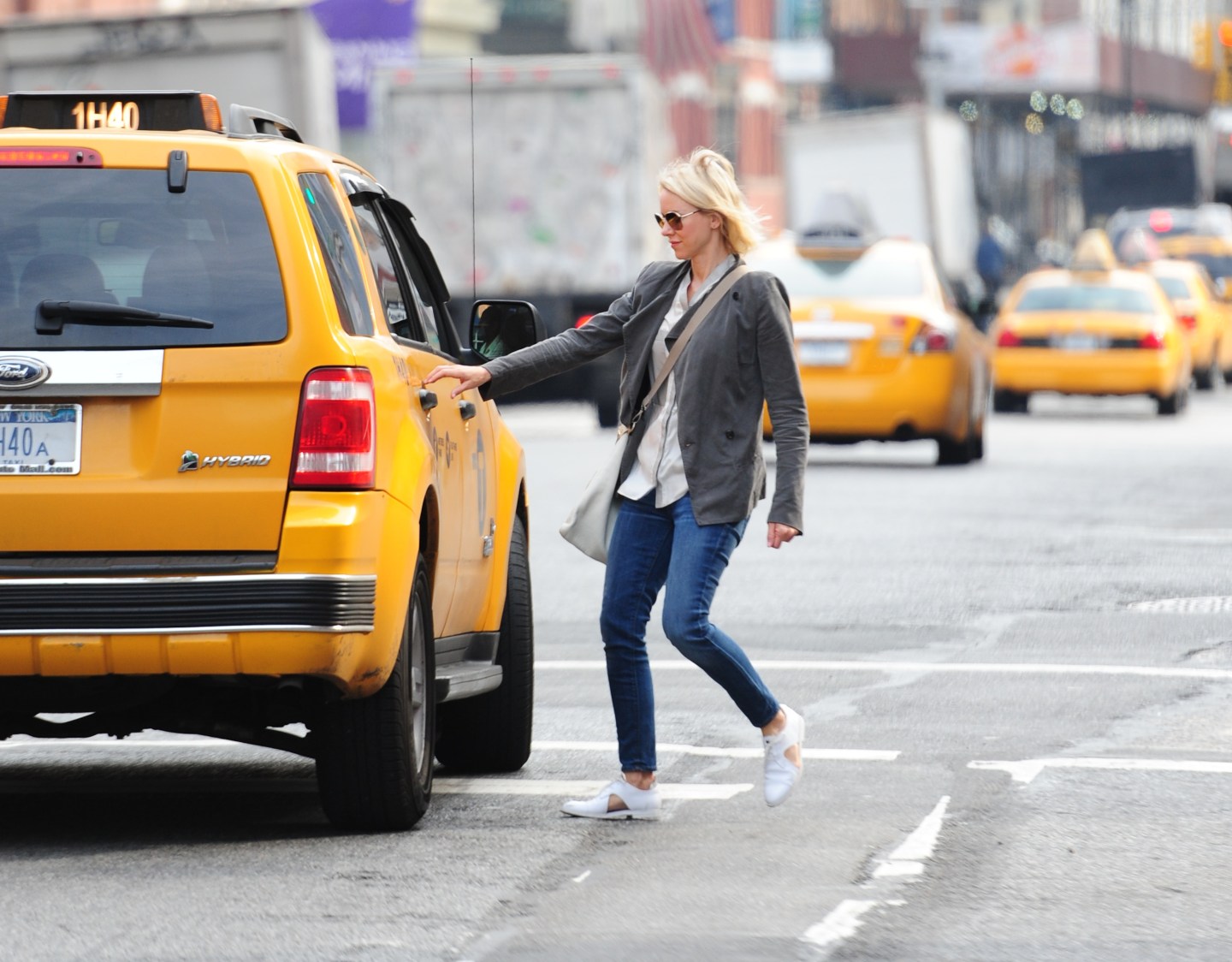 Americans have fallen in love with the idea of pulling out their mobile phone and ordering up a ride with the likes of Uber, Lyft or Sidecar.

But are they ready to share that ride with a total stranger?

Several companies, led by Bandwagon in New York City, have launched services in recent months allowing passengers to match up and share rides in taxis and car services especially from congested places like airports, train stations and convention centers.

Supporters say these services are catching on for the simple reason that ride sharing is cheaper and helps passengers avoid those long taxi lines at airports or the prospect of standing in the rain waiting for an empty taxi to stop.

“The strongest incentive is the time incentive,” said David Mahfouda, the CEO of Bandwagon whose company this month announced that it was linking up with the app Hailo in a program that allows passengers to match up, coordinate a ride and then together hail a taxi.

“If you are faced with a half hour or 45 minute cab line, every one in that line is interested in using our service,” he said. “A lot of people think it’s an inconvenience to share rides. But there are many situation, particularly when there is more demand for taxis than supply, when it’s faster to get into a vehicle with another person.”

Sharing a ride isn’t new. Car-pooling first came into vogue amid the cost-cutting efforts during World War II and returned with fervor especially in suburbia following the 1973 oil crisis. The idea never really caught on in big cities like New York or Chicago, where privacy is prized above all else and rubbing shoulder with strangers is something you only do on the subway.

But attitudes are changing as urban centers become more crowded and polluted. Tired of the gridlock and the worsening air pollution, politicians, environmentalists and concerned citizens are casting about for solutions. An entire field of research has emerged aimed at developing more sustainable and cleaner cities.

One of the epicenters of this work is the Senseable City Laboratory at the Massachusetts Institute of Technology, a research hub that looks at how digital technology is changing the way people live. Transport is one area they work and researchers from the lab on Monday came out with a study that found New York’s taxi system could benefit greatly from incorporating sharing into its system.

In the study that appears in the Proceedings of the National Academy of Sciences, researchers Paolo Santi, Carlo Ratti and several others analyzed 150 million taxi trips in New York City in 2011 and found “a vast potential of a new taxi system in which trips are routinely shareable while keeping passenger discomfort low in terms of prolonged travel time.” It analyzed the overall trip lengths – comparing two individual trips versus one shared trip – and found they could be cut by as much as 40 percent, adding that “this benefit comes with reductions in service cost, emissions and with split fares, hints towards a wide passenger acceptance of such a shared service.”

“There could be huge potential for taxi sharing in New York which makes a lot of sense,” said Santi, a visiting researcher at the lab from Italy.

“We showed that basically the vast majority of trips can be shared, more than 95 percent, with really minimal inconvenience for the passengers,” he said. “We think one of the merits of the study has been formalizing this intuitive notion that if you want to share a resource in this case a taxi trip you have compromise a little bit with your comfort.”

Santi acknowledged that not every New Yorker is ready to share taxis.

But as passengers become aware of the cost and time savings, Santi said he expected more to embrace the idea. It would also help, he said, if taxis were redesigned to offer passengers separate compartments to accommodate the sharing model. Policies could be introduced making it more lucrative for drivers to take multiple fares.

“Of course, we can’t force people to share a taxi,” Santi said. “What I would say is that these kind of services are becoming available. I don’t know exactly the acceptance of the services. But the simple fact there is a lot of competition between companies to start these sharing services seems to indicate interest between passengers.”

Along with Bandwagon, Uber and Lyft are getting into shared services. In announcing its Uberpool service earlier this month, the company called it a “bold social experiment.”

“While the UberPool idea is simple, the implications are profound,” it said in a Aug. 5 blog post. “On average, uberX already costs 40% less than taxi. Imagine reducing that cost by up to another 40%! In San Francisco, how about $6 to Uber from the Castro to the Financial District? Or $10 from Sunset to SOMA? At these price points, Uber really is cost-competitive with owning a car, which is a game-changer for consumers.”

About the same time, Lyft introduced Lyft Line which allows passengers using its app to set their destination and have the company connect them to other passengers heading in the same direction.

“We found that in San Francisco, 90% of Lyft rides have someone else taking the same trip within five minutes. When you look at this on a map, it starts to looks like a transit line,” Lyft spokeswoman Chelsea Wilson said of the service that will start in San Francisco.

Sharing could also prove attractive to traditional taxi services as they search for way to fend off the challenges from Uber and other start-ups. Several transport companies have come to Santi wanting to learn more about the research, recognizing they could reduce their operational cost by incorporating sharing and spread that savings to passengers as well as the drivers.

“There is a lot of interest in the transportation industry to provide new options for the customer, new ways of reducing costs,” Santi said.

You might think Mahfouda is anxious about the increased competition for his company which he launched in 2009 after graduate school as a “theoretical project” called Wheels. But he insists the arrival of Uber or Lyft into the space only reaffirms his belief that this model has legs. Since official launching as Bandwagon last year with help of nearly $1 million in state grants and a Verizon sustainability award, Mahfouda said its ride consolidation software including one feature called HOP Lanes which allows passengers to hop a taxi line has led to “significant month to month growth, thousands of shared rides and tens of thousands of users.”

“We are really growing. We are a real company,” Mahfouda said. “This is the next phase in the evolution of for hire vehicles. It is completely clear to me that people will move around in cities in the future and I’m really excited that we basically have a head start on this portion of the industry.”