The bar is high for Apple’s Sept. 9 event 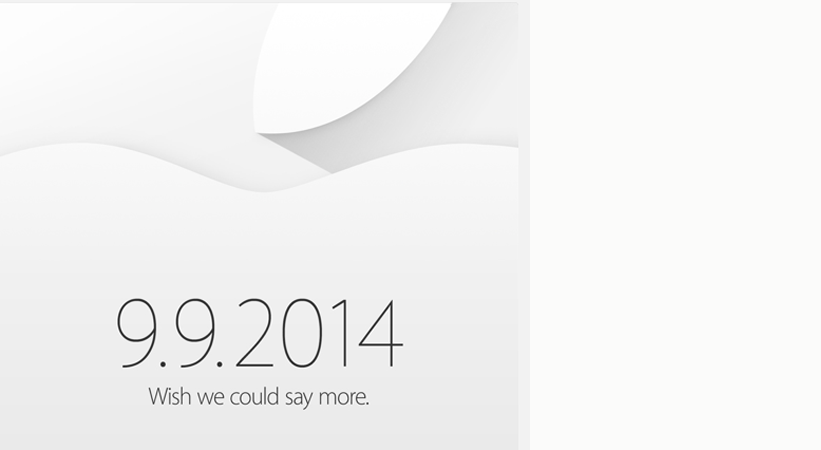 The invitations went out at noon, confirming month-old leaks, eliminating one uncertainty and giving the stock a little boost.

Now it’s up to Apple to deliver.

The bar is high — as it always is for this company — but this time Apple’s executive team may have been hoist on its own rhetoric.

In May, senior vice president Eddy Cue described what’s coming this fall as “the best product pipeline” he has seen in 25 years, words he may regret if that pipeline is found lacking.

Meanwhile, CEO Tim Cook promised that Apple would break into new categories — in other words, something beyond iPhones, iPads and Macs. Pressed by the Wall Street Journal’s Daisuke Wakabayishi, Cook begged for patience in a way that only raised the bar higher:

“You want to take the time to get it right. Our objective has never been to be first. It’s to be the best. To do things really well, it takes time. You can see a lot of products that have been brought to market where the thinking isn’t really deep and, as a consequence, these things don’t do very well. We don’t do very many things so we spend a lot of time on every detail and that part of Apple isn’t changing. It’s the way we’ve operated for years and it’s the way we still operate. I feel great about what we’ve got coming. Really great and it’s closer than it’s ever been.”

The expectation — fed by the same rumor sites that correctly predicted the Sept. 9 date — is that Apple has two families of products up its sleeve:

Fortune’s JP Mangalindan will be in Cupertino, live-blogging the event. I’ll be doing commentary from a remote location and at a more measured pace. I want to take the time to get it right.