The Obama Administration’s stealth plan to remake the workplace 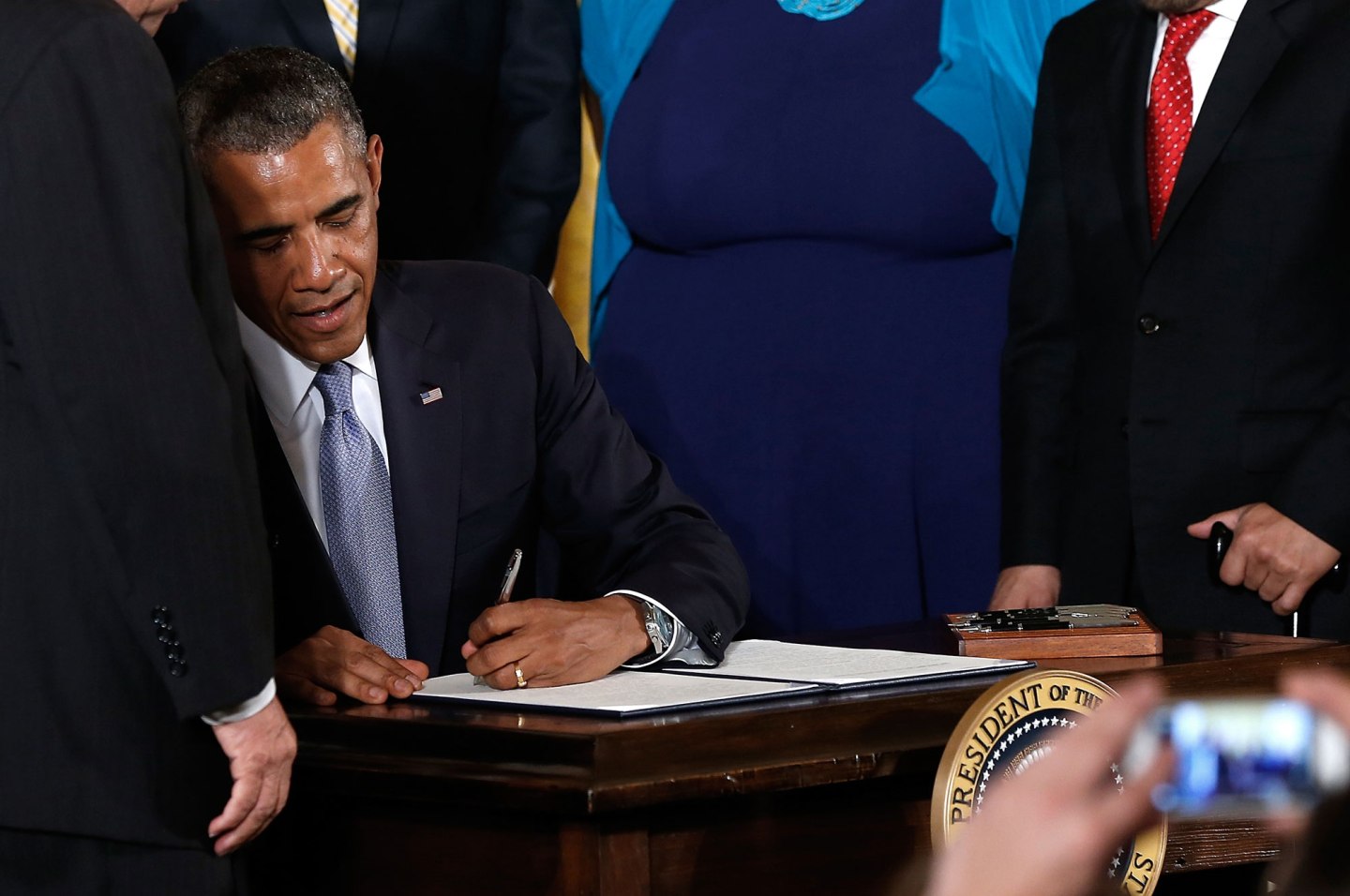 The past year in labor has been one of globally coordinated fast-food worker strikes, minimum wage fights, and union triumphs and failures. It has also been yet another frustrating year for America’s domestically hamstrung commander in chief.

Facing a divided Congress that has blocked worker-friendly legislation at every step, Barack Obama and his administration have resorted to executive orders, memoranda, and rulemaking to reshape American working life.

“The strategy has been to do whatever we can and work with whomever we can,” explains Betsey Stevenson, a member of the Council of Economic Advisers, in an interview with Fortune. “Part of what we need to be doing is asking, what are the right types of policies that ensure a labor market that is fair and working as well as possible for as many people as possible? And then leading by example, if we’re not leading by legislation.”

Liza Mundy, director of the breadwinning and caregiving program at the New America Foundation, notes that the first piece of legislation Obama signed after taking office in 2009 was the Lily Ledbetter Fair Pay Act, which expanded the ability of workers to file equal-pay lawsuits. At that time, Democrats enjoyed majorities in both houses, which they lost in 2011 when the Republicans regained control of the House. “They had some successes with actual legislation at the beginning, but now that we have a divided government, it’s more stealth measures,” says Mundy.

What has the Obama Administration done instead? For starters, it recently announced living wage requirements for federal contractors, whose employees make up roughly a quarter of the private sector workforce and whose best practices often filter through to the rest of corporate America.

“If you cover some core group, then those standards can become the operating standards for the community writ large,” says Heather Boushey, executive director of the Washington Center for Equitable Growth, a research center and grant-making institution. “That’s not insignificant. Many of those firms are some of the biggest, most profitable firms in the United States.”

The burgeoning economic recovery this year has allowed the White House to take action on wages, benefits, job quality, and career prospects for workers. “The first and foremost priority when the president came into office, and for the first several years, was turning that recession around….” says Stevenson. “The president has a job, which is to make sure the economy is working as well as it can. That means working with Congress, using his executive authority, and his regulatory authority. What you’ve seen this year is just him being on the job.”

Pressure on the minimum wage

In February, the White House ordered the Department of Labor to raise the minimum wage for federal contractors to $10.10 per hour. A proposed DOL rule in June is expected to lead to a final rule this fall.

Once a higher minimum wage is in place, researchers can gather data about its effects on employment, pay, productivity, and turnover. “There’s research that shows if you pay people more, it can cause them to work harder and improve effort,” Boushey says.

A March presidential memorandum called for raising the threshold for salaried workers who can’t claim overtime pay, currently about $23,000. More than 6 million people would benefit from a roughly $50,000 cap, according to a recent report by the Economic Policy Institute.

Business groups and conservatives say that the action will increase costs for employers and force them to more closely track white-collar workers’ hours, which could curb telecommuting and other flexible work options. “My concern is that this overtime initiative will have the unintentional but quite destructive effect of making sure that anyone who makes less than the overtime threshold will be unable to work remotely,” says James Sherk, a senior policy analyst in labor economics for the Heritage Foundation, a conservative think tank.

In April, Obama prohibited federal contractors from retaliating against employees who discuss their salaries with others and directed the Labor Department to require federal contractors to submit compensation data, aiming to eliminate unequal pay practices.

The National Partnership for Women & Families, a nonprofit advocacy organization, considers this the most significant action of the bunch, notable because the administration had previously signaled it was impossible. “It’s something we had been asking for. We were told it wouldn’t happen,” says Vicki Shabo, a vice president at the partnership. “It’s a testament to the administration’s ability to figure out what it can do legally.”

A DOL rule proposed in June would change the definition of a spouse under the Family and Medical Leave Act to apply to legal gay marriages. And a July order forces federal contractors to report on their labor law violations when applying for contracts.

In June, the White House convened events on helping working fathers and families with corporate leaders, union organizers, academics, researchers, and government officials. “They are using these public events to get media attention, to work with think tanks, to push corporate America to enact some of these policies, presumably because they’re not able to compel corporate America through regulation,” Mundy says. “It’s more of a public persuasion campaign.”

Up next? Paid leave

Worker advocates would like to see the creation of a national program to give employees paid time off to care for a new child or get treatment for an illness, either their own or a family member’s. While GovTrack.us gives a paid leave bill a 0% chance of being enacted, Shabo is optimistic that within the next five years, legislation will be given serious consideration. “This is something that is getting more attention. It is something I would be surprised if presidential candidates in 2016 didn’t have to address,” she says.