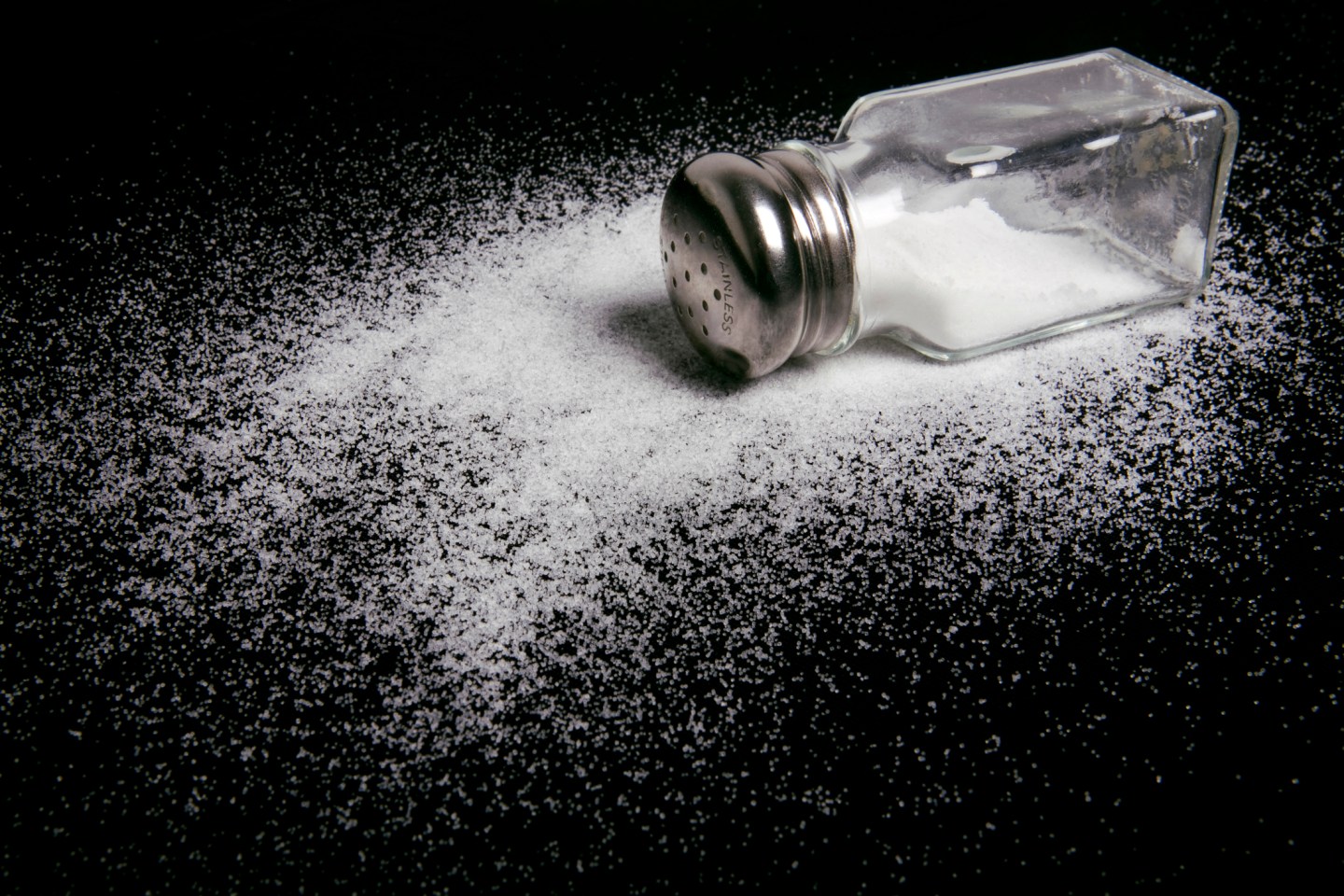 Salt is an absolutely essential ingredient in most processed food. So it’s no surprise that the food industry is starting to make a little hay of new research concluding that too little salt in the diet might be as harmful as too much.

But the industry so far is treading carefully. There are two reasons for that: first, because at this point it’s impossible for food producers to know what to do with this new data, all of it published recently by the New England Journal of Medicine; and second, because over the years, the food industry has created a whole thriving market for “low sodium” products. Any kind of sweeping statement on salt would hurt one part of the industry or another.

Three studies were published. Two of them concluded that underconsumption of salt might be harmful. A third basically matched the findings of earlier research, showing that cardiovascular risk rises with increases in sodium consumption of over 2 grams per day — the maximum recommended by the World Health Organization (that’s the equivalent of 5 grams of salt, since salt is about 40% of salt). The first two have drawn criticism because of the methodology used, but those are the ones the media picked up on — which is not surprising given that the media love counterintuitive science stories. The third study was far more rigorous and far less assailable.

All three studies are certainly legitimate — peer reviewed and published in a prestigious journal. And there’s not much science behind how what researchers called “aggressively low” salt targets might affect human health. But the first two were observational and found only an association between such low sodium intake and cardiovascular risk, not a cause-and-effect relationship. More study is surely needed, but none of the research published last week counters what is the overwhelming (though not universal) scientific consensus: that in general we eat too much salt and that it poses health risks, particularly hypertension.

After the research was published, the Grocery Manufacturers Association called for more study of the question, basically echoing what the New England Journal of Medicine itself said. The GMA was careful not to specifically endorse (or dispute) the new research, which is not surprising given the quandary it presents. The problem can be seen within the GMA’s statement itself. It’s almost an internal dialogue:

And while we are committed to continuing in our efforts to provide consumers with these lower sodium product options, we think that the articles such as those recently published in the New England Journal of Medicine warrant serious consideration by some public health authorities. In particular, the article by O’Donnell and colleagues further adds to the scientific evidence that low sodium consumption, at levels recommended by public health organizations, may actually increase cardiovascular risk. Therefore, it is vitally important that we undertake definitive studies to resolve the health impacts, both positive and adverse, of low sodium consumption to ensure public health interventions aimed at lowering sodium consumption provide benefit and do not cause harm.

In addition, the U.S. Federal government needs to conduct an independent credible reassessment of the Dietary Reference Intakes, which form the basis for current sodium intake recommendations. This reassessment is critical to establishing public health policy that does not harm the health of US consumers.

The food industry depends heavily on salt, and as long as it wants to sell us processed foods, it always will. But it also has created a whole sub-industry devoted to creating and marketing low-sodium products. According to data released last year by MarketsandMarkets, the “salt reduction market” — which includes substitute ingredients and various manipulations of salt crystals to reduce their sodium content — is growing by about 11% a year and will surpass $1 billion by 2018.

But those investments, while substantial, don’t mean the industry isn’t still heavily reliant on salt. Life for food makers would be much easier if they didn’t have to deal with the salt question at all.

But what do they do when research shows that both too much and too little salt might be harmful? Do they take a Goldilocks approach, claiming that their products contain the “just right” amount of salt? That would be very difficult concept to get across on a label, especially since there is little agreement on how much is “just right.”

The salt industry, meanwhile, isn’t too worried about Big Food’s marketing challenges. “I really wish the food industry would have a little guts,” said Morton Satin, vice president in charge of science and research for the Salt Institute, the trade group representing the salt producers. Marketing “low sodium” products is just a way for big food producers to “mollify the FDA” and industry critics like the Center for Science in the Public Interest, he said. “They’re just conforming to what their perception of public opinion is” rather than to what the Salt Institute believes the research to show — for instance, that salt is not a major contributor to hypertension.

Of course, plenty of observers differ with the Salt Institute on this score. One of them is nutritionist Marion Nestle, who sees the food industry’s efforts to reduce the salt in its products as a good thing. “The strategy is to reduce salt in food products gradually so people don’t notice it and get used to a lower salt taste,” she wrote in an email. “To do this, all food companies need to participate.”

That would be a major win for critics of salt. About 75% of the sodium we eat comes from processed food and restaurant meals, which are themselves often composed of a lot of processed foods.

Meanwhile, the industry is stuck trying to navigate through this highly complex problem. But whatever new research might come out on the harms of too little salt consumption, the ill-effects of overconsumption will continue to be an effective weapon wielded by critics of the food industry.