From Russia, no love for American brands 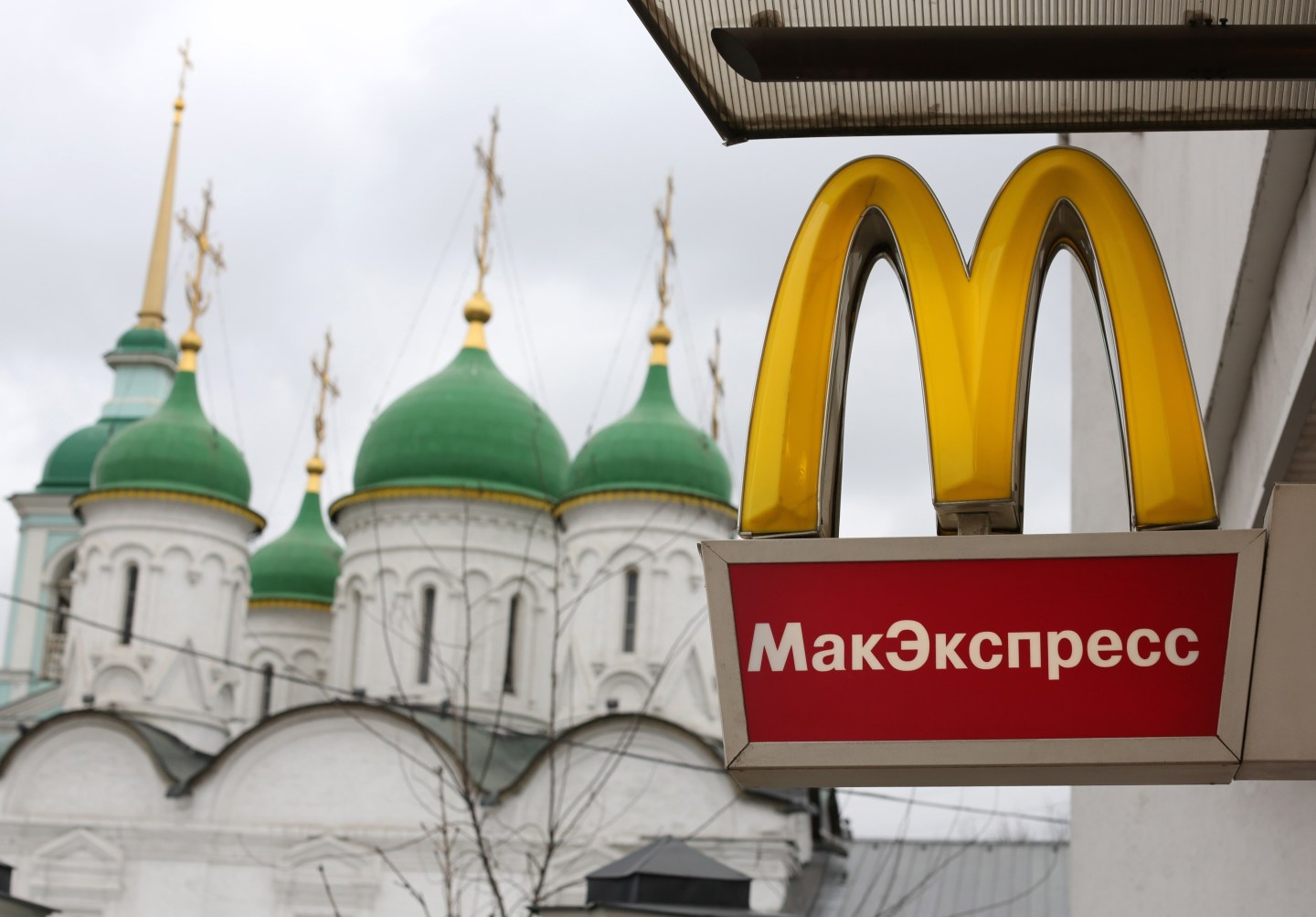 A logo hangs on display outside a McDonald's food restaurant in Moscow, Russia, on Sunday, April 7, 2013. McDonald's Corp., which virtually created the market for burgers and fries in the country and convinced Russians it's OK to eat with their hands, must fend off a growing challenge from rivals Burger King Worldwide Inc., Subway Restaurants, Yum! Brands Inc. and Wendy's Co. Photographer: Andrey Rudakov/Bloomberg via Getty Images
Photograph by Andrey Rudakov — Bloomberg/Getty Images

American brands aren’t getting much love from Russia these days.

U.S. consumer-product companies — which have raised red flags about how a geopolitical crisis between Russia and Ukraine could affect sales — say they are having trouble selling their iconic American brands in a market that’s becoming increasingly hostile toward the West.

Over the past several weeks, executives at a number of top American food and beverage firms have told analysts that a weak Russian economy, low consumer confidence and geopolitical concerns in the region put their sales at risk. The U.S. corporations are also navigating an increasingly tricky landscape, as sanctions escalate between the West and Russia, with the latter recently enacting a ban on the import of many Western-produced foods.

Beyond those macroeconomic and sanction-fueled problems, just being perceived as an “American” brand can make life difficult for these companies.

A poll by SuperJob’s Research Center earlier this month reportedly found that 62% of Russian respondents support the closure of all McDonald’s in Russia. That survey was taken in the week that followed McDonald’s (MCD) decision to close its three restaurants in Crimea, a region that Russia annexed from Ukraine.

McDonald’s problems in Russia have since worsened. Reuters on Wednesday reported Russian courts ordered the temporary closure of three McDonald’s restaurants in Moscow over alleged breaches of sanitary rules. Some have alleged the crackdown is politically motivated (a claim the food safety watchdog has denied).

It hasn’t been fully determined just how much Russians’ views of the U.S. and its corporations have soured since the crisis in the Ukraine escalated. But if American brands were to be looked at with poor regard, it could have a lasting impact — especially because U.S. companies are known to market their brands as “American” when selling in overseas markets.

McDonald’s isn’t the only American company facing woes in Russia, though its challenges are certainly the most high profile. Executives at PepsiCo (PEP), Brown-Forman (BFB) and other companies have warned of geopolitical-driven problems. Brown-Forman in a statement Wednesday said the geopolitical environment remains fragile, “particularly in Russia, where iconic American brands are experiencing increased scrutiny.”

On a positive note, the problems in the Russian market haven’t yet turned up in most financial reports. Brown-Forman’s sales in Russia were resilient in the latest quarter, up in the double-digits and matching the performance of other emerging markets such as Turkey and Brazil. Pepsi also reported higher sales for their latest quarter, although the growth wasn’t as strong as in China and Brazil.