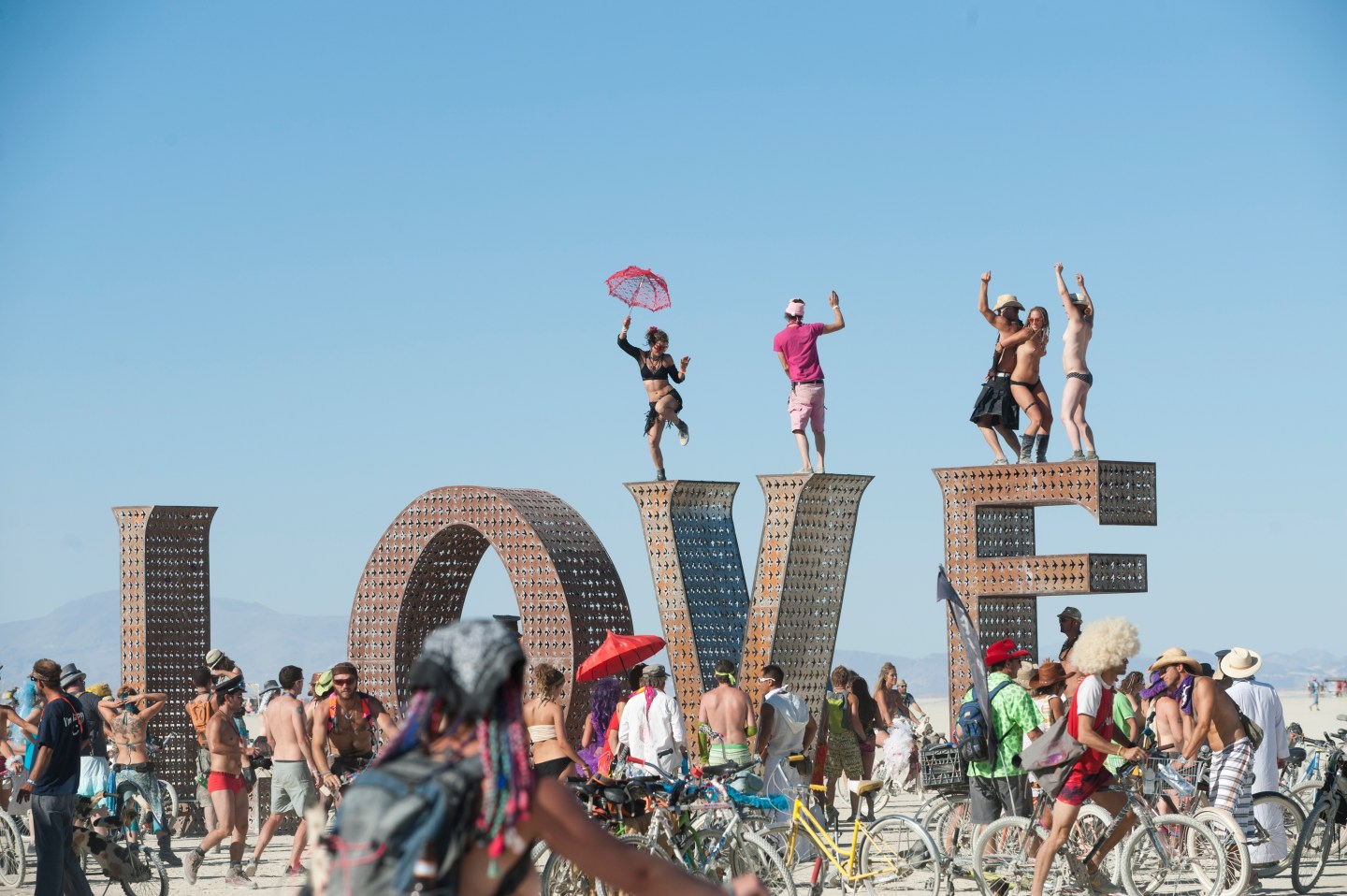 Just before the weekend, I was chatting with someone who rather excitedly was heading off to Burning Man this week. She mentioned the elaborate plans in progress for the “camp” she planned to inhabit for the duration of the event in the Nevada desert. Never having been to Burning Man, I share assumptions about the gathering with other deprived souls, that, in Nick Bilton’s amusing words, it is “a white-hot desert filled with 50,000 stoned, half-naked hippies doing sun salutations while techno music thumps through the air.” In other words—and I swear I’m not being judgmental here—it’s probably not my cup of tea.

What triggered a reaction in my brain was the word “camp.” Attendees of “The Burn” put great effort into their camps. It’s their community-within-a-community for a week, their little (or big) social unit, and a source of pride and cohesion. Great care goes into transporting materials to build the camp as well as to feed its residents, right down to the suggested amount of water per day per person. People visit each other’s camps. It’s all very social. It seems to be one of the great joys of Burning Man.

My epiphany over the word “camp” was that only a few weeks ago I was listening to someone else talk about the various camps at Bohemian Grove, a rather different gathering of people in Monte Rio, Calif., along the Russian River and, like Burning Man, a relatively easy drive from San Francisco. “The Grove,” you see, also has camps, some that are bare-bones and others that are quite elaborate, with white table linens and servants. (Bilton reports that the rich and powerful at Burning Man have “Sherpas,” a slightly more palatable expression than servant.) One of the popular things that Grovesmen—and they are men—and their guests do is visit each other’s camps. I should note that I’ve never been to Bohemian Grove either.

I mentioned the comparison to the “Burner” and was immediately met with disagreement. Burning Man is open to all; Bohemian Grove is open only to men—typically white, affluent, Republican men, and certainly by invitation only. All true.

But the comparisons are too many to ignore. The central event of Burning Man is, obviously, burning the wooden man in effigy, a spectacular finale to the event. In Burning Man lore the burning of the man is an act of “radical self-expression,” with apparent roots to pagan rituals. Or maybe the hippies in the desert simply were imitating the WASPs in the redwoods, who for years have conducted the “Cremation of the Care,” a Bohemian Grove tradition of burning a coffin effigy to signify a “cathartic release of life’s worries.” Members of Bohemian Grove vow not to discuss business in their hallowed place, and they have an expression to codify the prohibition: “Weaving Spiders Come Not Here.” Burning Man also isn’t supposed to be about business, and no doubt there are pros and cons among attendees regarding the lack of Internet access. One can almost hear the pre-emptive business comment at Burning Man: “Dude, let’s connect later on LinkedIn.”

One event is exclusive to a fault and exceedingly odd: men urinating on redwoods and dressing in drag to perform theater. The other is exceedingly open (until tickets sell out) to those who can afford the trip and exceedingly odd: normally buttoned-down professionals cavorting, experimenting, and making radical art—then returning to their soul-crushing jobs in Silicon Valley.

This feels like the place to insert some trenchant observation about human nature, about how we all like to congregate in self-selected groups of like-minded people, all the better if we can do things together that spice up our lives. And there’s something really appealing about burning stuff too. What to make of that?