How to talk money before they go off to college 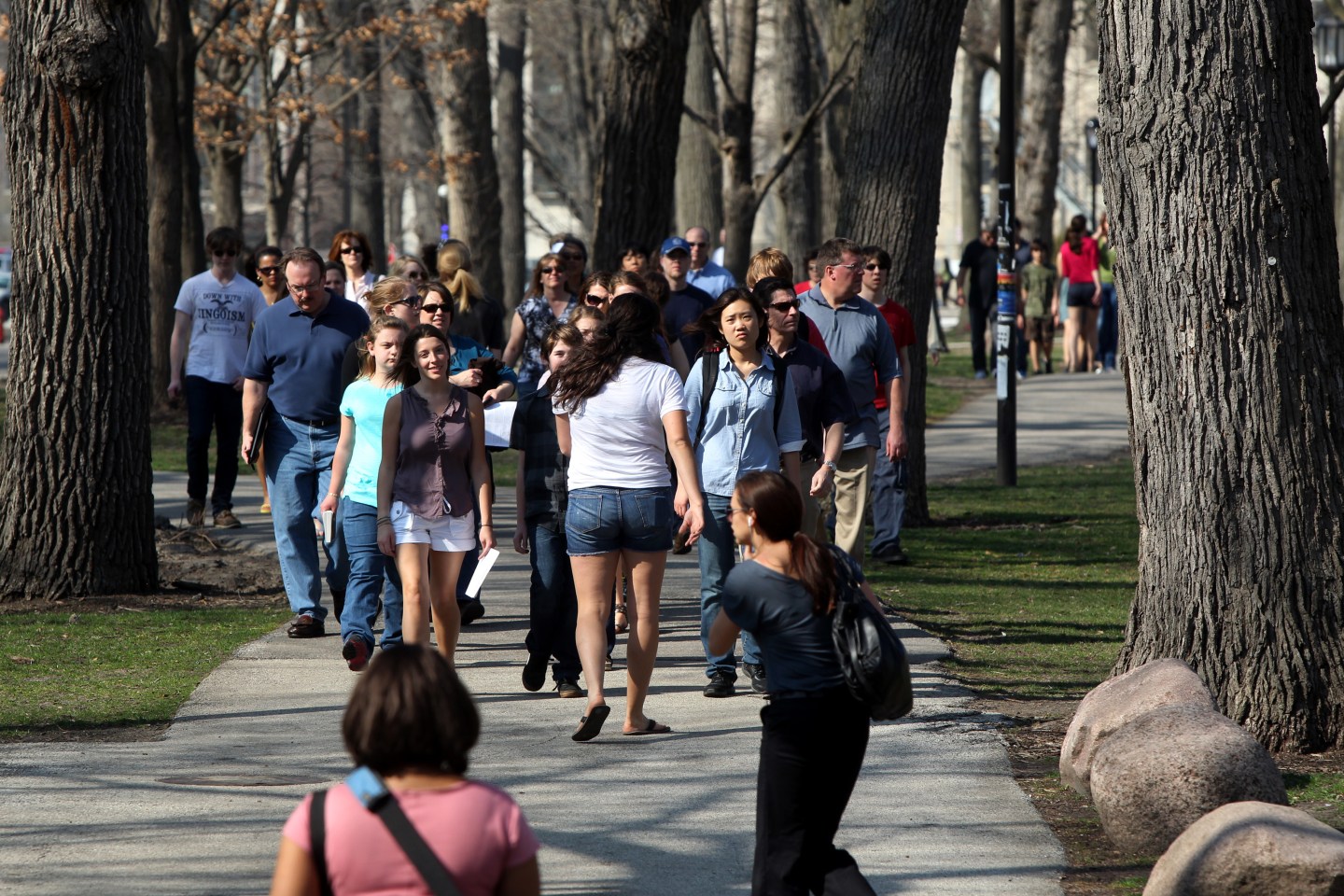 The car is packed. The courses chosen. The pilgrimage to Bed, Bath & Beyond (BBBY) completed. Your child is headed off to college and every need is filled. Or is it? How about the skills necessary not to blow whatever budgetary limits you’ve set in the first semester, if not the first month?

It’s not an easy maneuver to accomplish. Chances are your child got little to no personal finance education in high school. That means the skills they have to manage their own money are the ones you’ve taught them. And they may not have picked up as much as you think. T. Rowe Price’s 2014 Parents, Kids and Money survey revealed that while nearly 75% of parents say they’re having regular conversations with their kids about money, only about 60% of kids say the same. (Could it be they’re not listening? Shocking!) With that in mind, here’s a quick checklist of items to discuss before you drop them off at the dorm.

Spending limits. Some colleges will provide you with guidelines of how much spending money to give your kids. Northwestern University, for example, says about $2,000 will be sufficient for the 2014-2015 academic year, while the University of Arizona says $1,800 (not including books). Stretching those dollars, however, will be hard for kids who aren’t used to paying for their own pizza, let alone laundry and shampoo. It’s important to sit down with your kids to develop a basic list of what money will likely be used for – and how much those things cost – to make sure actual expenditures fall in line with these estimates. (Full disclosure: My son is at Northwestern University. Their number seems low to me.) Richard Barrington, senior financial analyst for MoneyRates.com, also suggests doling the money out slowly – say a month at a time — and for specific purposes. “Over time, parents can give kids a longer leash, providing money for longer periods of time,” he says.

The ID card. The student ID card is now a veritable Swiss Army Knife. Sure, it gets you into the library. But it also swipes you into the dining halls. And it’s essentially a prepaid debit card, as well. Parents put money on an account and students use that money for food, copies or whatever other campus service they need. Often, they blow through it too quickly. “For a student, it’s mythical money out in the clouds somewhere and that can be dangerous,” says J.J. Montanaro, a certified financial planner with USAA. That’s the bad news. What’s good about these cards is that you (and your student) have the ability to check what your balance is at any time. And, because the amount on tap is capped, there’s not the same risk you’d have if you handed your child a credit card (more on that in a moment). “The worst thing that happens is that a student blows three months worth of money in 10 days.” Talking about the card before your child leaves home can prevent that from happening.

Picking the right bank. Although it may seem more convenient to have your child bank at the same institution you do – so that you can transfer funds into his or her account in the event of a shortfall – it may also prove to be more expensive. The Achilles heel of the college student when it comes to banking is the $3 a pop ATM fee. Chances are there are one or two banks with a convenient ATM presence. (One may even be able to link its debit function to the aforementioned student ID.) Unless your child has an account and card with one of those, these ATM charges add up. Fast.

A credit card for emergencies. Since the passage of The Credit CARD Act in 2009, kids under 21 are not supposed to be issued credit cards of their own unless they have either income to support their spending or a co-signer. Have some slipped through the cracks? Undoubtedly. But the credit scores of millennials have also suffered as a result. I wrote about this for Fortune in February. If you want your child to a) have credit on hand for either emergencies or regular usage and/or b) build a credit history while in college, the best way to go about it is to add your child to one of your accounts as an authorized user. Make sure the card you choose actually will report on the child’s behalf to the credit bureaus. Some issuers, including American Express, will also allow you to set a spending limit that applies to your child’s card alone. As you can imagine, this comes in handy. Note: According to Javelin Strategy & Research, nearly 25% of college students now have prepaid cards in their wallets. This might solve the budgeting/emergency problem, but not the credit score issue as prepaid card history isn’t reported to the credit bureaus.

Finally, talk to your child about getting a part-time job. The money they’re undoubtedly going to blow through on a college campus – like anywhere else – looks far more valuable when they’ve actually earned it.

With reporting by Steven Goldstein.