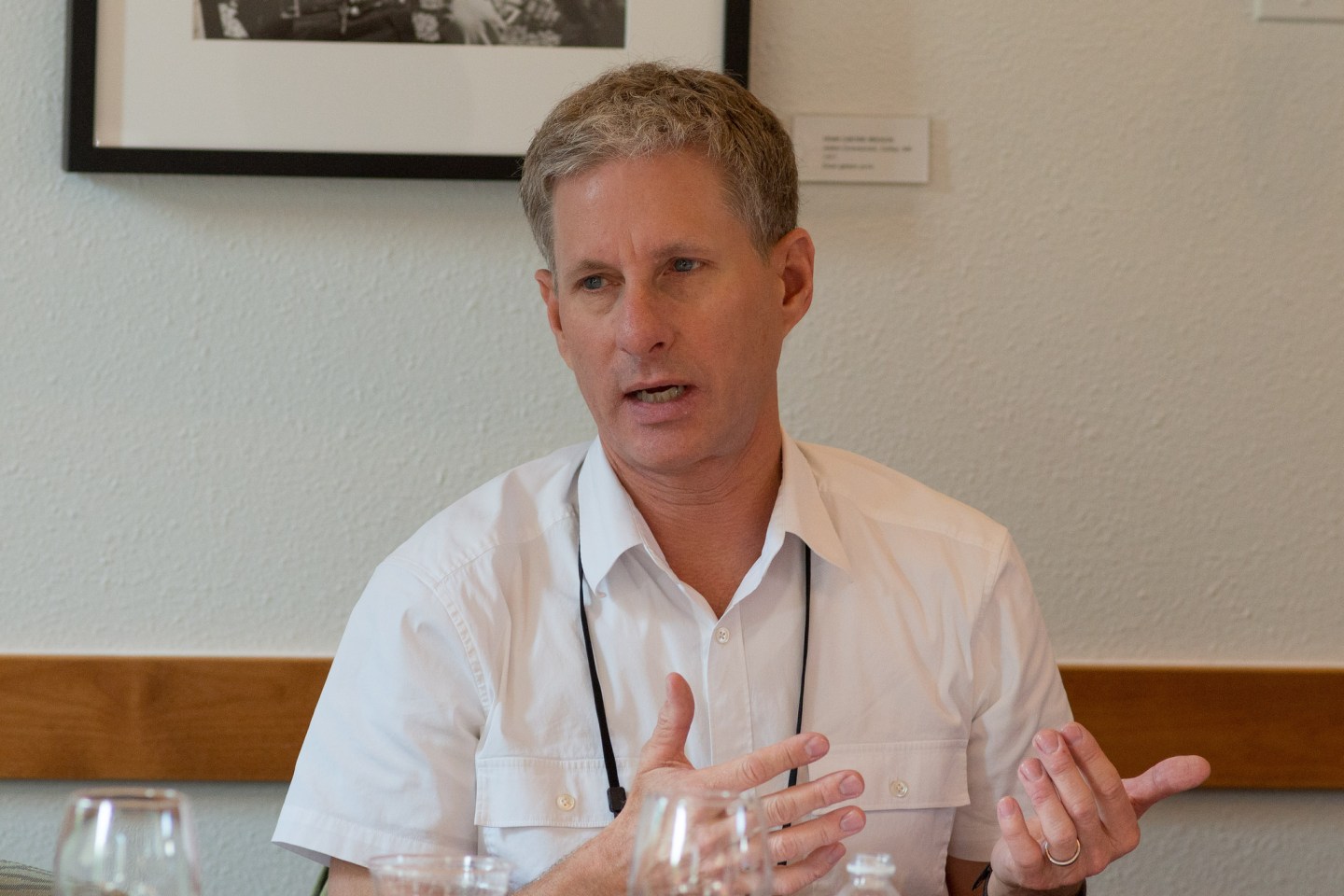 The late linguistics and political columnist William Safire used to write delightfully about retronyms—words or expressions that change because newer versions of the object or concept they describe render the original obsolete. An acoustic guitar, for example, was a plain old guitar before the electric guitar came along. A telephone became a landline telephone with the advent of the mobile phone.

I thought about retronyms the other day when for the first time I heard what I’d always thought of as the Internet referred to as the “Internet of knowledge.” Already we’ve all been nauseated by the “Internet of things.” But then the finance-technology entrepreneur Chris Larsen told me about the “Internet of value exchange.” He differentiated this newer network from one that transmits knowledge, otherwise known as the original version of the Internet.

The details of this value-exchange network are complicated but the concept—and the comparison to the original, knowledge-based Internet—is straightforward. Larsen run a virtual-currency company called Ripple Labs. It traffics in a digital currency of its own creation called XRP. The point of XRP, similar to bitcoin, is that it enables financial institutions to transfer money across the country or around the world quickly and cheaply. Here’s where the analogy comes in. A snail mail (another retronym) letter travels expensively and slowly from point to point. An email zips from sender to receiver in a heartbeat and at nearly no cost. Virtual currency enables money transfers over the Internet rather than the system known as the correspondent banking system, a racket run by global banks. “We think” says Larsen, “this is the first viable alternative to correspondent banking.”

I can’t judge if virtual currencies can replace foreign exchange as we know it. I do know that Larsen has a track record of being early on such things. In 1994 he founded E-Loan, an online mortgage broker he took public and ultimately sold to Banco Popular for a fraction of its peak bubble-era valuation. In 2006 he launched Prosper, a person-to-person lending platform that smacked head-long into regulatory opposition from the U.S. Securities and Exchange Commission. Prosper survives today, along with its bigger competitor, Lending Club.

Ripple actually refers to two entities: Larsen’s for-profit company, Ripple Labs, and an open-source protocol called Ripple, which allows financial institutions to plug in and augment to their own needs. (Digital publishers will recognize an analog to Ripple and Ripple Labs in WordPress, the open-source blogging platform, and Automattic, the company that created it and provides services to companies that use it.) Ripple funded itself in part by selling a sizable chunk of the virtual currency it created to make its system work. (An article explaining Ripple and its relationship to the global banking system appeared on Fortune.com earlier this year.) On the day I visited, Ripple Labs had just moved into new, hip offices in San Francisco’s Financial District. Its conference rooms are named for famous economists, including Hayek, Friedman, and Keynes. Employees of the month are termed “Ripple Laureates.”

Who knows if the expression “Internet of value exchange” will catch on or if one day we’ll be referring to the retronym “Internet of knowledge.” For now, these words help us understand complicated and exciting changes in the world around us.