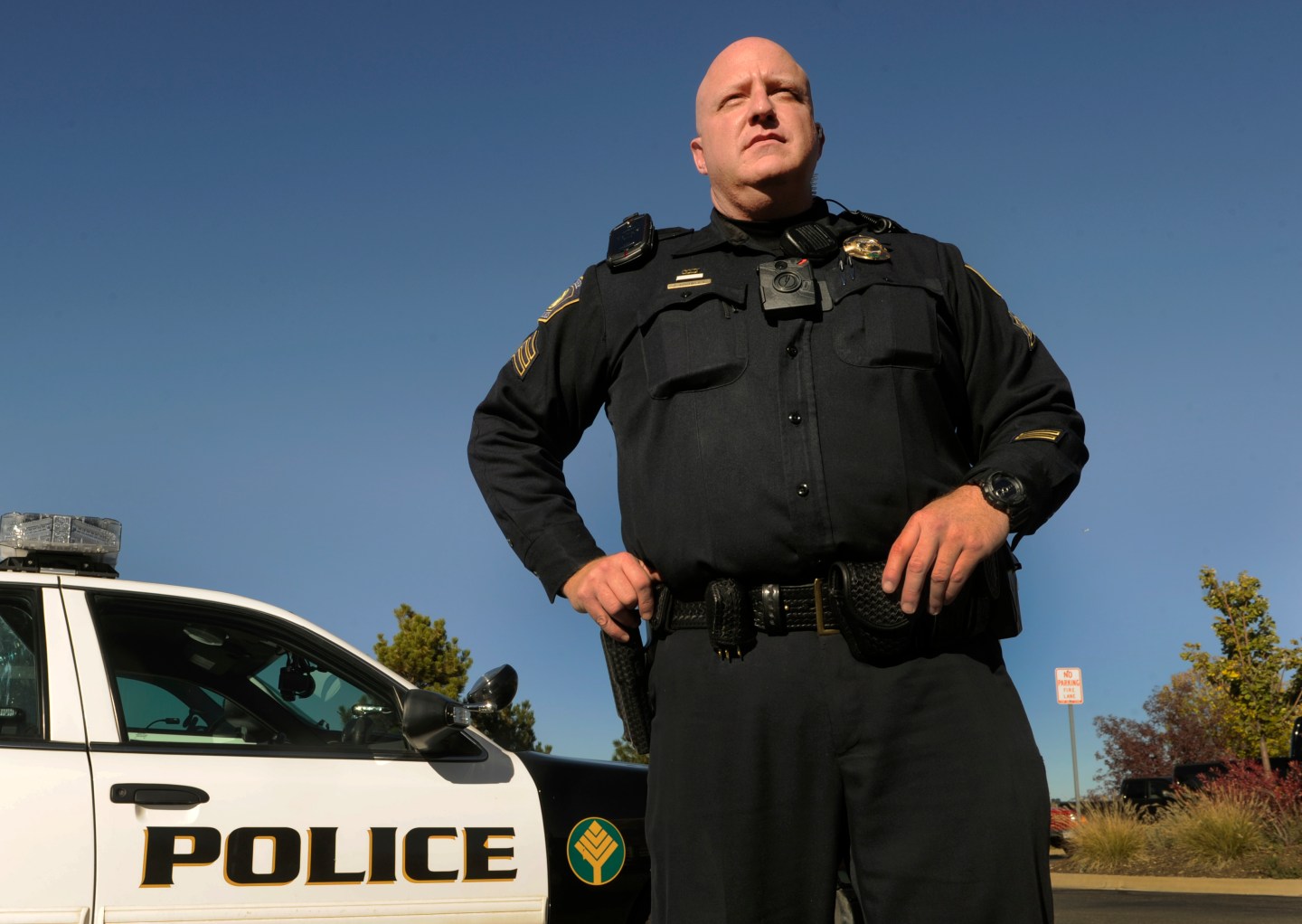 LONE TREE, CO. - OCTOBER 23: Lone Tree Patrol Sergeant John Crowley showed the Denver Post the Taser Axon camera that will be issued to all officers to record their interactions with the public. The photo was made Wednesday afternoon, October 23, 2013. Photo By Karl Gehring/The Denver Post via Getty Images
Photo by Karl Gehring Denver Post—Getty Images

Shares of electroshock gun maker Taser are up 28 percent over the past week amid speculation that the events in Ferguson, Mo., could boost demand for the company’s cameras.

Investors are speculating that following the shooting death of Michael Brown on Aug. 9, the body cameras produced by Taser will soon be de rigueur for police departments nationwide, creating a profit boom for the company.

Not so fast, says one analyst.

“I don’t see that there is going to be a massive deployment everywhere of this,” said Brian Ruttenberg, an analyst and managing director with CRT Capital Group. “And it’s not going to be quick.”

In 2013, video-related services represented just 7.5% of Taser’s (TASR) total sales, with the rest being sales of the shock guns the company is famous for.

Ruttenberg said that while some major police departments, such as those in Los Angeles or New York, could invest in Taser’s body cameras and the Evidence.com back-end cloud service that comes with it, the vast majority of American police officers work in rural or suburban areas that just aren’t going to spend the money to deploy the system.

And even if Ruttenberg is wrong about the interest in body cameras, he still doesn’t think Taser will necessarily be able to cash in.

Currently, Taser works with Amazon (AMZN) to provide the private cloud services, and no one else has the ability to do so right now. If there is more demand, though, that will change.

“The key in my opinion is the back-end service,” Ruttenberg said. “My concern is that if this does take off, that a lot of big agencies do want to buy this, competition will come into this space quickly.”

Ruttenberg noted that Google (GOOG), IBM (IBM) and Cisco (CSCO) are already working on private cloud storage programs that could compete with the Taser/Amazon system.

For now, though, Ruttenberg says the stock for Taser is “getting tech multiples [he’s] never heard of,” and that the market cap has increased $150 million in the past 6 trading days.